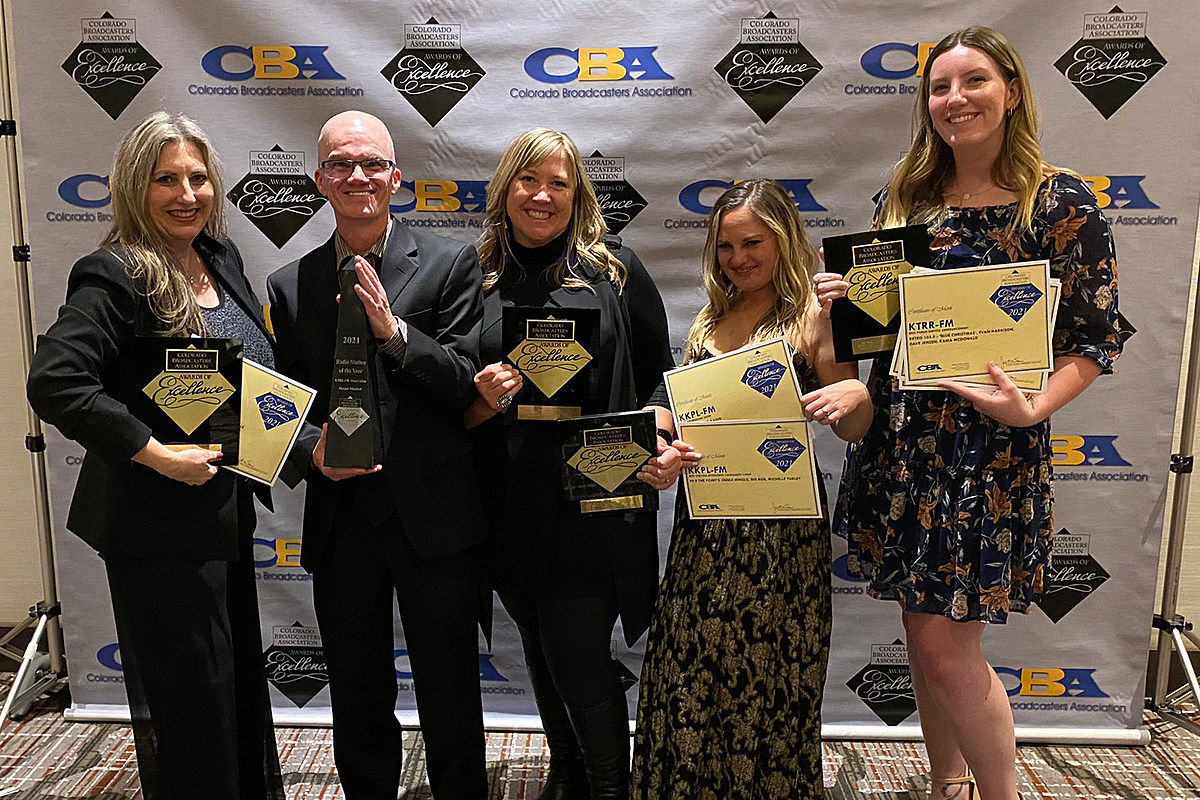 Townsquare Media’s Retro 102.5 FM has been named station of the year among the market’s top stations at the Colorado Broadcasters Association’s Excellence Awards Gala on Saturday in Denver.

Townsquare Media Northern Colorado won big with 13 awards won at the annual event. Among the major market accolades are four top awards for excellence for Retro 102.5 and 99.9 The Point.

“I’m incredibly proud of our dozen local content creators and our team of account executives,” said Townsquare Media Market President Evan Harrison. “Receiving 13 awards confirms our commitment to serving our local market with passion and big ideas that resonate locally on radio and on our apps and websites, reaching and engaging ALL NoCos.”

Retro received an award for excellence in:

Additional certificates of achievement for Retro include:

Three certificates of achievement for The Point include:

The annual Colorado Broadcasters Association Achievement Awards Gala was held on April 9, 2022 at the Grand Hyatt Denver. The ABC recognizes “Stations of the Year” with a point system that determines winners in each market based on the number of awards (first place) and certificates (second place) earned by each station.