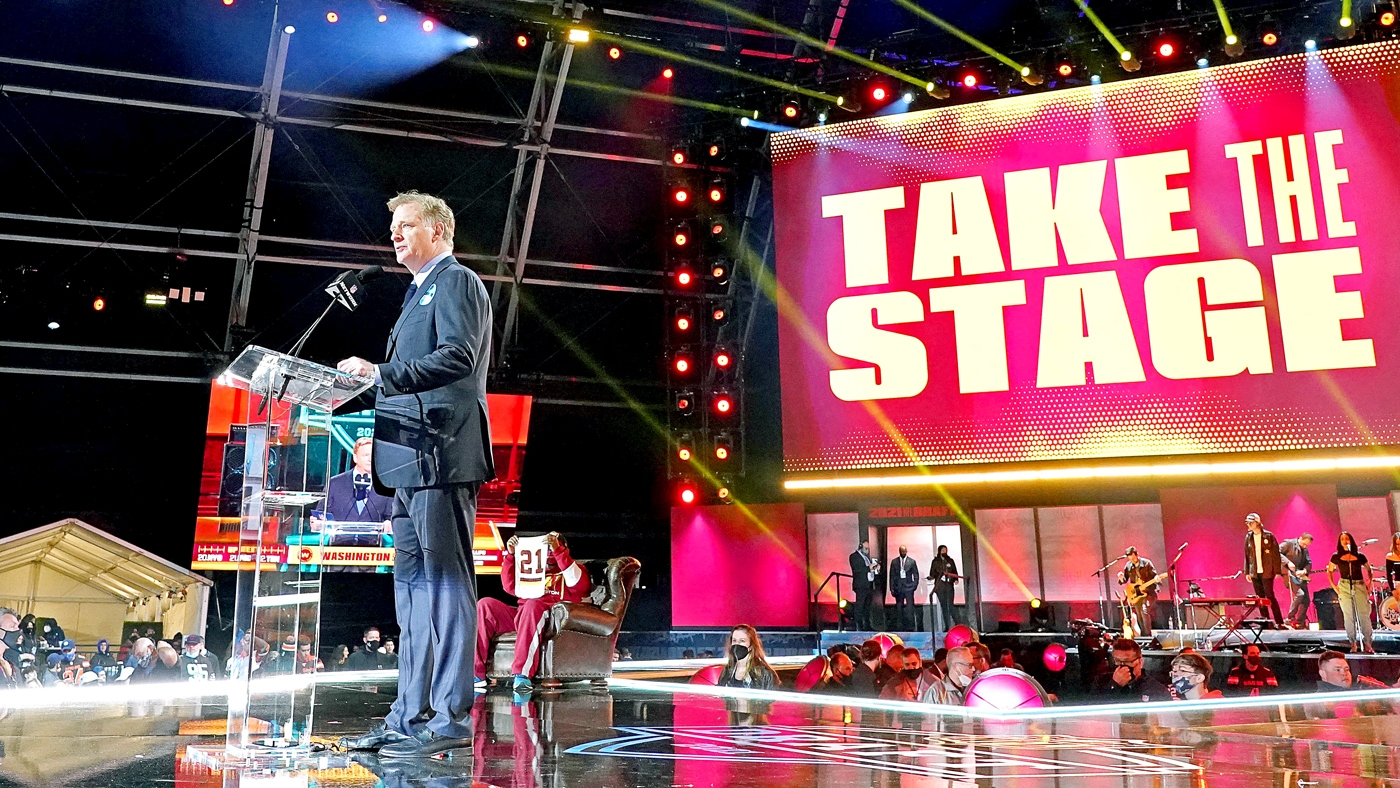 The San Francisco 49ers do not have a first-round pick in the 2022 NFL Draft, but have nine selections in this week’s event. Below is much-needed information for the three-day rookie selection process, the 87th in league history.

The 2022 NFL Draft will be held at the Draft Experience and the Draft Theater on the Strip in Las Vegas, Nevada. It will be located next to the Caesars Forum convention center and between the High Roller Ferris wheel and the LINQ hotel.

The 2022 NFL Draft can be streamed live on the ESPN app or the NFL Mobile app.

From the morning of April 26

Nobody is perfect. Found an error in this article?
Report it.

There has been a ton of uncertainty surrounding the San Francisco 49ers and Deebo Samuel after the receiver allegedly requested a trade, with the mainstream media providing a number of unverified reasons as to why the requested trade took place. If Samuel does make it to the commercial market, he’s sure to be a hot commodity, as many NFL teams are looking for their own version of Samuel, the all-in-one, and may have the opportunity to get the known merchandise. NFL Network’s Daniel Jeremiah held a pre-draft conference call, where he was asked about the most Deebo-esque receiver in the draft, where he gave an interesting answer about the most comparable receiver to Samuel in this upcoming draft. “I feel like every year everyone tries to find the next

The NFL has announced that the 2022 schedule will be announced Thursday, May 12 at 5:00 p.m. PT on NFL Network, NFL.com and the NFL App. That’s when San Francisco 49ers fans will learn the dates and times of the team’s upcoming games. The 49ers’ opponents in 2022 have been known for a while now. The NFL will also announce other select games before May 12. The breakdown is below. First Thursday Night Football Game on Amazon Prime Video (Week 2, September 15) – Thursday April 28 in the first round of the 2022 NFL International Draft Games – Wednesday May 4 Select games – Week of May 9 Clubs will announce their

NFL.com’s latest mock draft has 49ers on defense with their top 3 picks

You have to applaud anyone who tries to create a seven-round fictional draft. After the first dozen picks, there will be more missed screenings and hits. However, these massive efforts are a good indicator of the perceived needs of each team. NFL.com’s Chad Reuter is the latest analyst to deliver a seven-round draft simulation. Although it contains trades, it does not feature the San Francisco 49ers shipping wide receiver Deebo Samuel to return in the first round. The 49ers don’t have a first-round pick this year and next, thanks to last year’s trade with quarterback Trey Lance. For now, San Francisco’s first selection arrives in the

In March, ESPN’s Jeremy Fowler reported that the San Francisco 49ers gave second-year quarterback Trey Lance the “full impression behind the scenes” that he would be the team’s starter in 2022 seasons, Jimmy Garoppolo remains on the list. That could change before Week 1 as the team continues to search for a business partner for the veteran quarterback. According to Fowler, things haven’t changed much since that initial report, even as we get closer to the 2022 NFL Draft and Garoppolo remains. The ESPN reporter reiterated that the 49ers still hope to part ways with Garoppolo and roll with Lance under center. “The market