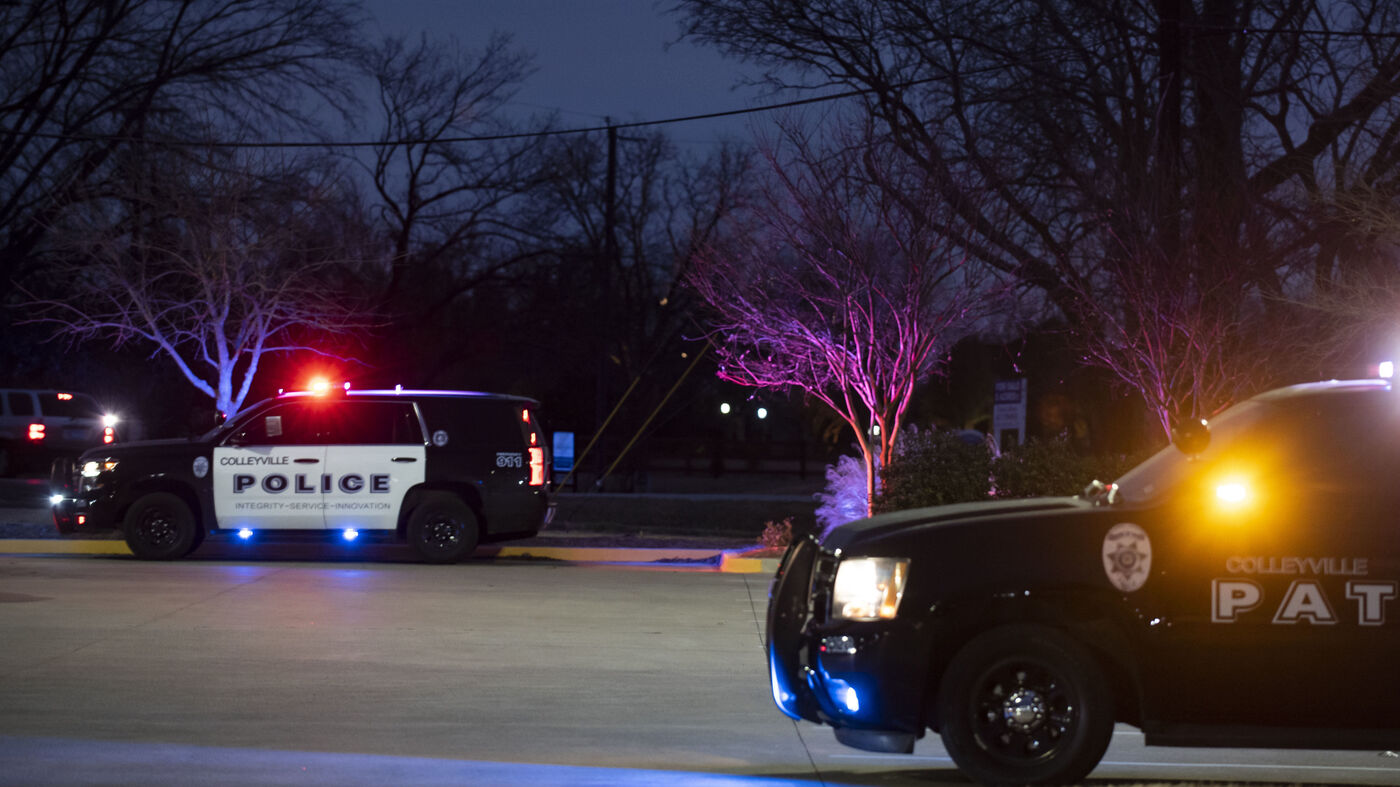 All hostages safe and shooter dead in Colleyville, Texas: NPR

All hostages held at a synagogue in Colleyville, Texas are now safe and the suspect died after a 10 a.m. standoff Saturday in the Dallas-Fort Worth suburb.

Officials say there is no continued threat to the community.

Law enforcement called in a SWAT team and negotiators spoke with the hostage taker throughout the day. The man freed a hostage around 5 p.m. local time.

“It’s very likely that this situation would have ended very badly earlier today if we hadn’t had professional and consistent negotiations on the subject,” FBI Dallas Special Agent in Charge Matt DeSarno told reporters. .

A special FBI hostage rescue team arrived from Quantico, Va., Miller said. The team moved in at 9 p.m. and rescued the three remaining hostages and the suspected hostage taker was left dead.

“We are grateful that this resulted in a very positive resolution,” Police Chief Miller said.

On Saturday, members of the SWAT team deployed near the Congregation Beth Israel Synagogue in Colleyville, Texas, near Dallas.

On Saturday, members of the SWAT team deployed near the Congregation Beth Israel Synagogue in Colleyville, Texas, near Dallas.

The hostage taker was heard during a Shabbat Service livestream

A Shabbat service was scheduled at Congregation Beth Israel at 10 a.m. A Facebook live stream of the service ended just before 2 p.m.

The Associated Press reported that the man was heard on the livestream demanding the release of Aafia Siddiqui, a Pakistani neuroscientist serving an 86-year sentence in a Texas prison. Siddiqui was convicted in 2010 of shooting U.S. soldiers and officials in Afghanistan after arresting her on suspicion of terrorism in 2008.

Law enforcement officials did not confirm the suspect’s identity, motives or claims, saying it was an ongoing investigation, but there were no indications of an ongoing threat. DeSarno said the man was “singularly focused on one issue” in his requests and was not specifically related to the Jewish community.

The long history of anti-Semitic attacks

The incident has rekindled memories of the long history of anti-Semitic attacks in the United States and around the world, including in recent years when a man opened fire on worshipers at Pittsburgh’s Tree of Life Synagogue in 2018. , killing 11 people.

President Biden thanked law enforcement for the rescue operation. “We will learn more in the coming days about the hostage taker’s motives,” Biden said in a statement. “But let me be clear to anyone who intends to spread hatred: we will oppose anti-Semitism and the rise of extremism in this country.”

Radio Buckie aims to connect to a brighter 2022