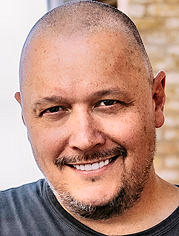 â€œTo say I’m honored that Jennifer Leimgruber and Rod Phillips asked me to join After MidNite would be an understatement,â€ AntMan said. â€œThis show is legendary, and having the confidence to help guide this business is a lesson in humility. Granger is one of the most genuine people I have ever met. I have the honor to call him one. great friend, and who doesn’t want to work with their friends? I’m happy to get started.

“We couldn’t be happier to welcome AntMan to the Premiere Networks and After MidNite family,” added Jennifer Leimgruber, executive vice president of entertainment programming, Premiere Networks. “Over the years AntMan has worked with Granger on several projects and we are confident his decades of country radio experience make him the perfect choice to successfully lead this exciting new chapter of After MidNite.”

AntMan continues to host the “Picture This! With The Antman” podcast, and has programmed several country stations over the past 23 years, most recently iHeartMedia’s KASE 101 and 98.1 KVET in Austin, TX. In July 2021, he partnered with Granger Smith to launch Yee Yee Radio, a new online radio station. Prior to that he was Assistant Program Director and Music Director for KNIX in Phoenix. He joined Country Station in 2013 after working as a PD Assistant and Afternoon Air Personality at iHeartMedia Nashville’s The BIG 98.