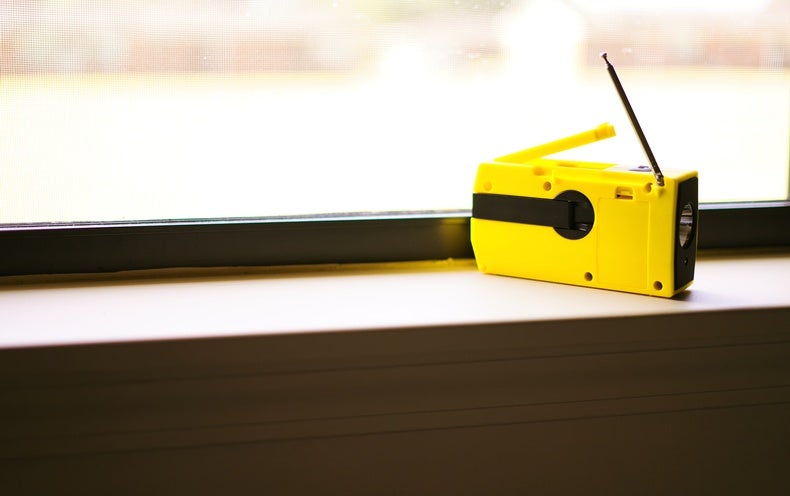 When you live in Tornado Alley, you get used to school drills, periodic siren tests, and storms that knock trees and flood roads. One face you know above all else is the broadcast meteorologist, who regularly informs you of tornado watches, and sometimes tornado warnings. When tornadoes do materialize, this feature of our daily existence becomes horribly, surprisingly real.

As I was following the news recently in Kentucky and Tennessee, I was stunned. Severe storms are more and more frequent and more and more destructive. And although, as a journalist and Texan, I have witnessed destruction by tornadoes on several occasions in my life, it is still difficult to comprehend the images of rubble, overturned cars, trees and torn buildings. then ragged to those barely touched. It was difficult to assess the number of lives lost in a weekend, in part because these storms occurred overnight in December, when tornadoes are rare and many people were sleeping.

We live in the information age; we can receive weather alerts from twitter, our smartphones and television. But that is not enough ; As extreme weather conditions become more common, every American, rural, urban, or suburban should consider getting a NOAA weather radio receiver, also known as a weather radio.

These receivers broadcast constant weather alerts 24 hours a day from the National Weather Service on a radio frequency band used for public service. Most have volume controls so you can leave them on. They operate from local towers, so depending on where you live, you can get information for many counties, or maybe just one or two. Many run on back-up batteries when the power is off.

Nothing is foolproof, but I can’t help but think of people whose televisions were off, their smartphones were off, who had maybe a minute or two, when and if the sirens went off, to barricade themselves. Weather radios are simple and effective, and they can save lives. They definitely helped our people.

Two years ago, in October, we had a fairly typical thunderstorm night in Texas. My house was quiet. The television was off and I was reading a book. It was dark. Our radio is a little white box with a giant antenna that I programmed in our area. I keep it on all the time and turn it on when the weather looks bad, so that night it had gone off, horns dry followed by severe thunderstorm warnings and watch alerts tornado. Then tornado watches became warnings. Then a warning turned into a tornado on the ground, in the midst of my city of millions of people.

I was already yelling at my family to push them around and lock them in our closet when my phone rang, when the sirens went off. For a few minutes, the tornado approached the freeway that runs through my town from north to south and was heading directly towards our part of town. I had plugged the radio into a nearby outlet, hoping the batteries were fresh enough in case the power went out. We watched and listened from the closet, and as the tornado changed direction and headed northeast, we sat there for a while longer, listening to the radio and checking our phones. If the power had been cut, if a cell phone tower had been broken, this radio might have been the only thing that would have kept us in the loop.

Miraculously, no one was killed in this storm, despite numerous tornadoes that struck and nearly $ 2 billion in estimated damage.

Last year we had a series of thunderstorms that were still nothing out of the ordinary for Texas. The radio shouted at me that the storms were mounting northeast across the part of the county where my father works, and the time they would hit his business was roughly when he would be returning home. I called him and told him to stay put, and he did, as reports of flooding of freeways and closed roads came shortly after. It took him forever to get home that night. But he did. Without issue.

And it’s not just tornadoes and thunderstorms. In February, during the freak snowstorm that hit north Texas, I had the radio on, curious about what was going on in neighboring counties as inches of snow fell in a part of the United States that did not hardly ever sees her. Power has been cut throughout our region, to Austin and surrounding areas. When I checked in with friends a few told me they had their radios on, their blankets out, and they were rushing for what was going to be a miserable week for much of Texas.

These radios are useful everywhere. When I lived in Boston, my weather radio warned me of heavy snowfall long before the distinctive voice of Marty Walsh, the former city mayor and current Secretary of Labor, lit my cell phone. warning. We weren’t really in danger, but again, it was nice to know that if the power had been cut, we had a source of information as the sky dumped feet of snow on our town. I can only imagine how important a radio would be to people living in the most suburban and rural areas of Massachusetts.

Our warning systems are too slow and need to be updated; that’s the refrain I’ve been hearing from meteorologists since the murderous weekend. Earlier forecasts and better storm tracking could have saved more lives in Kentucky. But with reports that workers in an Amazon warehouse were not allowed to have phones, and people dying in their sleep or missing for days on end, a simple gift for you and your family this holiday season, no matter where you live, should be a weather radio.