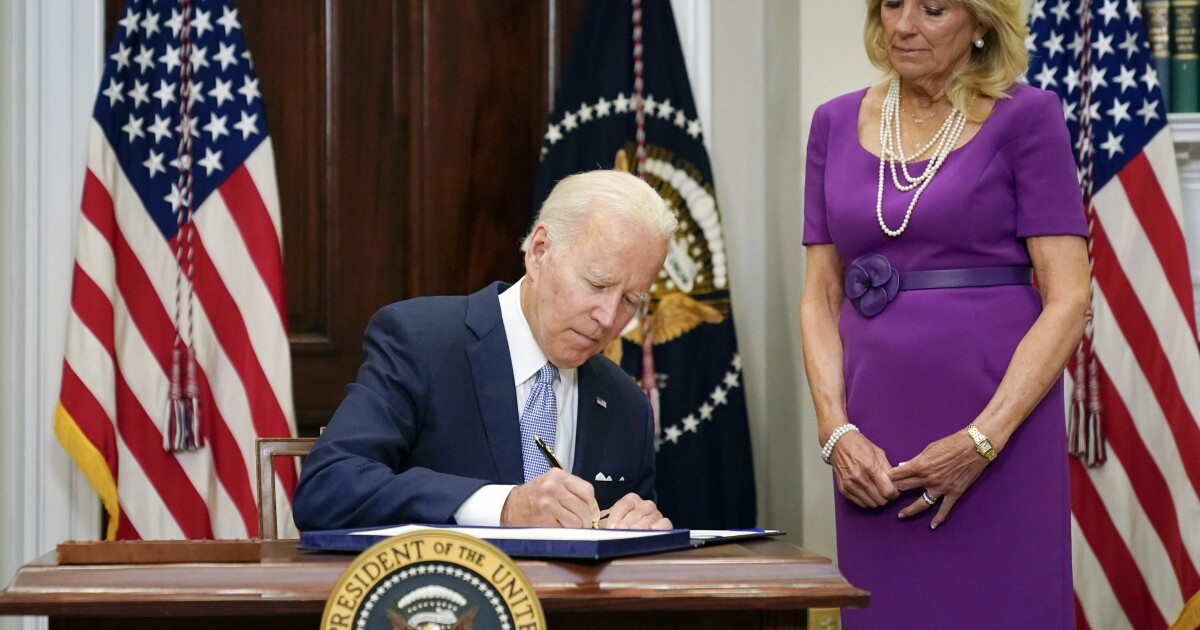 The signing comes just over a month after the mass shooting at a Texas elementary school killed 19 children and two adults. This attack came 10 days after a racist mass shooting at a Buffalo, NY supermarket killed 10 black people.

“While this bill doesn’t do everything I want, it does include actions that I’ve long called for that will save lives,” Biden said just before signing the measure.

The legislation, which passed the House 234-193 Friday night after Senate approval on Thursday, includes incentives for states to pass so-called red flag laws that allow groups to petition the courts to remove guns from people considered a threat to themselves or others.

In addition, the bill expands an existing law that prevents those convicted of domestic violence from owning a firearm to include dating partners rather than spouses and ex-spouses.

It also expands background checks for people between the ages of 18 and 21 looking to buy a gun.

The National Rifle Association says it opposes the bill.

“This legislation can be misused to restrict legal gun purchases, violate the rights of law-abiding Americans, and use federal dollars to fund gun control measures enacted by state politicians and premises,” the NRA said in a statement Tuesday.

“It doesn’t do everything I want it to,” Murphy said. “But what we’re doing will save thousands of lives without violating anyone’s Second Amendment rights.”

Biden’s action also comes just days after the U.S. Supreme Court issued a landmark ruling affirming there is a constitutional right to carry a handgun in public for self-defense, striking down a New York law which restricted concealed carry.

“Our states and our governors have a moral responsibility to do what we can because of what is happening: the gun culture madness that has now possessed everyone even the Supreme Court,” he said. Hochul said shortly after the decision on Thursday.