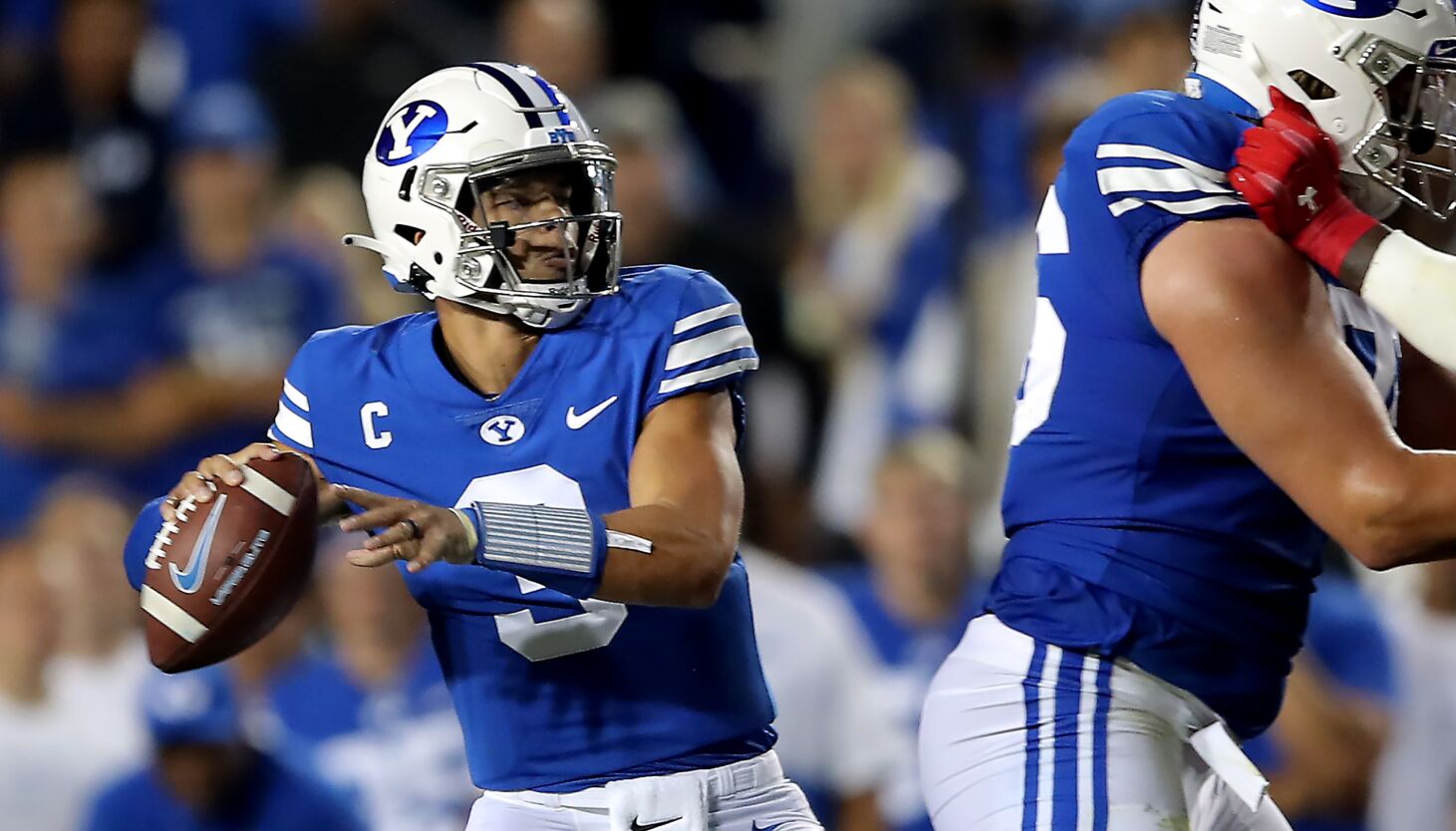 Call it the last BYU Football Media Independence Day on Wednesday at the Broadcast Building on the Provo campus.

Barring unforeseen changes, the next time Kalani Sitake and his boss Tom Holmoe get involved in such a preseason affair, it will be led by the Big 12 Conference, probably in Dallas, and will not be in June but in July when other leagues sponsor this pre-season ritual.

So what can we look for when Kalani staff and players join Holmoe and a group of reporters to preview, review and dissect the schedule ahead of the 2022 season opener against South Florida on September 3?

Well, here’s a look at some storylines to look out for.

Holmoe usually provides a small nugget in its program commentary state. Often it’s a tidbit of schedule, a TV deal, a tweak in a facility upgrade, a new brick-and-mortar project, an improvement. of the stadium or an adjustment of the training contract.

Hopefully Holmoe and Sitake will address some of the challenges of the NIL fire raging in the college sports scene. It would also be interesting to hear their perspective on the ravages of the transfer portal and how it gives and takes.

Obviously, the most interesting is the impending move to the Big 12 and the intricacies of making that leap.

Holmoe and Sitake are already budgeting for the anticipated additional revenue from this switch to the Power Five league and plan to make additional changes to compete. What are these changes? They most likely involve compensation, increased staff, supportive faculty, and enhanced recruiting resources on and off campus. Don’t look for the decadence of increased use of private jets just yet.

It would be nice to know how the Big 12 used Holme, his management team and his coaches. It would be fun to know who was invited to sit on which committees.

Any news regarding TV negotiations, new streaming platforms and other revenue streams that the Big 12 are looking to improve their portfolio would also be worth discussing.

Then there are the headliners, the players who will attract the most attention and interview requests from journalists and broadcasters – the guys you’ll see on TV and hear on streams. live radio.

At BYU, that still includes quarterback Jaren Hall. Replacement Jacob Conover will be in demand, as will running back Chris Brooks. The big question for these designated quote producers is exploring expectations for breach. What will be different or the same, and how did off-season training go?

This coming season, the Cougar offensive line is expected to be big, deep, experienced and an important part of the campaign. The 2020 offensive line is the product of Sitake’s scrutiny and rebuilding since being hired at BYU, but it’s the only position group that’s currently set for Power Five.

If BYU is to have a chance of winning more than seven games this season, this group will need to be physical, consistent and dominant. Led by All-America candidates tackle Blake Freeland and guard Clark Barrington, it will be interesting to see how a myriad of the other 12 corps are used.

In a real sense, Wednesday’s media day could be dominated by dissecting that offensive line and all the pieces of the puzzle for the first time in years. It should be so good.

Equally intriguing is the receiving corps led by veterans Gunner Romney and Puka Nacua. Both are just as good at deep threats as the Cougars have had in years. Inject freshmen Chase Roberts and Kody Epps into a group that includes Keanu Hill, Brayden Cosper, Talmage Gunther, Hobbs Nyberg and Maguire Anderson, and the competition for playing time will be intense.

This is the first full offseason of chemistry between Hall, Nacua and other receivers. This gave Hall the opportunity to polish the timing and build his repertoire. He had to do those things during the season last year.

Because offensive coordinator Aaron Roderick has veteran Hall back with that offensive line and Brooks’ receivers and expectations in the backfield are so high, there could be a debate on Wednesday about the height of the bar for his side of the ball.

The Cougar defense will also be under the microscope for different reasons. Coordinator Ilaisa Tuiaki must find a way to get his team out of the field. Coming off an injury-laden campaign and a loss to Alabama-Birmingham, his unit struggled to stop offenses that kept readers alive by slashing BYU defenders early and late. Third downs were often an open portal, and the lack of pressure on opposing quarterbacks made it easier to attack BYU’s weaknesses.

Sitake and Tuiaki can expect questions about personnel, schedules, preparation and philosophy. But definitely, defense is a topic that will get attention.

In the past, when asked to explain his “defensive” mode of protection, Tuiaki explained the virtues of dropping eight in coverage when facing wide range offenses. He scored good points. On the other hand, his inability to stop practices, which keeps BYU’s offense on the sidelines, is now the design of opposing coaches.

It should be a media target for Tuiaki to explain what changes or adjustments he hopes to roll out this coming season to counter offenses that target weaknesses. Whether it’s disguising formations and pre-snap fronts and looks, or adding blitz packages with a healthier roster, it’ll be worth discussing with the coordinator.

It might be overlooked, but BYU’s kicking game, led by punter Ryan Rehkow, is expected to join the headlining group. He is one of the best – if not the best – punters in the country and deserves to be recognized and featured by the media horde.

Football is getting closer.