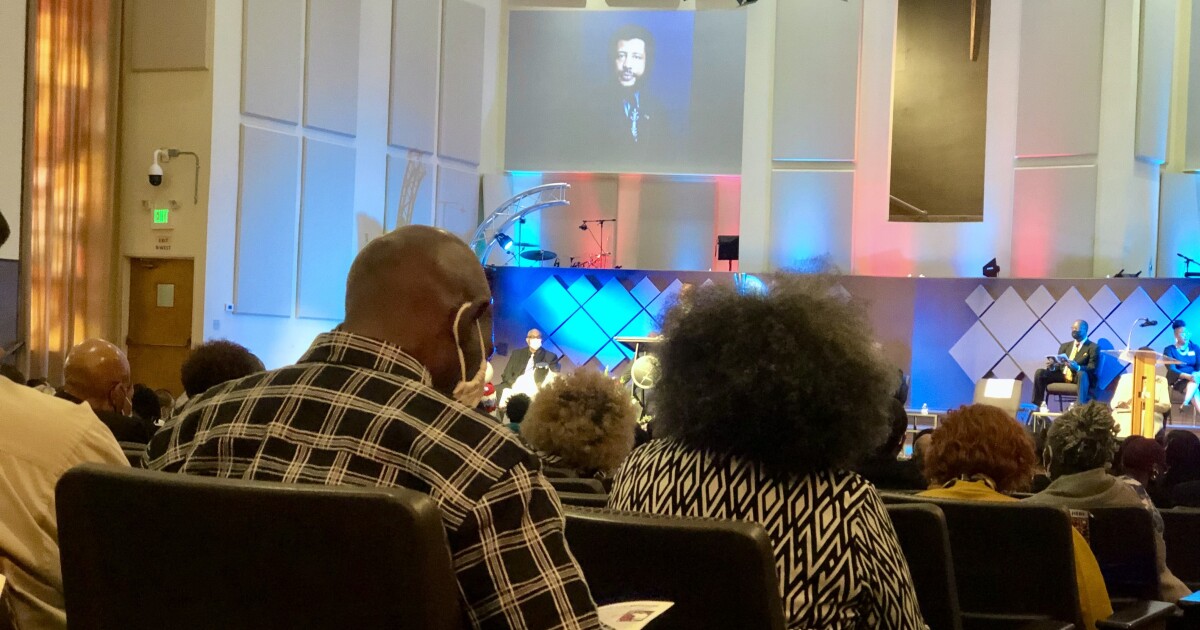 Willie Morrow was many things: a father, a friend and an entrepreneur, to name a few. He was also an internationally renowned black hair care stylist whose name has become synonymous with the afro choice.

Morrow created it after seeing a similar homemade comb that a neighbor brought back from Africa. Inspired by this example, he gave us the Afro pick, a comb with long, wide bristles perfectly spaced to style an Afro haircut. He began mass-producing the Afro pick in the 1960s.

Morrow died Wednesday, June 22 at his San Diego home at the age of 82. On Friday, a celebration of life service was held in his honor at Bayview Baptist Church in San Diego.

“Dr. Willie Morrow was the epitome of a BMW: a working black man. He worked and he was an example of what it means to be someone involved in the community,” said Gordon McKinney, a friend of Morrow, during Friday’s event.

Morrow built and established his own California Curl business in the late 1970s on Market Street in San Diego.

The two-story building housed his barbershop, salon, and publishing company, where he printed a newspaper and operated a radio station.

“Dr. Morrow wanted to preserve the community. He wanted to be an epicenter for people working together through outlets like 92.5 and the Monitor Newspaper,” Pastor Steve Cooper told hundreds of Life Celebration attendees. .

The Department of Defense even enlisted Morrow to teach and cut hair on military bases and in war zones, which led him to write several books on barber and hairdressing techniques.

According to Abdur-Rahim Hameed, he inspired many other black entrepreneurs.

“I saw this big black afro woodpecker outside this beautiful green building. He was a young entrepreneur – he sowed a seed in me,” Hameed said.

The California Center for the Arts museum in Escondido held an exhibit to showcase Morrow’s accomplishments in 2016. Now, efforts are underway to have a street named in his honor.