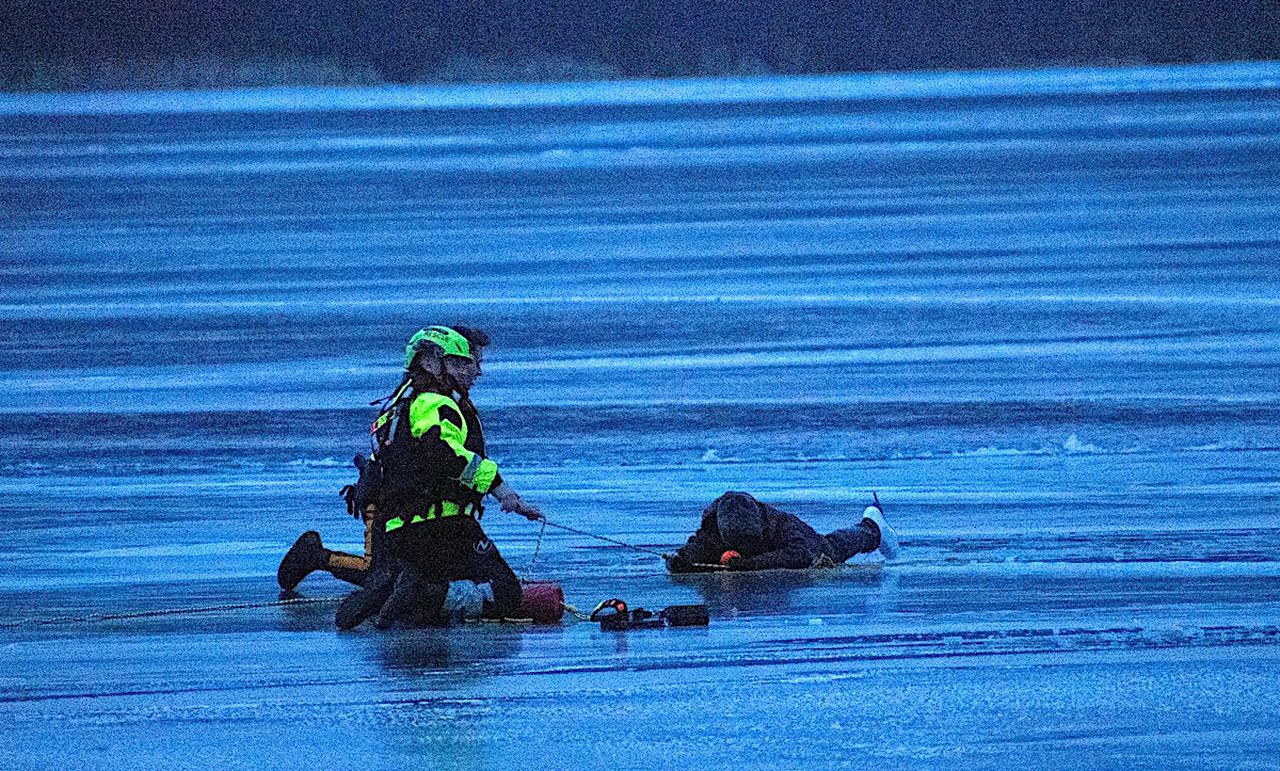 CLEVELAND, Ohio — The Coast Guard is warning people against going out on the ice on Lake Erie because abnormally warm temperatures will arrive later this week, creating dangerous conditions.

According to the National Weather Service, temperatures will reach the mid-50s on Wednesday with rain showers, then be in the upper 40s on Thursday with more rain. This will cause the ice to thaw rapidly on Lake Erie and Lake Ontario. Temperatures will drop back below freezing on Thursday evening and Friday, but will be back in the 40s by early next week.

“Due to increasing outside temperatures, ice thickness may have been reduced to levels unsuitable for recreational use,” the Coast Guard said in a news release. “The Coast Guard continues to advise the public not to venture onto the ice and to never assume the ice is safe.”

Hypothermia is the greatest danger for people who fall through ice. The cold shock response could cause a person to drown almost immediately, an ER doctor told Scientific American. The Coast Guard recommends the 1-10-1 rule: one minute to practice breath control, 10 minutes of meaningful movement, and one hour of awareness before core body temperature drops too low.

People on or near the ice should wear warm clothing, preferably in bright colors that are easily visible. It is also recommended to carry a whistle or other object that makes noise, a VHF-FM radio or a personal locator beacon, as well as ice punches or screwdrivers that can be used to get to the surface if a person falls through the ice.

“The Coast Guard continues to advise the public not to venture onto the ice and to never assume the ice is safe,” the statement read.

How to watch, listen and stream