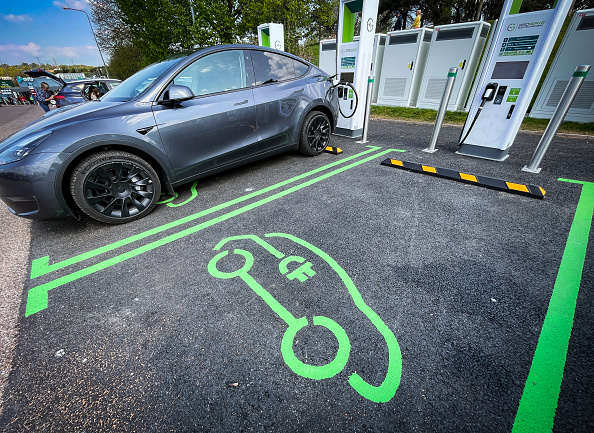 It is a dream always associated with the Serbian-American inventor Nikola Tesla: to diffuse electricity, to make it available to wireless users.

Tesla took with him his plans to send electricity through the air to the grave, having been one of the architects of alternating current, which was the cornerstone of the electrified world.

But Tesla’s dream never died and, in fact, it is alive and well and growing, but not on the universal scale envisioned by Tesla or his followers. They consider his project of electricity broadcast from pylons, like radio, as a holy grail.

His dream was as improbable as it was attractive.

But on a more down-to-earth level, inductive charging – wireless power transfer – is booming. It has two distinct visions: The first is to make wireless charging a reality for small devices. If airport terminals were wired for charging like they are for Wi-Fi, there would be no need to sit on the floor near an outlet. The other concerns electric vehicles.

Ahmad Glover, the enthusiastic president of WiGL, a small wireless power company, told me that the military is extremely interested in wireless charging. Glover, an Air Force veteran, said the goal is to have forward bases outfitted, during operations and in combat situations, so troops can charge their electronics without plugging them in. . “The less a soldier has to carry, the better,” he said.

Glover, who has worked with engineers from MIT and Atlantic University and has a contract with the Air Force, sees a day when charging will be mostly automatic. The power source could come from a solar charger carried by a soldier on the battlefield rather than from the forward base’s grid or generator. Glover believes his work will allow American troops to stay in touch discreetly anywhere, anytime. It works on omnidirectional area beams and chargers.

The big marquee application for wireless charging is in transportation. Here, obviously, inductive charging has applications in public transport. The charger consists of an electromagnetic field radiating from a plate to a receiver under the vehicle. When the vehicle is positioned above the plate, charging takes place. This is called a static system.

Moving inductive charging, known as dynamic charging, where a moving vehicle can pick up a charge on the pavement, has been promoted overseas. But there are research funds in the federal budget for the development of inductive charging in the United States.

The big advantage of static charging is that vehicles can be lighter and therefore cheaper. Taxis, trams, light rails and buses could have smaller and lighter batteries because they will be charged regularly at predictable places, such as traffic lights.

South Korea has developed a charging system for buses where they are charged each time they stop at a bus stop.

With an abundance of wind and hydropower, Norway is moving towards a carbon-free economy. By law, all new cars must be electric by 2025; as a result, Norway is working on installing inductive charging plates for taxis on their stands. A taxi driver will park in a stand – still common in Europe – and while waiting for the next fare, the car will load. If the taxi is on the stand long enough, it is fully charged. Otherwise, it just gets a boost.

The advantages of inductive charging are manifold. First, the batteries can be smaller and cheaper, and the vehicle lighter. For utilities, the load is spread over the day, coinciding with the abundance of solar generation.

The ultimate dynamic inductive dream is that cars will refuel as they speed down the highway. Italy has an experimental program of installing load coils on the tarmac. Sweden is relatively far from a similar experience, and the UK is funding the research.

Llewellyn King is executive producer and host of “White House Chronicle” on PBS. He wrote this for InsideSources.com.