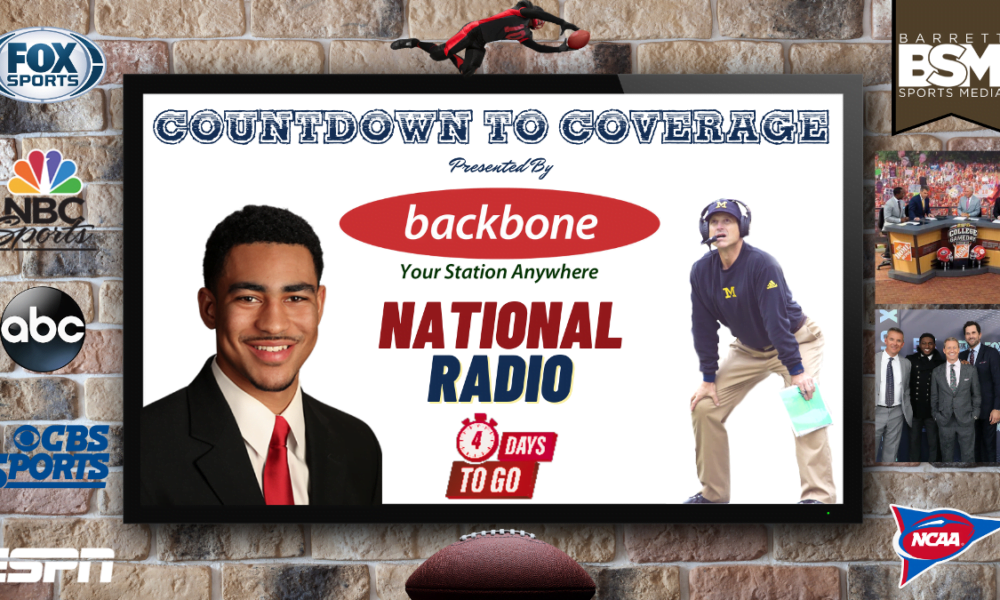 Forget last Saturday. It’s called week 0 for a reason. Do you really want to believe the 2022 season opener was 3-9 Northwestern and 3-9 Nebraska playing halfway around the world?

At Barrett Sports Media, we celebrate college football through a media lens. Throughout the week, our resident college football editors and superfans, Arky Shea, Demetri Ravanos and Garrett Searight, will take a look at the best the media has to offer in terms of college football coverage.

The full schedule is as follows:

The national conversation about college football revolves around the headliners. Who has the most unique way of saying “Alabama is good”? Who can deliver a take so well thought out and nuanced that you walk away convinced Kirby Smart might be in the hot seat?

College football, like star wars, takes place over a vast geography with storylines that are only loosely connected. If you can keep fanbases of multiple teams playing wildly different stakes engaged in the same conversation, you’re doing something right.

You are allowed to say whatever you want on The Paul Finebaum Show but unless it’s a compliment, it’s going to fall on deaf ears with me. Finebaum was the one who introduced me to sports radio over twenty years ago and I absolutely see what a powerhouse he still is today. No one is more for college football fans than Paul Finebaum and his show. No one speaks to more college football fans than Paul Finebaum. The rapid pulse of sport is measured in sound bytes recorded on its airwaves.

Finebaum has long been a very good interviewer who asks the most important questions a wandering mind can imagine. He is also a very funny and self-deprecating host. His flair is to take the listeners on a ride with the callers as a driver. It allows the caller, the college football fan, to shout all their most impassioned battle cries without judgment while maneuvering them alongside their rivals’ callers, all in an attempt to show that this sport, college football , is NOTHING without its fans. It’s a radio genius and a gateway for those unaware of the constant, that is, daily, hustle and bustle of being a fan of a Southern team.

THE DA SHOW by Garrett Searight

In a radio world hyper-polarized by roughly 4 teams per league – outside of the NFL – The DA show thwarts all trends. Damon Amendolara doesn’t buy the theory that you should only talk about the Lakers, Warriors, Nets, and Celtics, just as he doesn’t think discussions of college football should only be about Alabama, the Ohio State, Clemson and USC.

Many would say you shouldn’t have an interview with Dave Clawson from Wake Forest or Josh Huepel from Tennessee. “Nobody talks about them. They are not relevant at the national level”, is the argument frequently advanced. Well, they’re not nationally relevant because no one is talking about them. So DA talks about college football as a whole, not just power players, and interviews more coaches than anyone. If you are a college football fan, not just a team or conference fan, The DA show is a must during the football season.

THE HERD by Demetri Ravanos

Colin Cowherd talks to big names and asks unique questions. What more do you want from a national sports radio show when it’s covering college football? He gives interesting opinions, maybe not always right, but interesting. Isn’t that precious in a sport where being right means picking Alabama, Ohio State, Georgia or Clemson every week of every year?

Colin may not talk about everything in the world of college football, but it’s so clear that he loves the sport dearly. And I really like that at a time when everyone is lamenting so much change, he asks people to justify and explain their gripes. He’s the only national voice that truly loves college football that doesn’t constantly tell me the sport is about to go down the toilet.