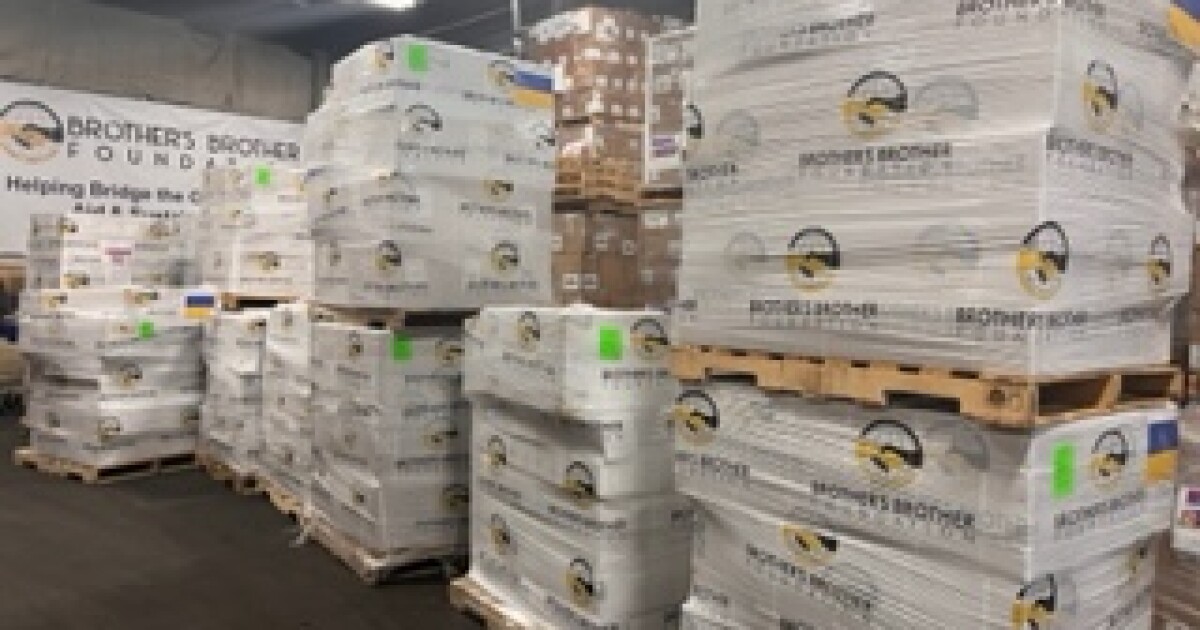 As Russia launched an attack on Lviv, Ukraine on Friday, critical medical supplies arrived from Pittsburgh. Fortunately, those supplies still made it safely to a distribution warehouse, according to Brother’s Brother Foundation President Ozzy Samad.

“Literally at that time they were hit by the missiles” in Lviv, Samad told WESA on Monday. “They must have changed their route.”

Getting cargo from the north side of Pittsburgh to Lviv was no small feat. Samad — who works with the Pittsburgh Technology Council, Allegheny Health Network and Highmark on those relief efforts — said the logistics are far more complicated than sending aid after a natural disaster.

“If you have a tornado or something…it comes and goes and I hope relief efforts start immediately,” he said. But in Ukraine, the threat never stops.

According to Samad, the foundation’s first shipment included tactical trauma care items like coagulating bandages, pharmaceuticals and a stomach pump. He said the partnership with AHN and Highmark and the Eden Hall Foundation has been extremely successful.

The original plan was to send 10 pallets of supplies. But the cargo that arrived in Lviv last week was 72 pallets; enough to fill four trucks. The groups were able to raise $750,000, three times their initial goal of $250,000.

According to Samad, some of that fundraising came from the pockets of Pittsburgh residents.

“The response from the townspeople has been amazing,” he said. “We’ve had people come to our door with checks saying they heard what we were doing on the radio or TV.” A woman collected donations from everyone in her neighborhood before taking them to Brother’s Brother warehouse on the north side, Samad said.

This generosity was deeply appreciated by the Ukrainian Ministry of Health, according to Samad.

“You can hear their voices shaking,” he said. “You can almost hear them break down when they hear this happening.”

Medical and pharmaceutical supplies continue to be in high demand across Ukraine. Brother’s Brother Foundation will continue to work with the Ukrainian Ministry of Health to organize more expeditions.

“When they found out, you know what those particular supplies were, I was literally getting a call every day, either from Ukraine itself or from the embassy here saying ‘Can we do something? something to speed up the process?'”

While the first shipment prioritized medical supplies, Brother’s Brother is also working on humanitarian aid for displaced people in Ukraine and neighboring countries like Poland and Romania.

Individual donations can be made through the Brother’s Brother Foundation website and 100% of those donations will be used to support relief efforts, according to Samad.

Ryan eager for a fresh start at Indy after 14 seasons in Atlanta – 95.5 WSB