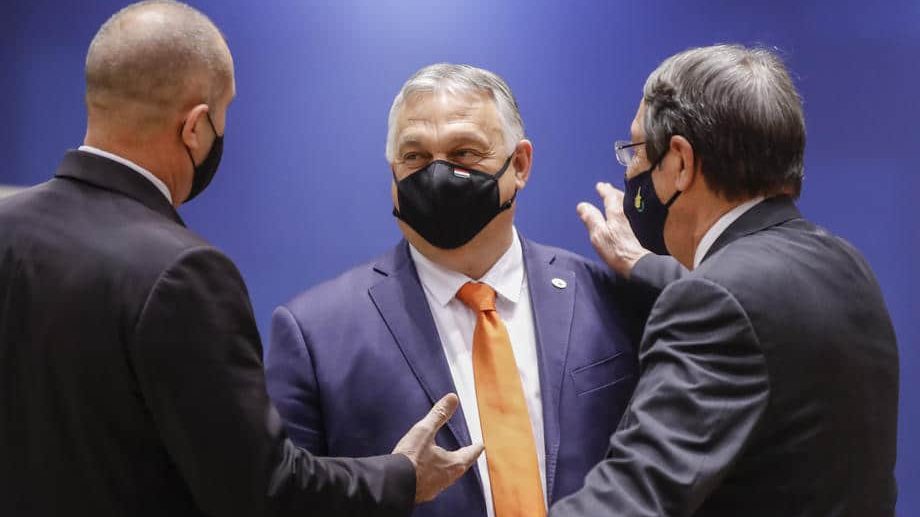 For his part, Hungarian Prime Minister Viktor Orban says that the law “does not contain any discriminatory element” because it is only designed to protect children’s rights, guarantee parents’ rights and does not apply to guidance rights. sexual of these. over 18 years old. He Mark von der Leyen’s statement as “shameful because it is based on false allegations”.

On Thursday, European Commissioners Thierry Breton and Didier Reynders said the bill would violate the bloc’s media and technology laws because it “unjustifiably” restricts TV and online content currently regulated in the EU by under the Audiovisual Media Services Directive and the Electronic Commerce Directive. .

By raising the stake, more than half of the EU Member States have signed a joint statement expressing “serious concerns” about the law and calling on the Commission to act against this “blatant form of discrimination”. Belgium, the main driver of the letter, approached the 27 Member States asking them to put their name on the letter. Notably, all the most important members – such as Germany, France, Italy and Spain – were among the 17 signatories, although Hungary’s central European neighbors – the Czech Republic, Poland and Slovakia – all refused to sign it.

The reason for the Czech refusal to sign is not clear – even, it seems, to the government itself. Local media reported that Czech officials in Brussels told them that the Belgian initiative had gone through the Prague government. The Czech government office said, frankly, they didn’t know why there was no Czech signature.

Prime Minister Andrej Babis said Thursday morning, as he arrived in Brussels ahead of the summit, that he wanted to discuss the issue with Orban. The leaders were to meet at a pre-summit coordination meeting of the Visegrad Four (V4) group. “It needs to be explained in detail… I can’t judge it, we agreed we would have explained it in V4 to make sure the interpretations are correct,” Babis told reporters.

The Prime Minister added that the Czech Republic is a liberal country supporting the rights of sexual minorities and that he discussed the issue with Luxembourg Prime Minister Xavier Bettel, the only openly gay leader of an EU country. He said he also plans to consult with Czech Foreign Minister Jakub Kulhanek.

Poland, of course, did not sign the letter which pledged to “continue to fight against discrimination against the LGBTI community”. This was no surprise given the campaign the government in Warsaw has waged against sexual minorities in recent years. Meanwhile, a third of Polish municipalities have passed resolutions against “LGBT ideology”, while Education Minister Przemyslaw Czarnek announced a series of reforms, including restricting access to sex education and replace it by promoting the “traditional family” in schools.

Speaking earlier this week on German radio RND, Polish Ambassador to Germany Andrzej Przylebski expressed sympathy for Hungary. Referring to the Munich municipality’s request (rejected by UEFA) to light its stadium in rainbow colors to protest against new Hungarian legislation, the ambassador said he believed that this genre pressure on Budapest was “inappropriate and offensive”.

The ambassador added that the Hungarian parliament had “the unquestionable right to provide legal protection to children in schools, to protect them from homosexual themes”.

Slovak officials have also remained silent on the issue and refused to protest the controversial law. Although no official statement has been released at the time of publication, news of Slovakia’s reluctance was received with disdain after a popular parody account’s take on the matter went viral.

“Guess which side Slovakia joined – the Middle Ages or the 21stst century? “asked the administrators of the account in a Facebook Publish, which received over 4,000 interactions and many aggrieved comments in less than a day.

It’s dry. Who is most likely to rain this weekend?