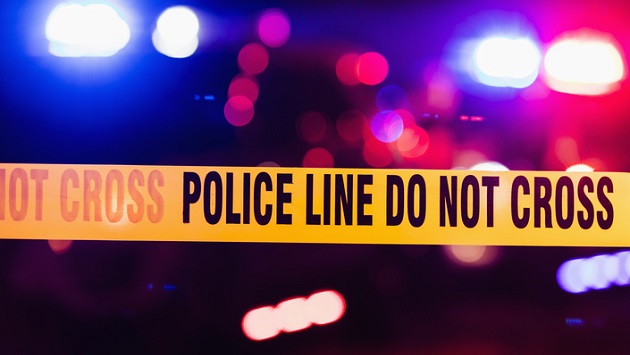 (LARGO, Fla.) – A Florida man has been killed in a suspected alligator attack, authorities said.

The Largo Police Department said Tuesday it is investigating the death of a man at Taylor Lake in Largo, a town in the Tampa Bay area.

“At this time, detectives believe the victim was searching the water for frisbees and an alligator was involved,” the department said in a statement.

The man was found by a visitor at Taylor Park, home to a 53-acre freshwater lake, and police were contacted around 8 a.m. Tuesday, according to the Largo Police Department spokeswoman, Megan Santo.

The man’s identity has not been released pending notification of next of kin. He was 47, according to the Florida Fish and Wildlife Conservation Commission, which also responded to the scene.

The agency was still working to capture the alligator Tuesday afternoon, Santo said.

“A contracted nuisance alligator trapper is working to remove a nearby alligator and efforts will be made to determine if he was involved in this situation,” the Florida Fish and Wildlife Conservation Commission said in a statement.

Police have urged residents and visitors to avoid approaching or swimming in the lake at all times. There are no swimming signs posted at the lake, according to police.

Fatal alligator bites are rare. From 1948 to 2021, Florida has reported 442 incidents of unprovoked alligator bites, 26 of which resulted in death, according to the Florida Fish and Wildlife Conservation Commission. Over the past 10 years, the state has averaged eight unprovoked bites a year requiring medical treatment, the agency said.

According to the Florida Fish and Wildlife Conservation Commission, the chance of someone being seriously injured in an unprovoked alligator incident in Florida is about one in 3.1 million.

The last fatal alligator attack in Florida was in 2019, according to the agency.

A man was bitten in the face by an alligator in Taylor Park in 2020 while searching the lake for Frisbees, Tampa ABC affiliate Tampa WFTS reported at the time. The injury was not life threatening.

In the Commonwealth, the Queen’s Jubilee sparks protests and apathy