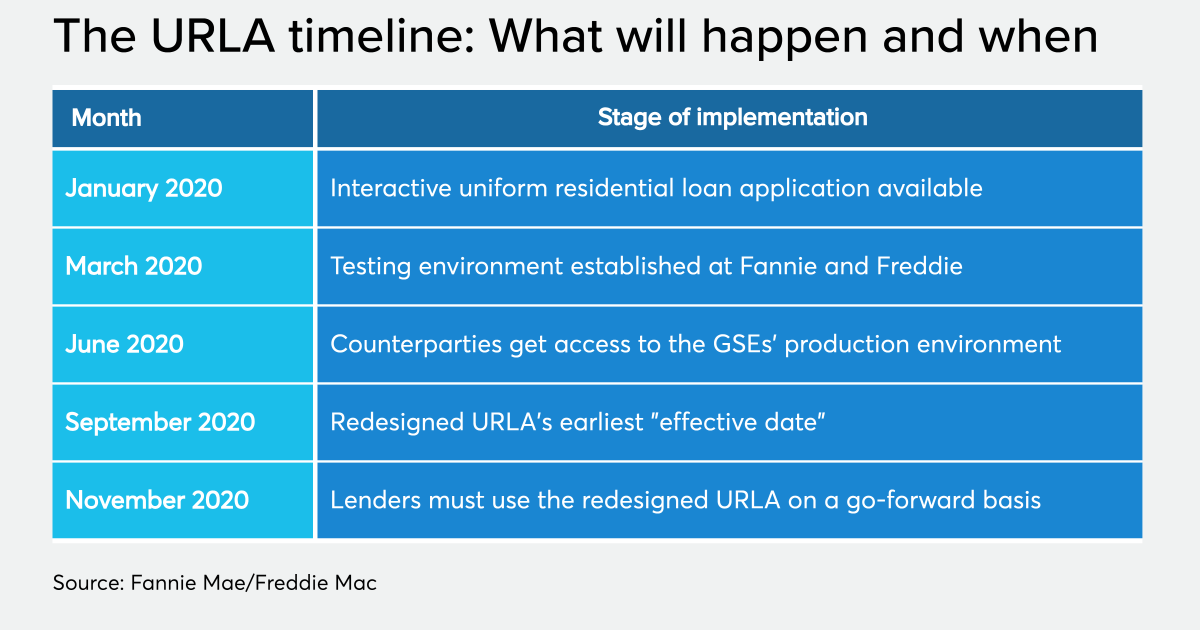 Fannie Mae and Freddie Mac will start requiring mortgage lenders to use the new uniform home loan application at the end of next year.

Use of the new URLA will be mandatory for loan applications as of November 1, 2020. Prior to that date, lenders can use the old versions of the application, commonly referred to as the Fannie Mae 1003 form. Files submitted to the Using legacy automated underwriting system specifications will no longer be accepted after November 1, 2021, when a pipeline transition period ends.

The GSEs plan to make the interactive version of the URL available in January 2020. They plan to set up a test environment for the new form by March of next year and begin implementation thereafter. with limited production during the summer. Submissions to lenders can begin in September.

The URLA could have been implemented much earlier if the GSE regulator had not hesitated over time on whether or not to add a language proficiency issue.

The Federal Housing Finance Agency, headed by current director Mark Calabria, determined in August that the deployment of the URLA should be delayed to make some changes. These included the removal of a language-related question that had been added under the leadership of former director Mel Watt.

Watt initially decided not to add a question on language skills in 2016, after the mortgage industry objected. But he reconsidered that decision and relaunched the idea in 2017.

Although the FHFA ultimately decided to drop the issue of language skills, it continued to support and develop a translation clearinghouse that was established towards the end of Watt’s tenure at the agency. Watt left the FHFA in early 2019.