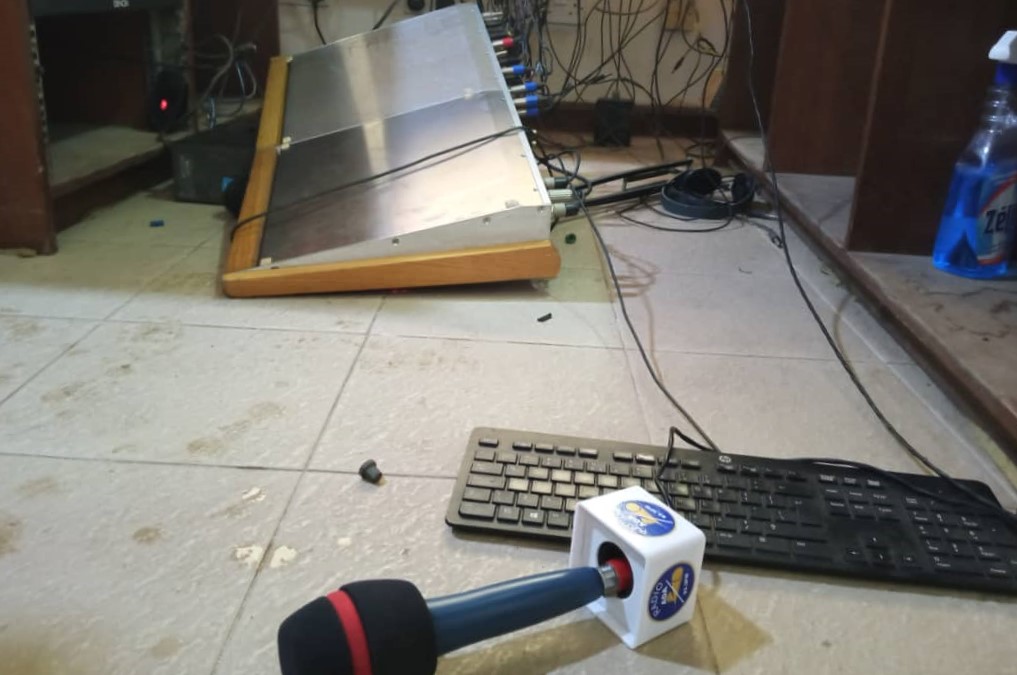 Abuja, January 31, 2022 — Ghanaian authorities should quickly identify and hold accountable those behind the recent attack on broadcaster Radio Ada FM, and ensure journalists can work safely, said Monday the Committee to Protect Journalists.

At around 11:30 a.m. on January 13, ten masked men broke into the door of a studio at the private broadcaster’s office in Greater Accra’s Ada district, and attacked and threatened its staff, according to multiple reports and the presenter from Radio Ada. Korle Adjaotor Sorngortse, who spoke to CPJ by phone.

The assailants, one of whom was carrying a pistol, punched and kicked Sorngortse all over the body for more than 10 minutes, pushed receptionist Ruby Ate and held her down in her chair, and forced the producer and presenter Gideon Amanor Dzeagu to kneel down as they ransacked the office. , according to these sources and Dzeagu, who spoke to CPJ in a phone interview.

After about 15 minutes, the men left the scene and threatened to come back and shoot people if Radio Ada FM continued to cover a mining contract recently awarded to the company Electrochem, according to these sources.

Julius said his office reported the attack to police, who launched an investigation.

“Ghanaian authorities must quickly identify those who planned and carried out the recent attack on Radio Ada FM and hold them accountable,” said Angela Quintal, CPJ’s Africa Program Coordinator, in New York. “These physical attacks on members of the press and attempts at intimidation are all too common in Ghana and should not be tolerated.”

The attackers watched the broadcaster from a nearby bar for more than three hours before entering the office, according to this information and Dzeagu, who said he saw the men at the bar.

Dzeagu and Odoi Julius, a producer and head of external communications at Radio Ada FM, told CPJ by phone that media reports showed that Electrochem’s contract would require some people to be relocated and that a protest had been planned against the agreement. .

The assailants repeatedly asked to see Noah Dameh, who ran the “Manor Munyu” news program covering the Electrochem case, but left the studio after learning he was not there, according to Dzeagu and these reports.

Sorngortse told CPJ he continued to experience severe pain in his head and neck from the beatings, and his left eye remained swollen.

When CPJ called Ada District Police Commander Kojo Mifetu for comment, he said authorities had yet to identify the attackers.

CPJ called and texted Electrochem and its parent company, The McDan Group, for comment, but received no response.

CPJ has for years documented the concerns of Ghanaian journalists that those responsible for violence against reporters are not being identified or held accountable.

How to watch the Rams-49ers NFC Championship game

John Bury talks about 67 years as an amateur radio operator