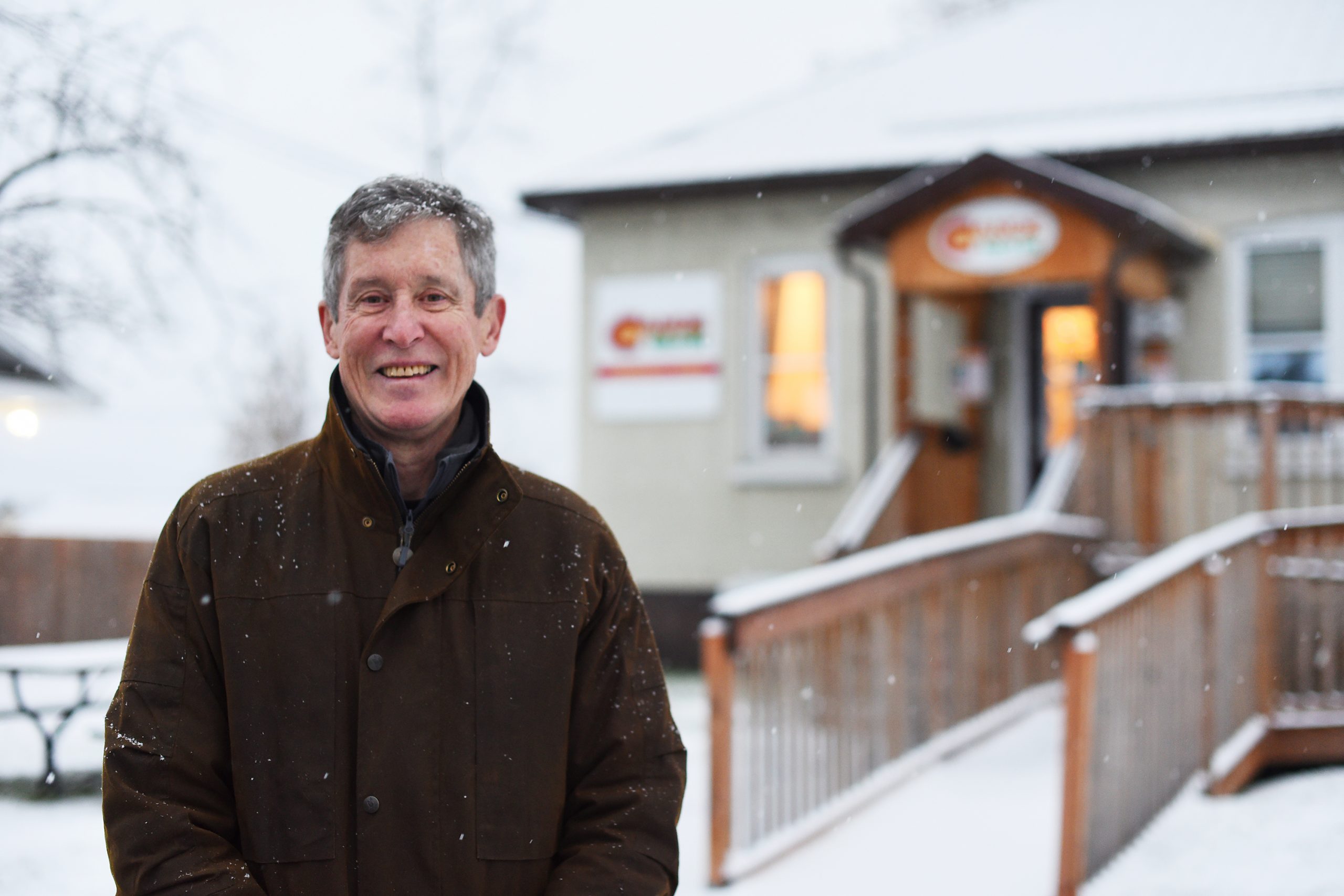 Before Canoe FM aired in 2003, Don Cameron, Dave Sovereign and Jack Hewitt faced the daunting task of creating a complete radio station from scratch. With the help of the community, they managed to raise the $ 100,000 they needed to buy the equipment they needed to operate. At that time, these were used machines that had spent years in service elsewhere, repurposed to fit a small old house that was, at one time, a hospital.

Now, thanks to the enduring generosity of the community, Canoe FM has constantly improved, little by little. Gone are the stacks of CDs and tape recorders, replaced by simplified computer programs with all the music stored in an easy-to-retrieve digital format; A whole new space has been created from an old office, transformed into Malcolm MacLean Radio Hall, with its signature wall mural and space for cafe-style seating, and all the suite of audio equipment it contains.

The new chairman of the board of Canoe FM is Paul Vorvis. He has volunteered at Canoe FM since 2015. He spent three years as an on-air host before joining the Board of Directors. He says one of the most recent improvements Canoe FM has made has been to strengthen its presence in the podcasting world.

â€œWe realized probably four or five years ago that the radio industry was changing,â€ he said, referring to streaming apps like Spotify. â€œListening habits were changing and we also knew people were getting streaming devices in their homes. ”

To address this, Canoe FM currently hosts a number of podcasts, including Planet Haliburton, Medical Matters, Spotlight On Local Business, and Vorvis’ own Time Warp. Listeners can also get gardening tips from Master Gardener and let their imaginations run wild with Tales from the Big Canoe and Thereby Hangs The Tale.

Vorvis says the listeners’ whereabouts information gathered from podcast analytics has been interesting, showing that Canoe FM has even gone global.

â€œWe also find the snowbirds that come down to Florida and still listen to Canoe FM,â€ he said. â€œThey’re moving to British Columbia, they’re still listening to Canoe FM. It’s really nice to get in touch with this community.

Vorvis said it’s thanks to the revenue from popular shows like Radio Bingo that Canoe FM has also been able to fund larger tech companies. By having the funds to modernize its transmission equipment, the radio station hopes to increase its coverage within its own signal range, filling the gaps where the station should be heard where it was not previously, usually due to ‘difficult topography.

â€œWe know there are dead spots in the community that we just aren’t reaching,â€ he said. â€œWe do a lot of analytical work to find out, you know, should we change our antenna configurations? Should we have repeaters? ”

Vorvis reiterated that Canoe FM will always focus on the community. Part of the reason he joined Canoe FM and moved to Haliburton as a whole is that despite its size, there is still a vibrant culture attached to it, through things like the arts. , the media and the theater. It is from this perspective that Vorvis approaches his role as Chairman of the Board of Directors.

â€œFor me, as well as the board and management of the resort, it’s about building on what we have here and trying to make it even better. It’s such a big community from that point of view.

You can listen to Your Haliburton Morning with Paul Vorvis every Friday from 7 a.m. to 9 p.m. It also hosts Time Warp, which can be heard anywhere you get your podcasts.

Listen to Canoe FM 24 hours a day on the dial at 100.9 or stream online through your home streaming device on their website at www.canoefm.com