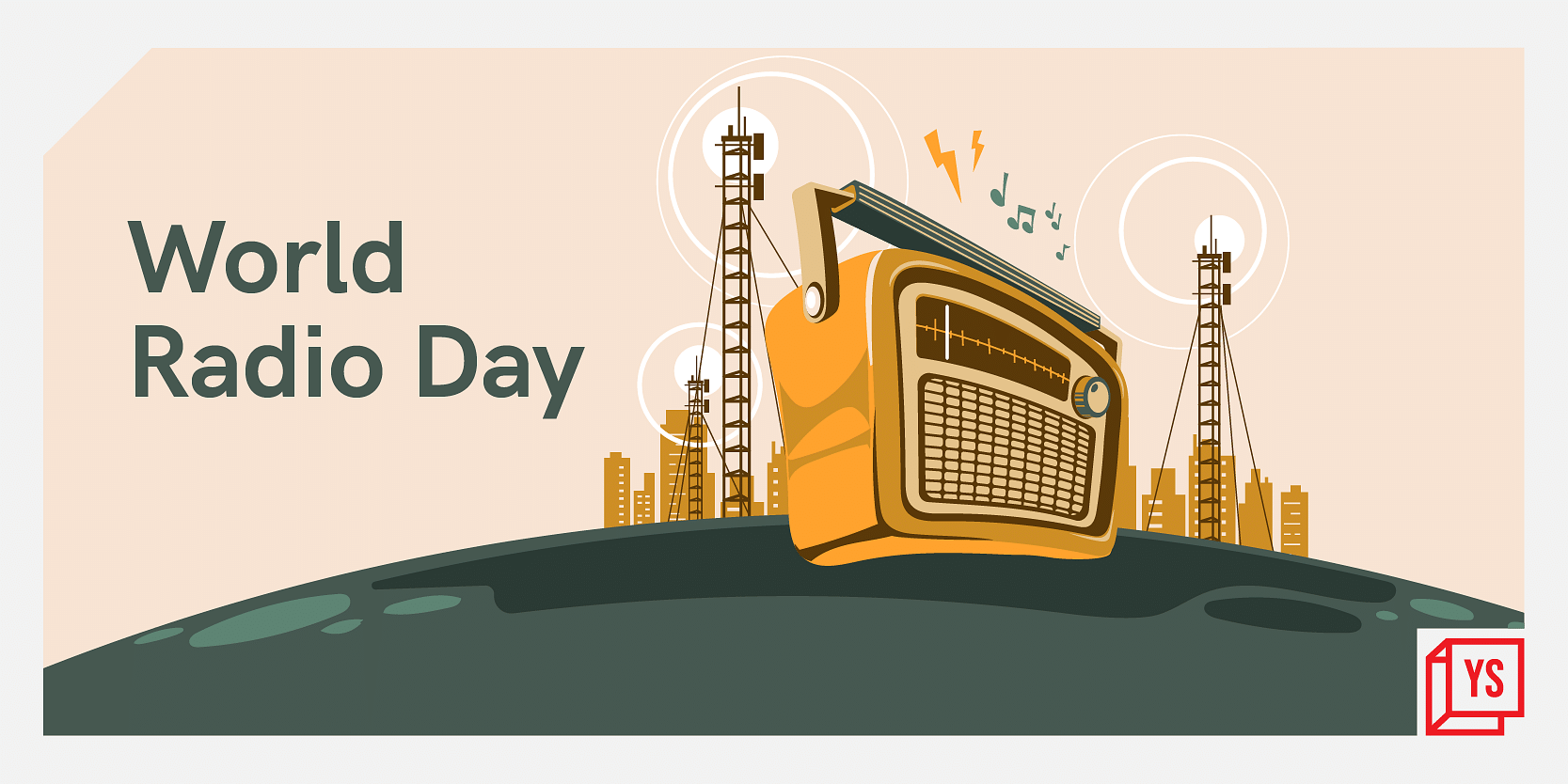 What do shopping, a road trip or the morning commute have in common? It’s radio, the ever-present friend in the background, delivering entertainment, music, local news, sports updates, talk and more.

Radio has been part of our life for a long time now.

But things only started when a young Italian named Guglielmo Marconi invented “the wireless telegraphwhile experimenting in his parents’ attic. He used radio waves to transmit Morse code and the instrument became known as the radio.

In 1906 Marconi shared the Nobel Prize in Physics with Ferdinand Braun, a German, in recognition of their contributions to the development of wireless telegraphy. He proved the feasibility of radio communication by sending and receiving a telegram over the first radio signal in history in 1895.

Radio works by turning sounds or signals into radio waves that travel through air, space, and solid objects. The radio receiver transforms them back into the sounds, words and music we hear.

The technology spread like wildfire, signaling that the world would soon become a smaller place.

In 1908, a long-distance radio message was sent for the first time from the Eiffel Tower in Paris, and in 1916, a New York station broadcast the first radio news bulletin, on the occasion of the election of the American president. . Three years later, in 1919, the first American radio station was created in Pittsburgh.

By the 1930s, most households in the United States and Europe had at least one radio, and families would gather around it each evening, spending hours listening to variety shows or comedies. This was the beginning of the golden age of radio, followed by the beginnings of FM radio in 1939.

Between 1920 and 1945, radio became the first electronic mass medium, monopolizing “the airwaves” and defining generations of mass culture.

Radio waves are very widely used in modern technology, in radio communications, radars, radio navigation, remote control, remote sensing and other applications. But the humble radio – at home in homes and restaurants, cars and hotel rooms – dominates them all.

In India, the history of broadcasting dates back to August 1920, when one of the first radio broadcasts was transmitted from the roof of a building. Three years later, the first radio program was broadcast by the Bombay Radio Club.

In 1923 and 1924, three radio clubs were established in Bombay, Calcutta and Madras, and broadcasting in India started as a private enterprise. The Bombay Radio Club broadcast the first radio show in India in June 1923. Music and lectures were included in the daily two- to three-hour broadcasts.

Lack of financial support forced these stations to close in 1927. This was followed by the establishment of the private Indian Broadcasting Company Ltd (IBC), which was licensed to operate two radio stations: the Bombay station, which was launched on July 23, 1927, and Calcutta Station, which started on August 26, 1927. However, things did not work out and the company went into liquidation on March 1, 1930.

The government took over the broadcasting facilities and launched the Indian State Broadcasting Service (ISBS) on 1 April 1930, on a trial basis for two years. It became All India Radio (AIR) June 8, 1936.

When India became independent in 1947, AIR – renamed Akashvani – became a separate department within the Ministry of Information and Broadcasting. It then had six radio stations – Delhi, Bombay, Calcutta, Madras, Tiruchirapalli and Lucknow – and 18 transmitters.

Back then, listening to the radio didn’t just mean clicking or pressing a button. People had to buy a Broadcast Receiver License (BRL), at the price of Rs 10 per year, in the 1960s to listen to the radio. The amount was revised to Rs 15 in the 1970s. Radio licenses were abolished in India in 1991.

The AIR network had expanded to around 146 AM stations by the mid-1990s with a national channel, the North East Integrated Service which aimed to reach tribal groups in North East India, and external services.

AIR now has a network of 262 radio stations, is accessible to almost the entire population of the country and reaches almost 92% of the country’s total area.

In 1967, commercial radio services in India started with the Vividh Bharati service headquartered in Mumbai. In 1977, FM broadcast started in Madras (now Chennai). Until the 1990s, AIR was all the Indian public had, but the emergence of private broadcasters resulted in private FM slots.

Radio broadcasting went digital in 1994 when radio streaming began via the Internet. This was accompanied by the first 24-hour Internet-only radio station.

Over time, the number of private players has diminished and Radio City, Radio Mirchi and Red FM are among the stations that have managed to hold on.

In India, radio continues to play an important role in disaster management by educating and informing listeners and facilitating discussions.

Every year, world radio day is observed on February 13 to celebrate “one of the oldest and most widely used means of communication”. Proclaimed for the first time by the Member States of UNESCO in 2011, then adopted internationally by the United Nations General Assembly in 2012, the idea is to promote the medium, increase accessibility and encourage more people to use it.

This date was chosen because it was the anniversary of the United Nations International Broadcasting Service, which was established on February 13, 1946 and celebrates radio as “part of human history”.

Radio has evolved and adapted over time, and the UN has noted the important role it has played during the COVID-19 pandemic. The media has made it possible “to ensure the continuity of learning, to fight against misinformation and to promote barrier gestures”, according to the organization, paying tribute to the media and the way in which it has adapted to “societal transformations and to the new needs of listeners. “for more than a century.

In India, the popularity of of Prime Minister Narendra Modi Mann Ki Baat demonstrates the importance and reach of radio as a means of communication.

On the occasion of World Radio Day 2022, UNESCO called on radio stations to celebrate the day through three sub-themes:

The history of radio dates back over 115 years, but it remains one of the most resilient and widespread means of communication, even in the age of instant messaging and WhatsApp.

According to the European Broadcasting Union (EBU), the future of radio is digital, cross-platform and hybrid. “Listeners will access the radio on a variety of devices, from ordinary receivers to smartphones and computers, with a screen displaying additional information, images and multimedia content,” it says in a report.

Whatever the future holds, it will remain a simple, straightforward voice that has the ears – and the hearts – of its listeners.

Chiropractor For Back Pain Relief Near Me — Hometown Station | KHTS FM 98.1 & AM 1220 — Santa Clarita Radio