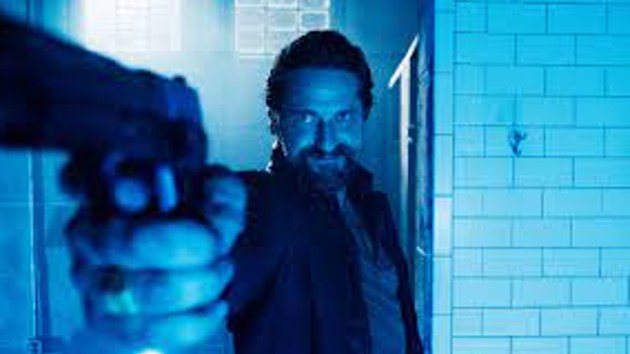 “It’s like… in the spirit of all the best 70s westerns,” 300 and Olympus Has Fallen star Butler told ABC Audio. “Small town rookie cop, not much going on in this town until the bad guys arrive.”

COPSHOP is anchored by a newcomer Alexis stronger, playing the trapped rookie cop with the two main characters, who must unravel a mystery dealing with corrupt officers while dealing with a psychotic hitman, played by Toby Huss.

Louder called his trial by fire “unbelievable.” “It was great working with people who are veterans of this industry and this genre, and they treated me like a peer,” she told ABC Audio. “They trusted me to do what I can do. “

Louder added, “But if I had a question, they were very generous and humble and caring with the wealth of information they have. And it was so much fun walking through the police station with these guys. “

Butler says COPSHOP is “extremely tense and fun and dark and harsh and yet a little irreverent and explosive.”