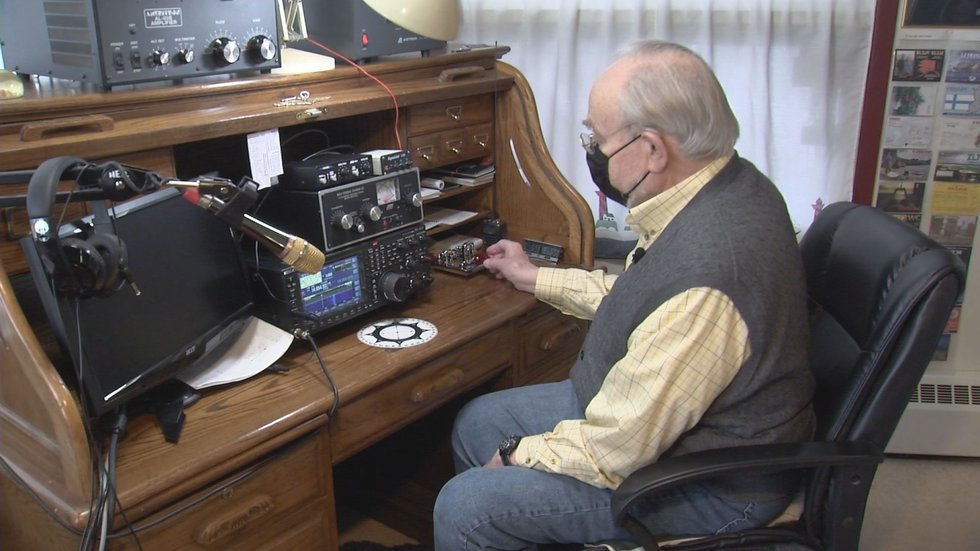 John Bury talks about 67 years as an amateur radio operator

ANCHORAGE, Alaska (KTUU) – Passing John Bury’s home in West Anchorage, you can’t help but notice the huge antennae that seem to reach into the sky. Bury’s “antenna farm”, as he calls it, is his link to communicate with people around the world.

Bury was a radio amateur for 67 of his 80 years. A native of Wisconsin, Bury was introduced to amateur radio as a young teenager by his father. In 1966, Bury, his wife Susan and their young daughter headed north to accept a teaching position in rural Alaska. They brought their ham radio gear with them and over the next 10 years in the bush they were glad they did.

“At the time, we had no other communication. There was no telephone in the village or anything like that,” he said.

He explained that amateur radio operators, also known as ham radio operators, use non-commercial radio frequencies to transmit their signals, which can be a big plus when cell phones or the internet go down. In Alaska, amateur radio has often been a lifeline, especially during disasters like the 1964 earthquake.

“That’s where ham radio really shined because, again, there was no communication here and it was ham radio that got the first messages out,” Bury said.

Bury said that for him, his hobby, which is more of a way of life, was greatly enhanced by the people he met on the air. His studio is lined with postcards, called QSL cards, which operators often send to each other after chatting on the air.

“It’s just a nice little thing to have, it’s been traditional for amateur radio since we started,” he said.

Bury’s card, which includes his call letters: KL7QZ, shows a photo of his family kayaking in the summer and a winter photo of Bury in his studio. The back of the map gives information about Turnagain Arm and the view Bury can see from his living room window.

Bury said one of the best things about ham radio operators is that they can take their portable equipment anywhere, including mountains, bikes, water, even space.

“Astronauts have to be radio amateurs, and there’s an amateur radio station on the space station,” Bury said. “So we can talk to them.”

Bury said it was pretty special to send a message into space and hear back. He has a postcard on his wall from the International Space Station.