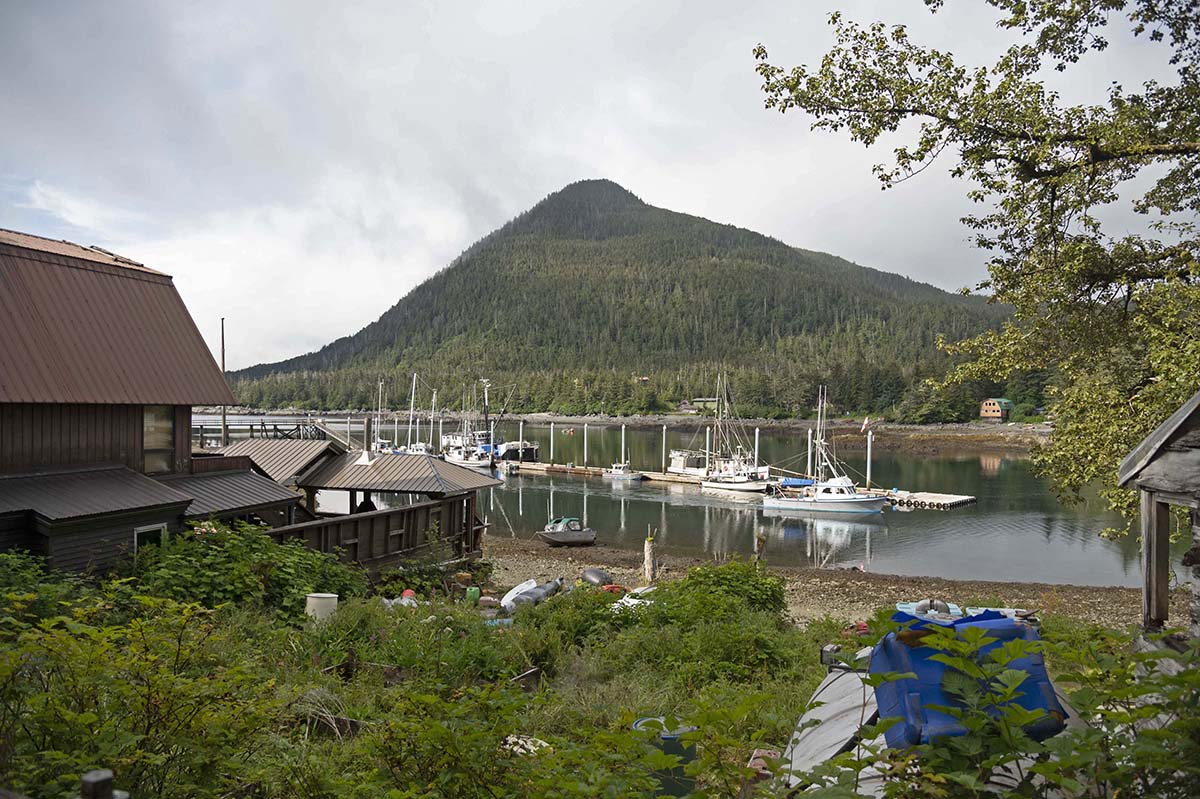 In the sleepy hamlet of Port Alexander in Southeast Alaska, amenities like wifi, cell service, and even electricity are a luxury. Diesel generators run everything and fuel isn’t cheap, so conservation is a cornerstone of everyday life. Now Sitka’s Raven Radio hopes to help the remote community conserve energy by updating its aging radio transmitter with wind and solar power.

Port Alexander is a difficult place to explain. It’s tiny, with less than 60 full-time residents, at the southern tip of Baranof Island. There are no entry or exit roads, no cell service or municipal electricity. Perhaps the PA is more a way of life than a place.

Most of the time the PA is quiet except for the sound of rain or whale breathing. Maybe a fishing boat leaving the harbor. But the most constant sound is the hum of the radio in people’s homes. Raven Radio to be precise. Susan Taylor, longtime Port Alexander resident and co-owner of the Laughing Raven Lodge, is well aware of this.

When I find her husband, Peter Mooney, he is in his shop, sharpening his chainsaw… listening to the radio.

“It’s like, you know, when I was trying to quit smoking, especially in the morning with coffee, you know? I don’t know if my coffee tastes the same without Raven radio in the morning,” he laughs. “It’s nice to know what’s going on in the world every day…you get NPR in the morning and it’s just that kind of really important contact with the outside world. And then we get, you know, the local news , And so on.

Sitka’s radio station broadcasts from a repeater on the couple’s property. Electricity comes from generators owned by the town of Port Alexander, burning expensive diesel in the process. However, perhaps an ambitious new project from KCAW could change that. Pete Tredish, is one of three engineers renovating Raven Radio’s transmitter. He says the station wants to alleviate some of the pressure on the community’s energy reserves.

“It’s not easy living in a city like this where you don’t have a city government that will provide all the services you get in a city, including electricity,” Tredish said. “It just seemed like it made sense for Raven Radio to step in and generate the power it needed to do its broadcast.”

He says part of the project includes the installation of a wind turbine and solar panels.

This power boost could not only help save diesel, but also help Raven Radio transmit further offshore, eventually reaching ships on the water. But building infrastructure in such a remote corner of Alaska is no easy task. Even during our interview, Pete and I sat in the dark, without enough electricity to power the lights.

“I mean, there are no stores here for food or for supplies,” he said. “Basic hardware items, you know, every screw that we had to think of ahead of time, or have someone send them to us later.”

Longtime resident Paul Young recalls how exciting it was to hear KCAW for the first time in the ’80s.

“Well, I remember when we first got it, was it really? We’re going to have Raven Radio here? Oh my God. Because we can get AM stations late at night in the winter, and it goes in and out,” Young said.

Marty Remond, who arrived in the 70s to be closer to the fishing grounds, echoed that sentiment. He says that before KCAW residents could get local stations, but coverage was spotty.

“You had to tie a wire for an antenna to get maybe, you could probably get Petersburg,” Remond recalls.

With modern technology, like the internet, Port Alexander is no longer reliant on radio as before. Still, Remond says it continues to be an important source of news, weather and general entertainment for the community.

“I would say maybe half the homes have satellite TV. And the rest of us don’t,” he explained. “I guess radio is more important, especially if you don’t have any kind of television for news or weather or whatever.”

As the age of technology continues to transform the way we consume media, it’s good to know that radio still has a hold on the people of Port Alexander.

Editor’s note: In the interest of transparency, Report For America reporter Tash Kimmell is employed by Raven Radio.