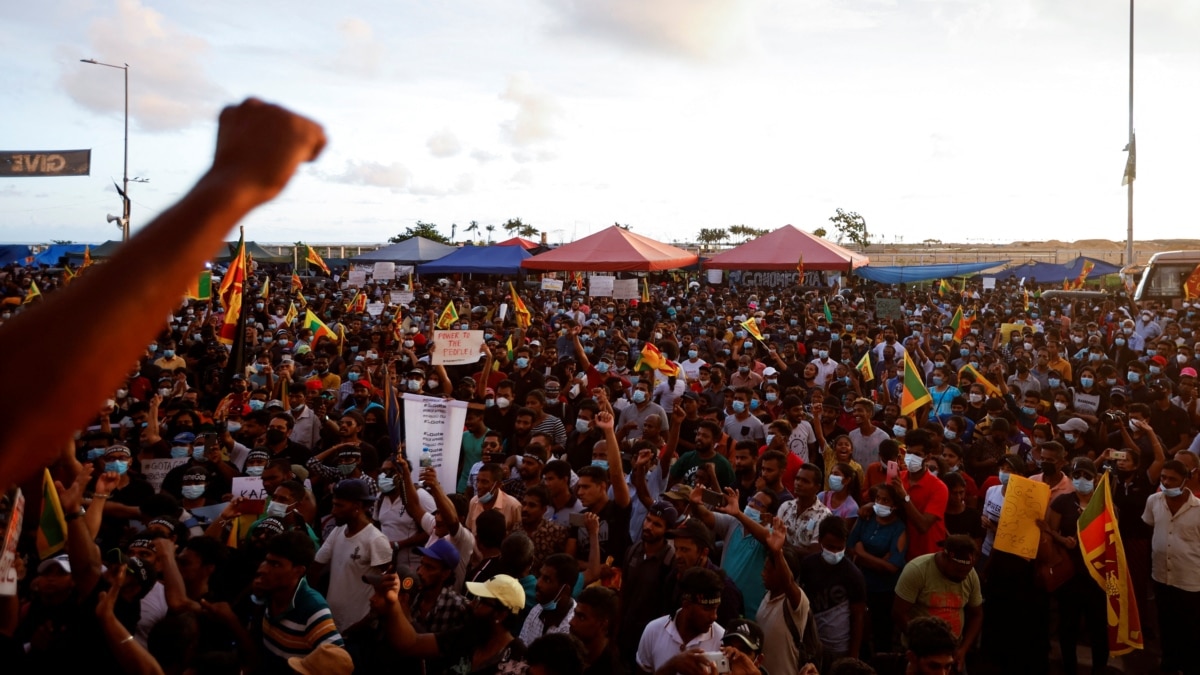 Sri Lanka’s beleaguered prime minister came under increased pressure to step down on Saturday as loyal allies broke ranks and backed street protests calling for the resignation due to the worsening economic crisis.

Media Minister Nalaka Godahewa has announced his support for the thousands of people outside President Gotabaya Rajapaksa’s office who are demanding that he and other members of his family relinquish power.

Sri Lanka is suffering its most painful economic downturn since its independence in 1948, with months of power cuts and severe shortages of food, fuel and other essentials.

The crisis sparked protests across the country, with angry protesters camping outside Rajapaksa’s office for more than two weeks.

Under pressure, the president sacked two of his brothers – Chamal and Basil – and his nephew Namal from the cabinet this month, but protesters dismissed the changes as cosmetic.

Godahewa, a former Rajapaksa loyalist, said the president should sack his older brother, Prime Minister Mahinda Rajapaksa – the family’s political boss – and allow a multi-party caretaker government to take over.

He said the government lost credibility after police killed a protester on Tuesday. Godahewa said he offered his resignation, but President Rajapaksa did not accept it.

“We need to restore political stability to successfully deal with the economic crisis,” Godahewa said in a statement posted on his Facebook page.

“The whole cabinet, including the prime minister, should step down and (there should be) an interim cabinet that can win everyone’s trust.”

Several other senior ruling party officials, including Dullas Alahapperuma, a former media minister and cabinet spokesman, have called on the prime minister to step down.

“I urge the president to appoint a smaller cabinet with genuine consensus representing all parties in parliament for up to one year,” Alahapperuma said on Saturday.

But the prime minister rejected their demands, insisting that a majority of ruling party lawmakers still backed him.

“A majority of MPs want me, there are maybe a few who want me to go,” Mahinda told Neth FM radio.

“People have to be patient to get through this crisis,” the 76-year-old added, rejecting calls for a unity cabinet.

“There can be no caretaker government without me as prime minister.”

Police and military tightened security in the central town of Rambukkana on Saturday for the funeral of Chaminda Lakshan, 42, who was shot when police broke up a protest against soaring fuel prices.

Saffron-clad Buddhist monks chanted teachings ahead of the sunset burial at the Lakshan family home.

Opposition leader Sajith Premadasa came to offer his condolences to his widow and two children, while a large number of villagers attended.

Police said they arrested a 28-year-old man who allegedly tried to set fire to a fuel tanker before officers opened fire on the crowd, killing Lakshan.

Hundreds of people had protested against a 64% increase in the price of diesel, commonly used for public transport.

Food, oil and electricity have been rationed for months and the country faces record inflation.

Hospitals are short of life-saving drugs and the government has appealed to Sri Lankans abroad for donations.

Finance Minister Ali Sabry, who is in Washington to negotiate a bailout from the International Monetary Fund, warned on Friday that the South Asian nation’s economic situation was likely to deteriorate even further.