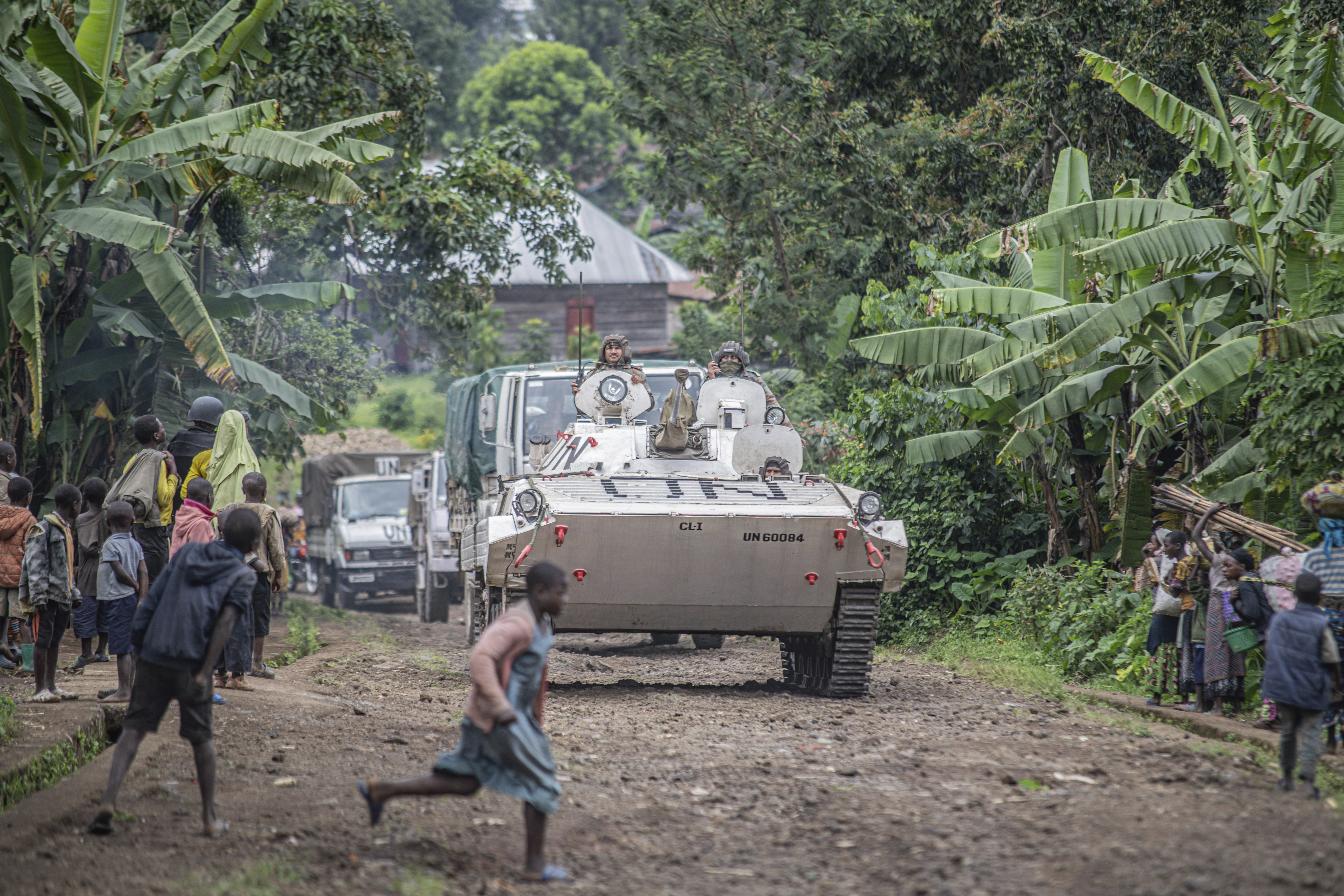 Kinshasa, June 16, 2022 — The Committee to Protect Journalists expressed concern on Thursday that journalists in eastern Democratic Republic of Congo have faced unjustified threats to their safety as they were on the front line of the conflict between government forces and the armed rebel group M23.

On the morning of June 13, M23 rebels took control of Bunagana, a town in the eastern province of North Kivu, from the Congolese army, according to media reports. That afternoon, M23 members destroyed and stole equipment from The Voice of Mikeno (RACOM) community radio, an independent broadcaster in the city, according to three people familiar with the events who spoke to CPJ under cover of the incident. anonymity for fear of reprisals.

Meanwhile, Voice of America journalist Austère Mavilika, who has covered the conflict between the M23 and the DRC army, told CPJ in a phone interview that he received threatening phone calls after the M23 issued a statement accusing it of siding with the DRC army.

“The safety of journalists working in eastern Democratic Republic of Congo is paramount as the conflict between the government and M23 escalates,” said CPJ Africa Program Coordinator Angela Quintal in Durban, Africa. from South. “The public, both locally and around the world, needs accurate and reliable information about what is happening in the DRC, and this is only possible if journalists can work freely and without fear.”

After the M23 took control of Bunagana, members of the rebel group went to the RACOM office around 5 p.m. and said they wanted to collaborate with the station, according to reports from the African Press Freedom Observatory (OLPA) and Journalists at risk (JED) press freedom groups and André Byamungu, the station’s director, who spoke by phone with CPJ.

Byamungu said the station staff did not trust the soldiers, so every employee left the office under the guise of going to get food and went into hiding. When the soldiers realized the staff members would not return, they destroyed and stole the broadcaster’s equipment, according to people who spoke to CPJ on condition of anonymity.

Mavilika, a journalist with the Swahili service of VOA, a US Congress-funded broadcaster who covered the conflict while embedded in the DRC army, told CPJ he received threatening phone calls since April from unidentified people accusing him of supporting the DRC forces, known as the FARDC.

In a May 23 statement that CPJ reviewed, M23 spokesperson Willy Ngoma accused Mavilika of being a “FARDC journalist.” The journalist said he then received a call on June 1 from an anonymous person who said to him, “You have hatred towards us. Soon you will be captured with the FARDC soldiers.

CPJ called Ngoma for comment, but he did not respond.