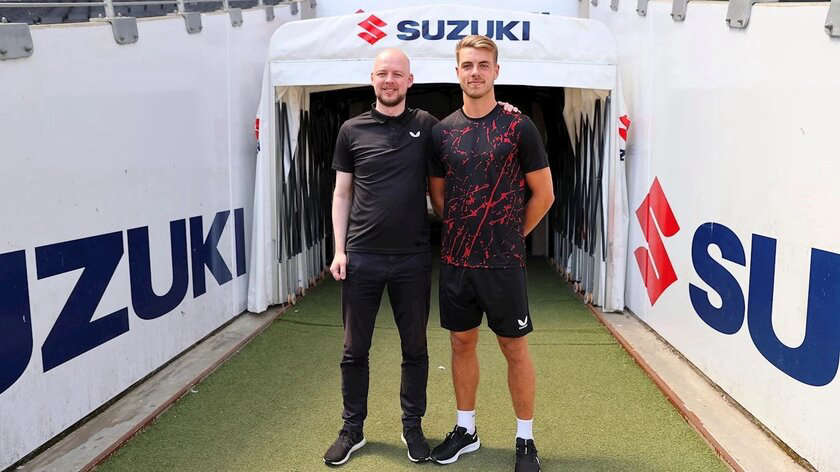 The 22-year-old centre-back was highly sought after this summer after the Gills were relegated last season, with his contract due to expire on July 1.

The Dons, who were so close to claiming automatic promotion last time out, have won the race to land the talented Englishman – who has been named Gillingham’s Young Player of the Season in four of the last five seasons.

Tucker, who officially joins once his contract expires and the two clubs negotiate appropriate compensation, brings with him a wealth of Football League experience despite his young age – with 137 appearances in total for the Kent club to his name.

Speaking about joining the Dons, Tucker commented, “I’m thrilled. I really think MK Dons is the right place to further develop my career.”

“I met the head coach and Liam Sweeting and they sold me the club, which is impressive in itself. They showed real enthusiasm to get me here and there, with the ideas they had. for me, made me really want to come here.”

“I followed MK Dons’ performances at the end of last season and the club had an impressive campaign.”

He concluded: “I’ve faced MK Dons a few times and I know how hard they make it for other teams so I can’t wait to be on the safe side from now on.”

Sporting Director Liam Sweeting also commented: “Jack is a great addition to Football Club and someone we’ve been keen to bring here for a long time.”

“He is, first and foremost, a great professional and has the type of characteristics we are looking for to represent MK Dons. On the pitch, he is another player who we believe has huge potential to develop further within the team. our culture, under Liam’s leadership and within our style of play.”

“I can’t wait to help him settle into Milton Keynes and see him at Stadium MK soon.”

Head coach Liam Manning added: “Jack is someone we have been looking for for some time and we are delighted to have been able to bring him to The Football Club.”

“He has the attributes, physically and technically, that we expect of a player in his position and we saw that first hand when he played in a midfield role against us in January. His personality also matches perfectly to the culture that we continue to establish here at the club.”