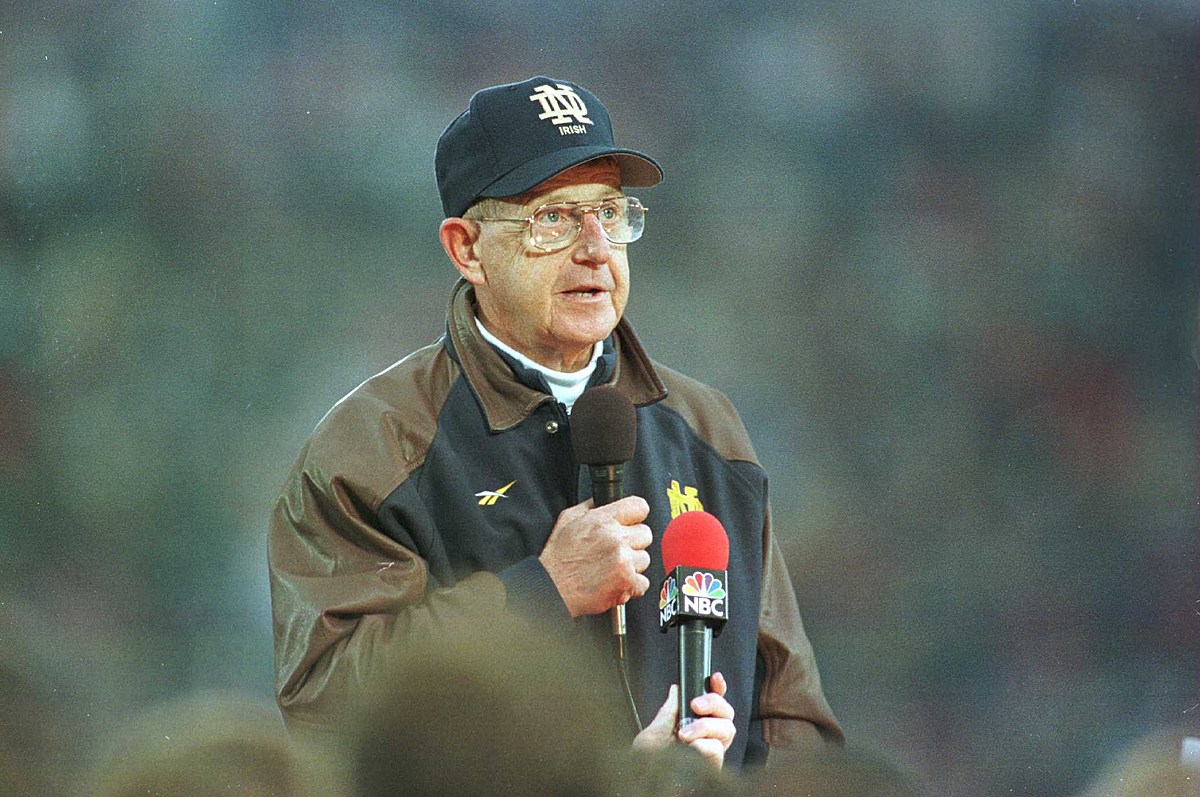 Are NBC and Notre Dame Football like a tired, long-married couple who just stay together because neither has anywhere else to go?

That’s the guess put forward by a sports media pundit writing to BarrettSportsMedia asking “Does NBC even like Notre Dame?”

The take is from the open broadcast booth heading into the 2022 season. With Drew Brees leaving the Peacock apparently replaced by former Dallas and New York coach Jason Garrett, who is likely sending Garrett to South Bend for Notre Dame’s home games.

His partner? Not Mike Tirico. NBC books its best announcer for Sunday Night Football replacing Al Michaels. This will likely be an elevation of field reporter and pre/post game host Jac Collinsworth.

MORE: Albion College is the only non-Big 10 Michigan school to ever beat Notre Dame

The The Collinsworth/Garrett pair did spring training with the USFL. While Collinsworth is a Notre Dame alumnus, Demetri Ravanos, the author of Barrett’s article, says the young Collinsworth is not particularly connected to his school:

He lacks the personal connection and passion for the team that this show would warrant.

Garrett has no connection to South Bend, except perhaps that he drove around town along the Indiana Toll Road during his life.

Also, over the years, NBC hasn’t seemed to show Notre Dame much deference, despite granting them the exclusive national platform that the school and their diehards believe they deserve.

NBC [has leaned] on Doug Flutie, who did not play at Notre Dame. In the past, it was Pat Haden, who played for Notre Dame’s most hated rival, USC.

Brian Noe asked Mike Golic about it last year. The Radio Hall of Famer said it certainly seemed like an intentional move by NBC to keep former Notre Dame players out of the broadcast booth.

“We had Boston College guys there in Flutie, and Tony Dungy in there, and now a Purdue guy in Drew Brees,” Golic said. “I’m like wait a minute, man, I’m a Domer. Let’s put a domer in there for a bit. But I can’t make those decisions because I would love to, of course.

Should it be the Collinsworth/Garrett combo this fall, imagine all the seasoned broadcast professionals with significant ties to Notre Dame who have been overlooked:

So if NBC really cared about the Notre Dame product, why would they treat this supposed golden hen the same as USFL shows?

KEEP READING: Here are 50 of the most famous sports gaffes

Madden 23 hands-on preview: Admittedly progressive, but is it really ‘new’?