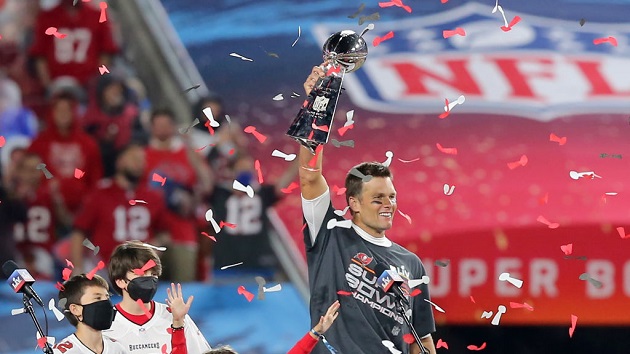 Brady, the most successful quarterback in NFL history, has won seven Super Bowls – six with the New England Patriots and one with the Tampa Bay Buccaneers – and won five Super Bowl MVP trophies and three NFL MVP trophies. He went to 15 Pro Bowls and was All Pro in each of his MVP seasons.

Brady, 44, played two seasons with the Buccaneers after leaving New England in 2020. In his first season at Tampa Bay, he led the Bucs to their first Super Bowl win since 2003.

He holds virtually all career records for a quarterback, including most passing yards (84,520), completions (7,263) and passing touchdowns (624).

While Brady himself has yet to announce the move, his company, TB12 Sports, tweeted the star’s accomplishments and wrote, “Thank you for everything, @TomBrady.”

Brady has immersed himself in several off-court pursuits in recent years, including his TB12 Sports, a health and wellness business, and the Brady Brand clothing line, which he launched earlier this month and which will be sold in Nordstrom stores.

He told ABC’s “Good Morning America” ​​that he was “very involved” with the clothing line.

“I’ve always been into, you know, fashion and clothes, and I wanted to be as active as possible,” he said.

Brady was far from a highly touted prospect as Michigan’s sixth-round pick by the Patriots in the 2000 NFL Draft. But a hit by New York Jets linebacker Mo Lewis against starting quarterback of the Patriots Drew Bledsoe in the second week of the 2001 season launched Brady into stardom in his second season. He ended up starting 14 games, leading the team to an 11-3 record and an upset win over the St. Louis Rams in the Super Bowl.

He won two more Super Bowls over the next three seasons, establishing himself as a star and the Patriots as a dynasty led by head coach Bill Belichick.

This is a developing story. Please check for updates.