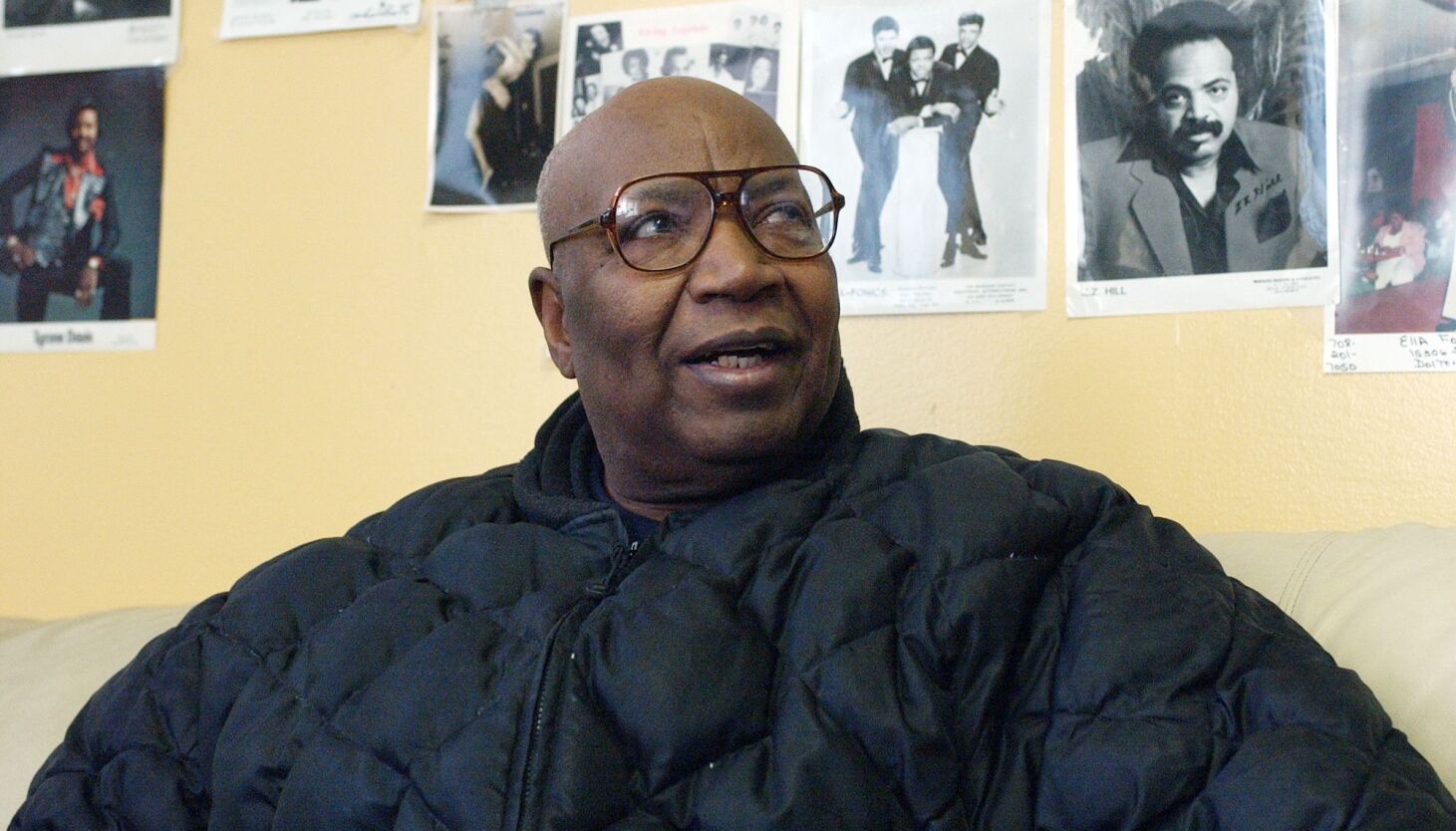 Legendary WVON-AM disc jockey Pervis Spann, who helped build a black radio powerhouse in Chicago, died Monday at age 89 at his South Side home of complications from Alzheimer’s disease.

His television career spanned more than 60 years. He was hired at WVON by Leonard Chess, co-founder of Chess Records, who bought the station in 1963, according to Shawnelle Richie, speaking on behalf of the Spann family.

He became known as one of WVON’s “Good Guys” – a group of star DJs that included the late Herb Kent.

Mr Spann – who has also worked as a concert organizer – has been credited with boosting the careers of Aretha Franklin, BB King and the Jackson 5.

Mr. Spann “is the one who named Aretha Franklin the ‘Queen of Soul,'” the Reverend Jesse L. Jackson said.

“My dad knew she was going to be a force of nature,” his daughter told WLS-TV. At the Regal Theater in the 1960s, “he actually crowned her ‘Queen of Soul’ and the rest is history”.

Growing up in their home, she said, “It was nothing to wake up to, and BB King would be here or Johnnie Taylor.”

In the early ’60s, Mr. Spann and another of the ‘good guys’, E. Rodney Jones, helped buy the Burning Spear nightclub at 55th and State streets, where the Jackson 5 won their first major talent contest. , said his daughter.

Jackson called him “a conduit who came to Chicago to spotlight the talents of big names like BB King, Bobby ‘Blue’ Bland, and Golden ‘Big’ Wheeler.” The blues became more mainstream because of Pervis Spann. He was a promoter of our culture, a shrewd businessman and an asset to our organization. WVON put us all on the map.

In a 2013 tribute to the “Good Guys” and WVON’s 50 years of broadcasting, U.S. Representative Danny K. Davis, D-Ill., said, “These personalities became so informative and influential that during the riots that followed the death of Dr. Martin Luther King, they called for calm and peace, and people began to listen to them.

In a 2013 interview with the Chicago Sun-Times, he said, “I was the first black American to build a 50,000 watt radio station on American soil. And I built it in Memphis. . . It was in the 1980s. I could listen to my station in Memphis going up and down the Dan Ryan highway.

After Chess’ death in 1969, WVON went through a series of ownership changes. Mr. Spann and fellow “Good Guy” DJ Wesley South formed Midway Broadcasting Corporation in 1979 to run the station.

Growing up in Mississippi, Mr. Spann was picking cotton before he was 10, according to an oral history conducted for the HistoryMakers website. At around 15, he was running a black theater in Itta Bena. He later followed his metalworker father, James Henry Spann, to Indiana, where he worked in construction for Youngstown Sheet and Tube in East Chicago, he said in the interview.

During the Korean War, he served in the United States Army.

He made two unsuccessful attempts at public office – in 1991, when he ran in the Republican primary for mayor of Chicago, and in 1999, when he ran for Chicago City Council in the 18th Ward. . For this campaign, James Brown came to the South Side to talk to him, telling supporters of the “I Feel Good” DJ about the endorsement.

“He was such a great dad that any guy I dated, if he wasn’t up to it, I just couldn’t be with him,” she said. “He used to teach us, ‘There’s no big me and little you. You want to treat the prisoner like the president. ”

Mr. Spann is also survived by his wife Lovie of 67 years, his son Darrell, who was his caretaker, and his daughters Latrice Levitt and Chanté Spann.