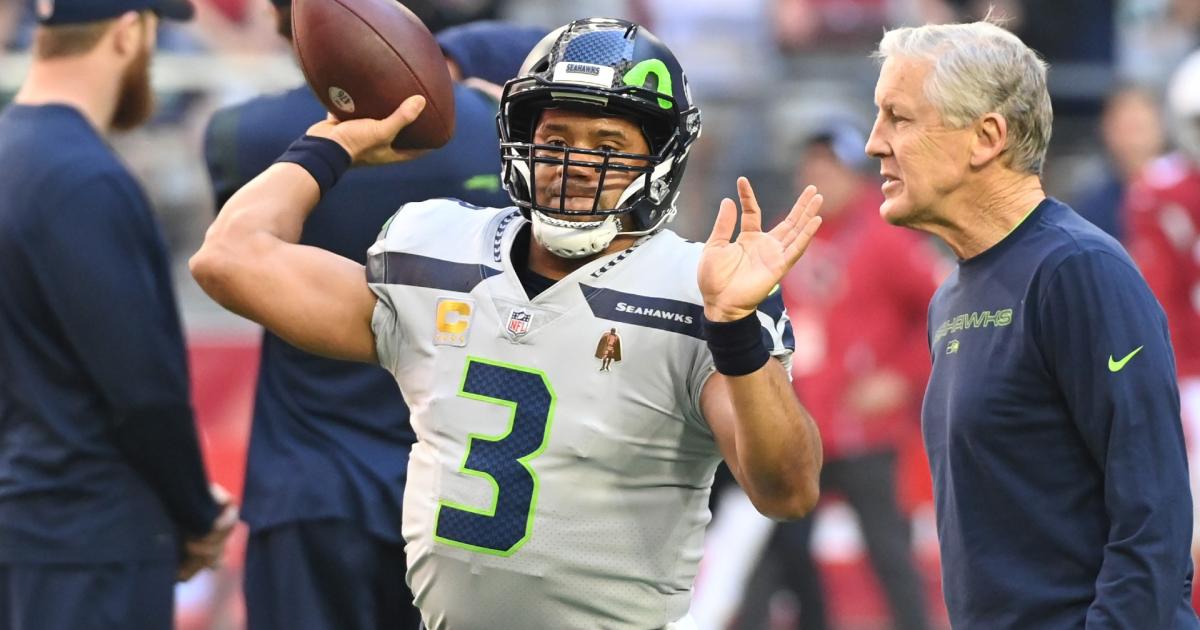 Pete Carroll wasn’t about to let the Seahawks franchise quarterback go without trying to convince him to stay.

Carroll told 710ESPN radio in Seattle that he tried to convince Wilson to stick around given the “history and all the time” between him and the Seahawks. Carroll was unsuccessful, however. Wilson wanted out and was traded to the Broncos on March 16.

“When you’ve built a relationship over a long period of time, there are great benefits to moving forward and way beyond your career and stuff,” Carroll told the radio station, according to Mike Dugar of The Athletic. “It’s all part of the conversation. What I keep saying, Mike, I had no intention of moving at all while the guys were under contract and we were happy with what was going on and everything.

So I fought for the logic of this for quite a while until it wasn’t meaningful to stick with it anymore.

Pete’s full answer when asked if he tried to convince Russ to stay.

Last line: “I fought for the logic of this for quite a while until it was no longer meaningful to stick with this.” pic.twitter.com/w7pjr0hA82

MORE: Why did the Seahawks trade Russell Wilson?

There had been reports for some time that Wilson was frustrated with the management of the Seahawks. Since going to the Super Bowl in 2014, Seattle hasn’t even reached the NFC Championship yet. Wilson was 26 the last time Seattle reached the Super Bowl. He is now 33 years old.

Despite the team’s struggles, Wilson remained one of the NFL’s most consistent and productive quarterbacks. He’s had at least 30 touchdowns in all but two seasons since 2014, and has only hit double-digit interceptions three times. He passed 4,000+ yards and 3,000+ yards three times in each campaign.

The 2021 season was the first time in Wilson’s career that he failed to appear in all regular-season contests, when he missed three games with a broken finger that required surgery. He still started 14 games and completed 64.8% of his passes for 3,113 yards with 25 touchdowns and just six interceptions, while rushing 43 times for 183 yards and two other scores.

Wilson brushed off trade speculation earlier this offseason before a few teams started inquiring about a possible trade. Wilson decided to waive his no-trade clause for the Broncos, in part because of the team’s young receivers, according to Ian Rapoport of the NFL Network.

Wilson brushed off trade speculation earlier this offseason before a few teams started inquiring about a possible trade. Wilson decided to waive his no-trade clause for the Broncos, in part because of the team’s young receivers, according to Ian Rapoport of the NFL Network.

And it already looks like Wilson is already enjoying the connection he has with at least one of these new receivers.

Ryan eager for a fresh start at Indy after 14 seasons in Atlanta – 95.5 WSB