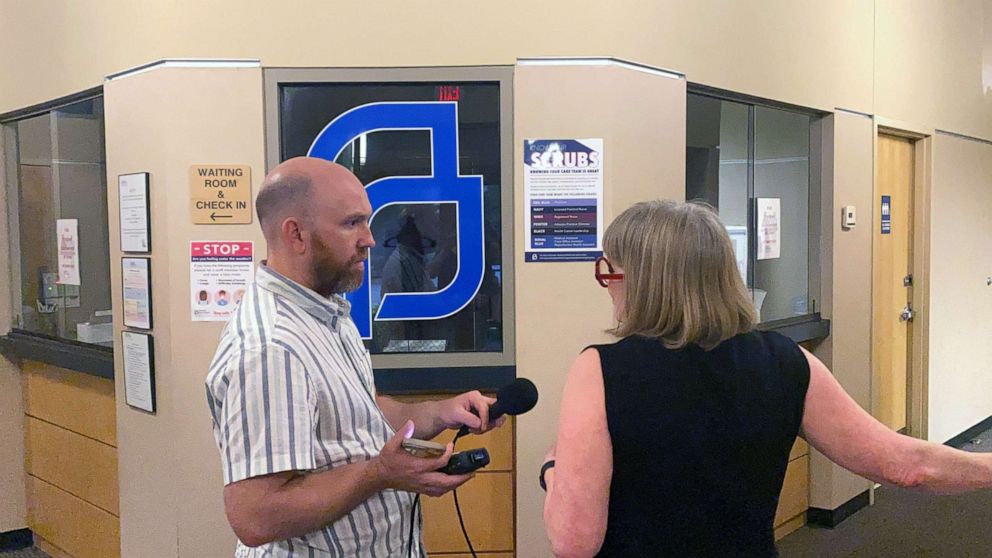 (LITTLE ROCK, Ark.) — Dr. Janet Cathey, chief medical officer for Planned Parenthood in Little Rock, Arkansas, said her team had spent weeks preparing for an end to legal abortions in her state in anticipation of the Supreme Court’s decision to overturn Roe. v. Wade, but she still couldn’t fathom how quickly it all ended with the decision on Friday morning.

“I just thought we’d have Friday and Saturday,” she told ABC News’ “Start Here” podcast. “I was just banking [on it]. I told the patients, ‘you have to come in here. If you get here this week, I think you’ll be fine.”

Arkansas was one of the first states to trigger its “trigger law,” which banned the vast majority of abortions in the state, just hours after the court issued its ruling on June 24.

Little Rock Planned Parenthood scheduled its first appointment that day for 10 a.m., but within minutes patients were notified that their appointments were cancelled.

Despite all the news that Roe might be knocked down, many patients weren’t informed enough about the news to know that possibility was even on the radar, according to Cathey.

“We’ve had patients we’ve called who said, ‘No, I’m almost there. I’m in my car,” she said. “Most of them are just young people just trying to go to school, live their lives and take care of their children.

Cathey said she fears women seeking abortions will have to struggle more and live with lasting repercussions as the number of clinics and legal facilities are closed across the South.

Anyone who performs or attempts to perform an abortion can be charged with a felony punishable by up to 10 years in prison and a fine of up to $100,000, under the United States Human Life Protection Act. Arkansas. The law provides an exception when the patient’s life is in danger, but does not provide any exception in the case of rape or incest.

Cathey, who took ABC News to tour empty rooms at her facility on Sunday, said she’s seen more patients flowing out of neighboring states that have enacted strict abortion bans ahead of the Supreme Court case. . Now these patients will have to travel further and, in some cases, fly to have safe and legal abortions.

“Imagine a teenager trying to navigate this system,” she said. “The laws are very confusing. The news is very confusing. I think a lot of women won’t know where they can go.”

Cathey added that many patients fear being arrested or prosecuted for crossing state lines to have an abortion.

Arkansas Attorney General Leslie Rutledge, who put the law into effect Friday, told ABC News’ “Start Here” that his message to patients seeking legal abortions in his state is, “if they aren’t ready to be a mom, so be responsible.”

She acknowledged that victims of sexual assault do not choose to become pregnant, but defended the penalties for administering an abortion to these women, saying that “we have hurt these women” but “these children and these people have had the possibility of living and for women punishing an innocent life because a cruel and evil person has hurt and hurt her… two wrongs don’t make a right, as they say.

Rutledge said she would focus on providing more resources to support the adoption of these babies, but did not elaborate. Cathey and abortion rights supporters have criticized what they see as a lack of a safety net for those forced to carry a baby to term.

Rutledge said she would focus on providing more resources to support the adoption of these babies, but did not elaborate.

The attorney general declined to discuss the possibility of criminalizing Arkansas residents who travel out of state to have abortions, saying “that’s a conversation we’ll be having in state homes across the country”.

Sitting in an empty exam room that will no longer be used for abortion services, Cathey fought back tears, describing patients who suddenly don’t know if their next move will break a law.

“It’s any range of emotions. Some of them were crazy patients and there were crying patients,” she said.

“That there is going to be a fear. It will be a public health issue,” Cathy added.

Make Yourself Heard: Break Your Song On The Radio Panel