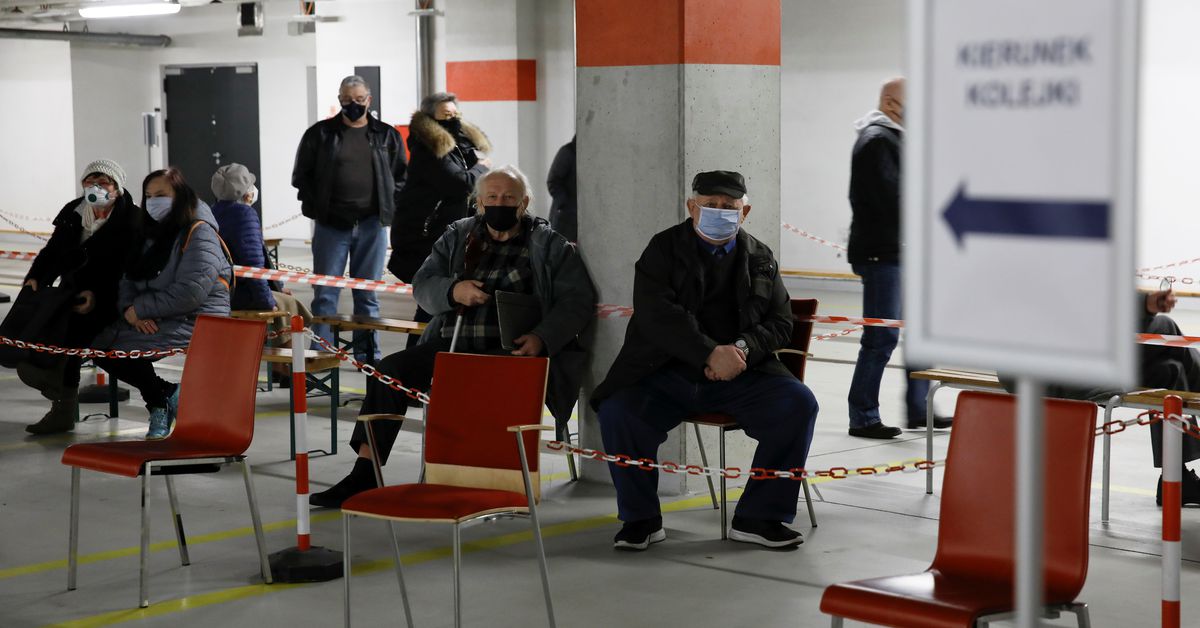 WARSAW, June 29 (Reuters) – Poland is considering making vaccination compulsory for those most at risk of COVID-19, such as health workers, the health minister said on Tuesday as the country seeks to counter the resistance of those who have not yet been vaccinated.

“Unfortunately, we feel like we have reached a certain ceiling – it is difficult to convince those who are not convinced because all the arguments and other kinds of actions have already been taken,” Adam Niedzielski said on the radio. Catholic Radio Plus.

Niedzielski also said there was a possibility of a fourth wave of the pandemic in the second half of August, reflecting the increase in daily cases seen in Britain.

“We have such a streak in Europe, which means that what is happening in Britain is happening here about two months later (…) in our case there is a possibility that a fourth wave will appear in the second half of August, “he said.