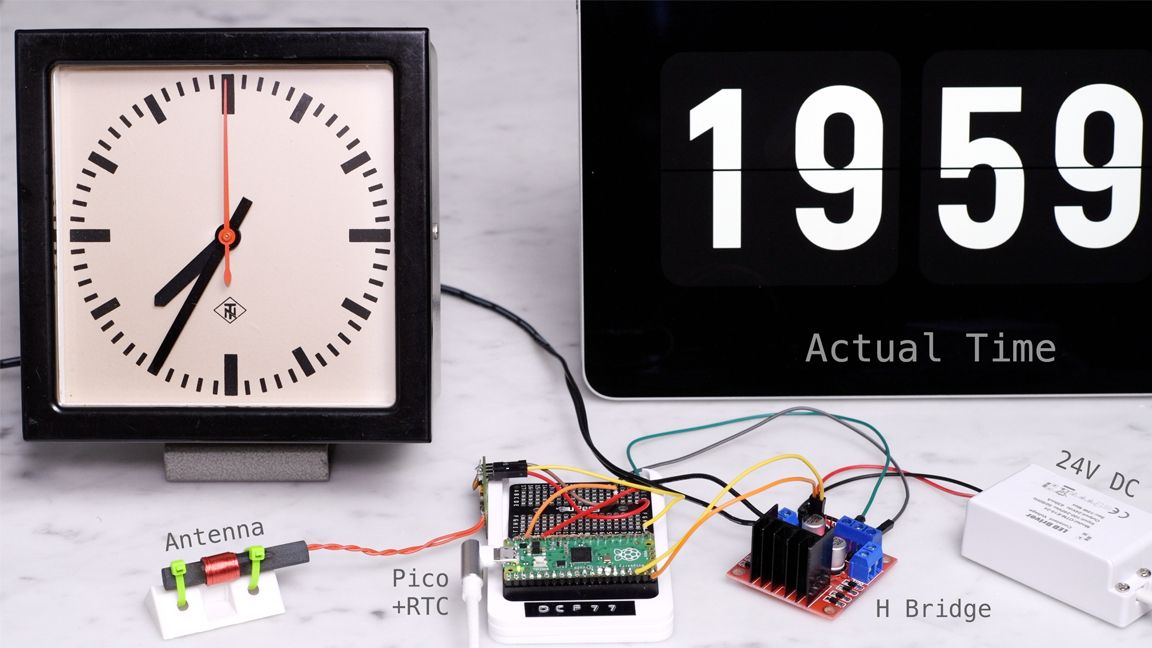 When it comes to bringing old hardware back to life, the Raspberry pie is an excellent candidate for restoring function with a modern twist. Today we share a great pico atomic clock project that demonstrates it. Created by VEEB Projects, the projects restore original functionality to an old train station clock using a Raspberry Pi Pico that checks the current time using a radio antenna.

VEEB projects is no stranger to Pi projects – this Swiss-based developer regularly shares micro-electronics projects. One of the most recent examples being the Heat-o-matic. This is another Pico powered project designed to automate heat control using a temperature sensor and relay. In the demo video, they used the setup to successfully cook a few burgers.

According to VEEB Projects, the idea behind this project was not only to restore the old clock to a functional state, but also to ensure that it did not require internet access to function. This led to the development of a radio monitoring system that checks the time using the DCF77 signal, an ongoing European broadcast since 1973 that transmits the current time as determined by atomic clocks.

The Raspberry Pi Pico is connected to a ferrite receiver which is used to pick up radio signals, including the DCF77 signal used in this project. An RTC (Real Time Clock) module is used to ensure that time is maintained between signal checks. To control the clock arm mechanism, they added an L298 H-Bridge motor controller into the mix.

The DCF77 signal broadcasts the time using a data stream that Pico is able to interpret. Once the signal is interpreted, Pico uses the data to set the time on the clock using the L298 H-bridge to move the arms on the clock.

If you want to recreate this project, you’re in luck. VEEB Projects has shared everything you need to get started, including a build tutorial, demo video, and complete source code. Visit the official project page at GitHub.

To see this Raspberry Pi project in action, watch the demo video shared at Youtube by VEEB Projects and be sure to follow them for more cool creations.