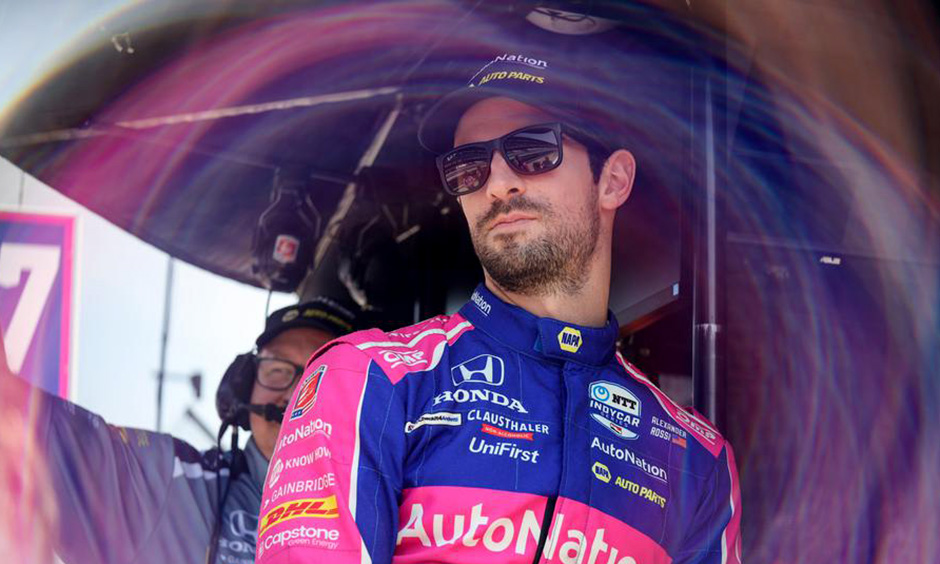 Alexander Rossi is back on the track where he last won an NTT INDYCAR SERIES race – in 2019 at Road America – and Friday set the fastest lap in the opening practice of this weekend’s Sonsio Grand Prix at Road America presented by AMR.

Rossi edged out Andretti Autosport teammate Colton Herta and the rest of the 27-car field in the day’s 75-minute practice. Rossi’s fastest lap in the No. 27 NAPA AUTO PARTS/AutoNation Honda was 1 minute, 45.6027 seconds; Herta ran 1:45.7361 in the #26 Andretti Autosport Gainbridge Honda with Curb-Agajanian.

Marcus Ericsson, the winner of last month’s Indianapolis 500 presented by Gainbridge, finished third in the No. 8 Huski Chocolate Chip Ganassi Racing Honda at 1:45.8050.

This race features the return of Simona de Silvestro, the 2010 Indianapolis 500 Rookie of the Year who finished second in 69 career starts. She drives the #16 Chevrolet Paretta Autosport in partnership with Ed Carpenter Racing. De Silvestro’s action on Friday was limited due to a left rear brake light.

Also back is Callum Ilott, the No. 77 Juncos Hollinger Racing Chevrolet driver who missed last week’s Chevrolet Grand Prix of Detroit presented by Lear due to a broken right hand suffered during the “500.” last month at Indianapolis Motor Speedway.

On Saturday, the NTT INDYCAR SERIES resumes at 10:45 a.m. (ET) with the first of two practices for the day. The second, at 5:20 p.m., follows the NTT P1 Award qualifiers at 1:45 p.m. All the action can be viewed on Peacock Premium, NBC’s live streaming platform. The INDYCAR radio network will also have coverage on the INDYCAR mobile app and racecontrol.indycar.com.

Stay tuned for a full report.