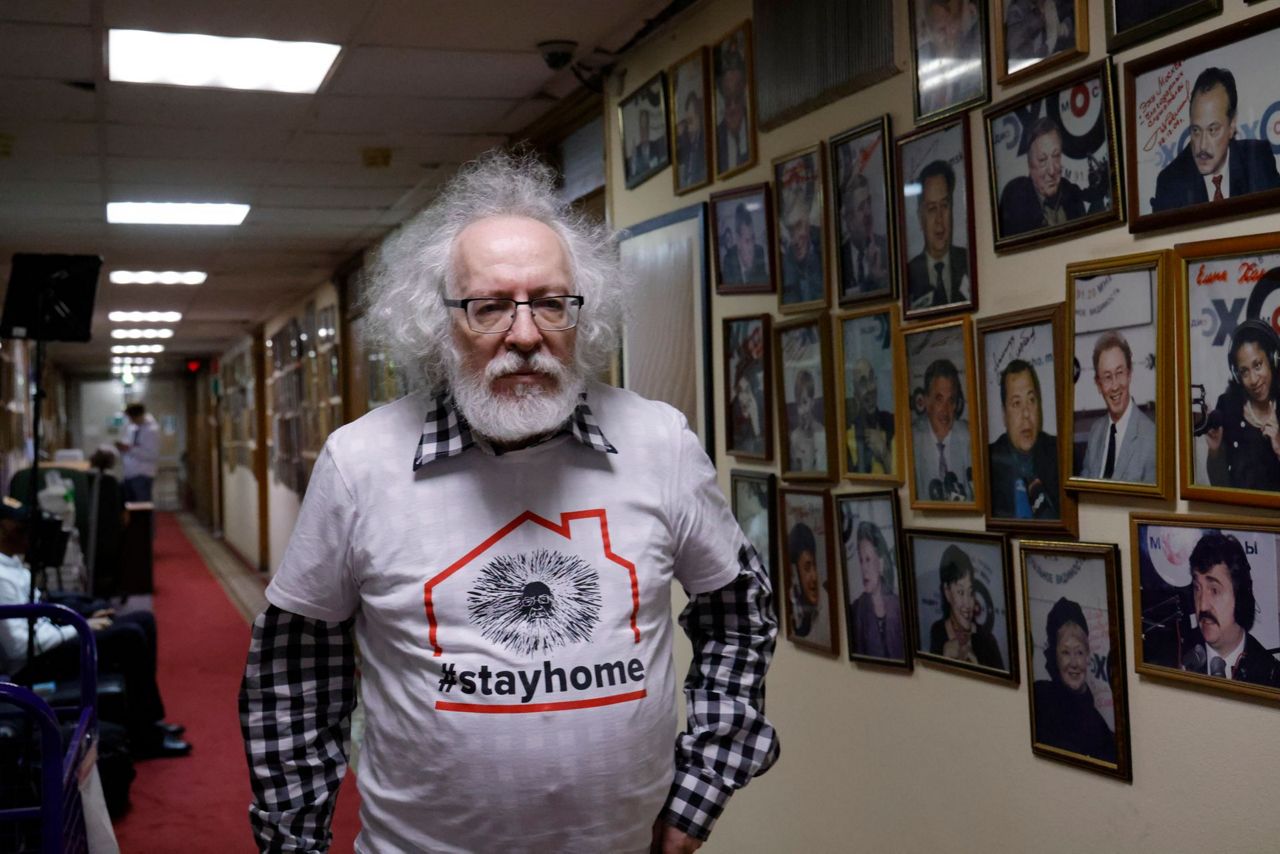 Russia’s first radio station shut down in crackdown on dissent

Ekho Moskvy (the Echo of Moscow) has been one of the country’s most influential and respected media outlets since its inception in 1990. With many other independent news outlets being shut down as part of a relentless government crackdown against opposition activists and independent media in In recent years, the station was the most visible critical media still standing in Russia.

The station was taken off the air Wednesday for failing to toe the official Kremlin line while covering the invasion of Ukraine that began on February 24.

On Thursday, the station’s board – controlled by its majority owner, a media arm of Russian natural gas giant Gazprom – declared Ekho Moskvy closed. Its reporters said they would continue to work on social media and YouTube.

Dozhd (Rain), a leading independent TV channel in Russia, announced on Thursday that it was suspending operations after receiving a threat of closure from authorities.

In Washington, White House press secretary Jen Psaki on Thursday deplored the moves against Ekho Moskvy and Dozhd as “an all-out assault on media freedom and truth” by the Kremlin.

Russian officials demanded that the media in Russia cover the invasion of Ukraine in strict accordance with the official line and quickly pounced on the media which described Russia’s attack on Ukraine as an “invasion or a “war” and broadcast statements from the Ukrainian side.

The tough action against Russia’s few remaining independent media outlets comes amid growing anti-war sentiment in the country, despite a fierce crackdown on protests.

Protests against Ukraine’s invasion erupted across Russia for four days as more than 1.1 million people signed an online petition calling for an end to the war.

Police moved quickly to break up anti-war protests, detaining more than 8,000 participants since the invasion began, according to OVD-Info, a rights group that tracks political arrests.

In an effort to stifle critical voices, Russian authorities have also restricted access to Facebook and Twitter, which have played a significant role in amplifying dissent.

Speaking at a briefing, Psaki said the United States was “deeply concerned” about the crackdown on protests and the latest moves against independent media. She noted proposals by some Russian lawmakers to make the dissemination of critical information about Russia’s invasion of Ukraine punishable by up to 15 years in prison.

“What they’re trying to do is block any information about what they’re doing to invade a sovereign country, and they’re taking tough action to do just that,” she said.

Follow all AP stories on the Russian invasion of Ukraine at https://apnews.com/hub/russia-ukraine.

Copyright 2022 The Associated Press. All rights reserved. This material may not be published, broadcast, rewritten or redistributed without permission.