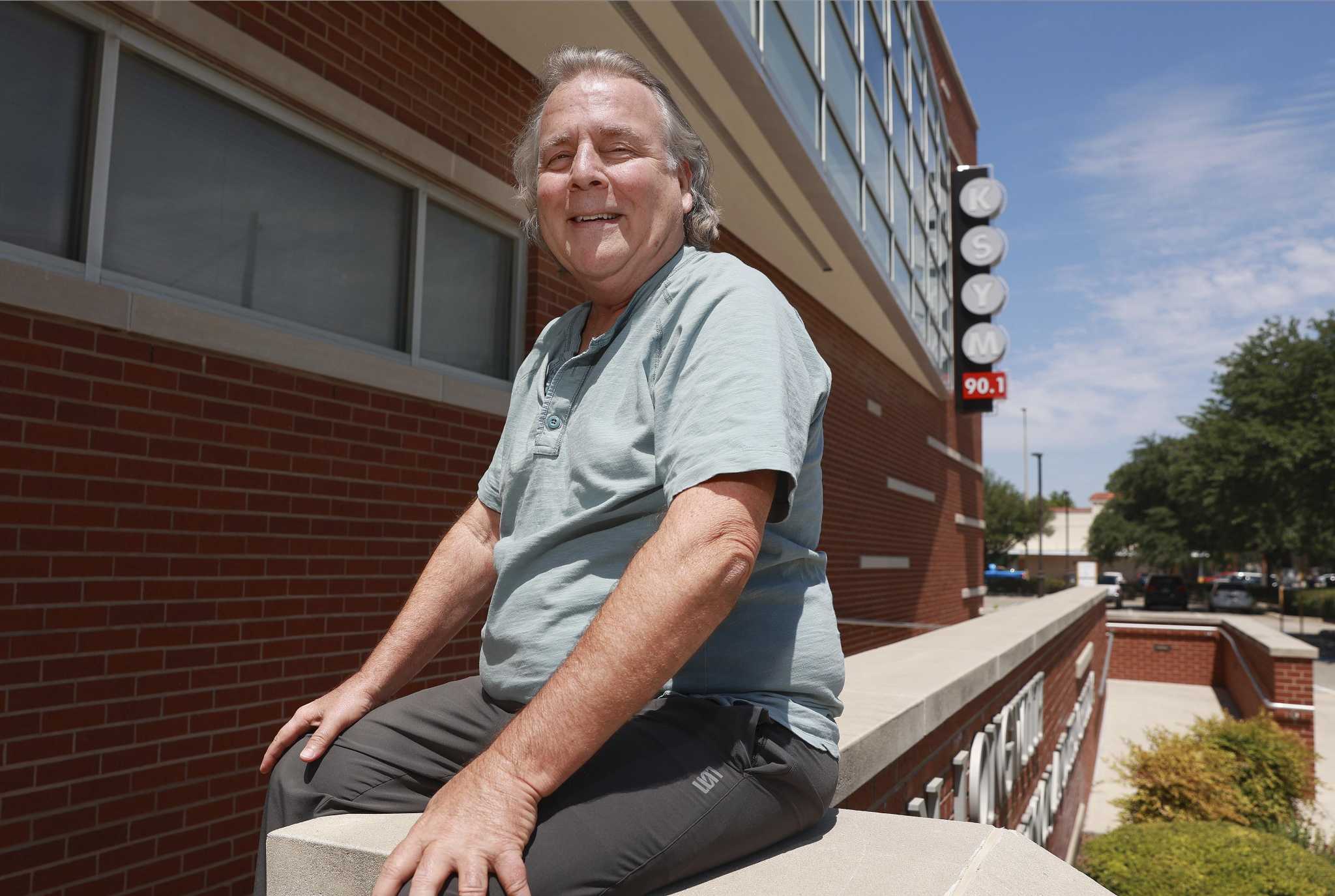 San Antonio was once known as the heavy metal capital of the world. DJ Donnie Meals fueled the flames

A phone call woke Donnie Meals one morning in 1976.

It was his manager, Lou Roney, at local radio station KISS. The morning show host couldn’t or wouldn’t work that day. Would Meals, then a self-proclaimed “part-time lackey”, replace him?

Meals would be on the air for as long as it took him to get dressed and drive the eight minutes to the studio. Although he can’t remember what he talked about, he must have made a positive impression on Roney, as Meals soon took over hosting duties for good.

Looking back, Meals considers that phone call his first big break. He was only 18 or 19 then.

“It was key to launching my career,” he said.

Now 64, Meals was inducted into the San Antonio Radio Hall of Fame in April and has been an integral part of the South Texas broadcast ecosystem for nearly 50 years. It is hosted on pop stations, news stations, Christian stations, country stations, classic rock stations, and heavy metal stations.

In some ways, being a radio host in 2022 is unlike being a radio host in 1975. While a senior at Central Catholic High School, Meals set her sights on the profession that spring. He had never considered himself a “music freak”, but he thought he had a pretty decent voice and sense of humor.

“It was just like, ‘Wow, can I really go to school and be a disc jockey?'” Meals said.

Two and a half months into Meals’ first semester, studying radio, broadcasting and television at San Antonio College, he put school on hold to start working for KMAC AM and KISS FM. Both were free-form stations, meaning the hosts had control over the musical content.

There, Meals recalls, he had virtually carte blanche regarding his song selections. Neither sound was too intense, though he and Roney did have a creative difference at times.

This refusal to play it safe has created an “exciting” work environment. Under Roney’s leadership, KMAC and KISS helped San Antonio develop a reputation as the heavy metal capital of the world during the late 1970s and early 1990s.

In 1983, years after Meals left the station in February 1980, Roney and Joe Anthony, another former colleague, contacted him to reveal that KISS had been sold. Meals, who had since moved about 100 miles southeast of Victoria, would he be interested in returning to San Antonio to fill the void with them?

“I think I got the call…on a Wednesday, and I was back in San Antonio that Friday,” Meals said.

The replacement Roney and Anthony had in mind was a station called KESI. So named because it was easy on the ears, KESI specialized in soft, harmless melodies, stuff Meals called “elevator music.” “It was just super sweet, lots of fiddles, that kind of stuff,” he said.

However, Roney and Anthony convinced owner Sam Sitterle that switching to heavy metal—effectively recreating KISS—would boost sales. Without telling the public in advance, they officially made the transition at 6 p.m. on a Friday, airing “Blinding Light Show/Moonchild” by the Canadian band Triumph.

“We just went from easy listening to really hardcore metal,” Meals said, adding happily, “and it really freaked the listeners out.”

The radio, in Meals’ story, is a fickle mistress. Careers often take the form of an endless cycle of hires, firings and rehires.

At this point, Meals was fired from KESI for the first time in mid-1984 after three months due to “differences of opinion”. Disheartened, he went to work at a local club named Houlihan’s, DJing Monday through Thursday nights and Friday happy hours.

Simultaneously, Meals continued to study multitrack recording, which he had started after leaving KMAC and KISS in 1980. He had always loved the technical process of recording.

Then, one Friday in early August, Meals spotted one of his former professors from San Antonio College sitting at the bar. The two were catching up over drinks when Meals mentioned he was studying multitrack recording. Coincidentally, the college was planning to offer a course on the subject this fall but hadn’t yet found anyone to teach it, so the professor asked Meals if he would be interested in doing so.

The invitation marked the start of a new chapter in Meals’ career. He became a part-time college instructor in 1984 and went full-time soon after earning his master’s degree in communications from the University of the Incarnate Word in 2007.

In the meantime, Meals opened his own recording studio, Edit Point Studios, earned his bachelor’s degree in communications from UTSA, and discovered a passion for documentary filmmaking while completing his master’s thesis, in that order. . He is currently working on his third documentary, a feature film about Mexican religious healers – curanderos.

That said, the documentaries are just a side project. With the exception of the summer when he travels to Mexico with his wife to shoot footage, Meals is primarily an educator these days.

In addition to managing San Antonio College’s radio station, KSYM, and coordinating the college’s radio, television, and broadcast program, Meals is teaching six classes this semester. He finds it “rewarding” to see his students master concepts and develop technical skills, but he tries to make his classes as enjoyable as they are educational.

“Some students may have developed bad habits since high school, or may be borderline homeless, or they may have (other) problems. They all have different distractions,” Meals said. “And when they’re in my class, I try to make it an escape.”

Teaching also keeps Meals sharp by forcing him to stay on top of innovations in radio. Before his words in clarifying, “I’m not against technology,” Meals has mixed feelings about the overall impact of these innovations.

The word Meals uses to describe the current state of the industry is “homogeneity”.

“All the radio stations play the same songs,” he said. “When we were locally owned…and free-form, there was extreme creativity not only in the music we played, but also in the type of promotions or the type of ways we presented ourselves on air.”

Digitization has had similar negative effects. Most contemporary commentaries are pre-recorded.

“You lose the ability to…really connect with your listener because you recorded them maybe a day earlier or even a week earlier,” he said.

In turn, Meals thinks the importance of radio to American culture has diminished, although he adds the caveat that he is specifically referring to music radio. Talk radio, he points out, remains an influential force.

In his mind, the drastic decline of radio is one more reason to nurture student interest. This is one of the reasons he took the opportunity to train the next generation of hosts.

“The relationship between the radio station and its listeners, that’s what’s going to bring it back,” Meals said.

He has faith that the relationship is not extinguished but simply dormant, waiting to be ignited again.