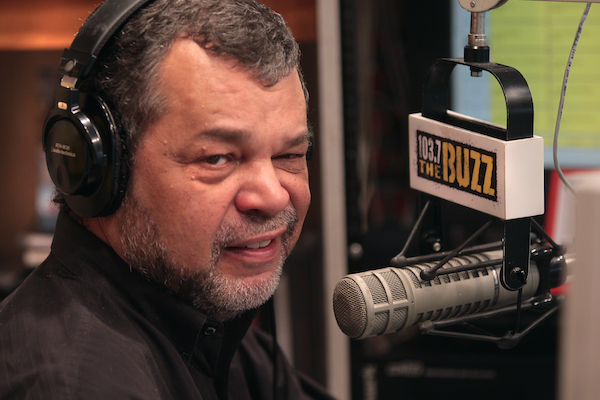 Smith hangs up mic after 4 decades on Little Rock radio

Tommy Smith, frontman of “The Show With No Name” on Little Rock KABZ-FM 103.7 radio station The Buzz, will hang up his mic after his last show on Wednesday morning.

It’s not exactly news. The longtime sportsman who drove in the morning was diagnosed about four years ago with myasthenia gravis, a chronic autoimmune disease that causes weakness in skeletal muscles. The disease is not curable, but it is treatable with medication.

As this progressed, Smith began to struggle to speak and said on air earlier this year that he would step down at the end of his current contract in 2022.

On December 14, it was announced that his departure had been brought forward.

“My myasthenia gravis was getting worse,” says Smith, 67. â€œIt has taken its toll. I can’t speak for four hours now.

His radio career began in 1974 at the now defunct KEWP-AM, 1380, in Little Rock. After serving in the military and working at a station in Colorado Springs, Colorado, he returned to Little Rock in 1980 and aired at KMJX-FM, 105, Magic 105, where he was up to the task. his brash, gonzo, tough-partying with an “outlaw” character.

Smith joined The Buzz in 2004 with former Arkansas Razorbacks football player David Bazzel for “The Show With No Name”. The program, completed by Roger Scott and producer RJ Hawk, focused on the Hogs, sports, news, listeners polls, remote shows and whatever came up.

Smith was also candid with listeners about his substance abuse issues.

Thinking back on his career, he sighs deeply before saying, “It has been so good for me – this company, the people I work with, the problems I have inflicted on them, I have been blessed.”

He also honored the late Phillip Jonsson, owner of Signal Media, and Frank Fletcher for their support and friendship.

On Tuesday, the station announced that the show would be renamed “Morning Mayhem” and that country and Poyen native hitmaker Justin Moore would join Bazzel, Scott and Hawk as co-host. Moore, who was the guest of the show, will debut Thursday.

Speaking about Smith last week, station general manager Justin Acri said, â€œHe helped bring the station to a place it had never been before. He took it to a new level and brought in a lot of great ideas. And all the charity work, he just has such a charitable heart. People talk about the old days of shock, but the dude has a heart as big as the whole state of Arkansas.

So, any specific plans for the last show?

â€œWe had talked about doing this or that, but I finally said it was enough to do the show,â€ Smith said. “In the last hour, we’ll go over the things we’ve done, good and bad, and then set off towards sunset.”