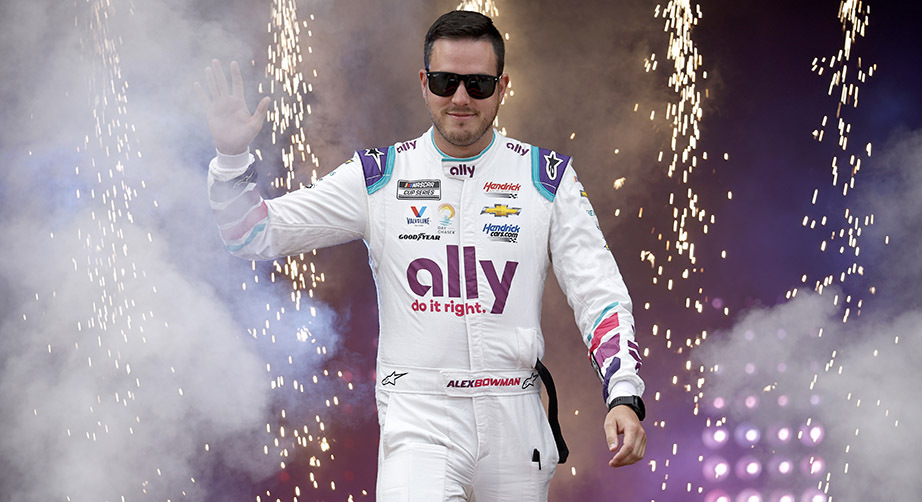 CONCORD, North Carolina – The NASCAR Cup Series returns to Darlington Raceway for the 73rd race of the Southern 500. Sunday’s race will mark the start of the playoffs. This final ten-race streak will ultimately crown the 2022 Cup Series champion in November.

Darlington Raceway’s flagship event has a rich history on the Cup Series calendar dating back to the event’s first run in 1950. Since then, the facility has hosted Cup Series races at least once a year with the Southern 500 traditionally held on Sunday evening of Labor Day weekend.

The track earned the nickname “Too Tough Too Tame” due to its unique composition. The racetrack is more of an egg-shaped design due to a minnow pond located on the outside of turn four. When the facility was built, the facility’s architect, Harold Brasington, promised the pond owner that the track would not disturb the minnow pond. This required workers to build much sharper three and four turns as opposed to the longer, more gradual one and two turns. The result is a very challenging circuit that forces riders to be on the edge of control during the heat of competition.

On Saturday afternoon, a familiar face will return to the NASCAR Xfinity Series with Kyle Larson driving at Darlington Raceway in the #17 Chevrolet Camaro. The native of Elk Grove, Calif., made his final trip to the series, by taking the checkered flag at Watkins Glen International.

As for the Cup Series, the sport’s best series has already made a stop at the South Carolina track this season with Chase Elliott leading the Hendrick Motorsports quartet with a fifth-place finish. While his teammate William Byron was credited with a 13th place finish, the 24-year-old led the race with two laps to go before Joey Logano made contact at the end of the race. Byron led 24 laps in the race before the bump in the closing laps.

This weekend’s race marks the start of the playoffs and all four Hendrick Motorsports drivers enter with a shot at winning the championship. Elliott enters the first round of the playoffs earning his first-ever regular-season title and the 15 playoff points that come with it. The Dawsonville, Georgia native is the highest-ranked driver in the playoffs with 2,040 points. Larson is fourth with 2,019 points, Byron is fifth with 2,014 points and Bowman is 15th with 2,006 points.

Over its storied history, Hendrick Motorsports has tasted victory at Darlington Raceway 14 times – the most of any team. Jeff Gordon leads the way with seven victories followed by Jimmie Johnson’s three triumphs. Terry Labonte, Mark Martin, Tim Richmond and Ricky Rudd each claimed a checkered flag at the South Carolina facility.

Sunday’s race will also mark a milestone for the organization as Hendrick Motorsports will become the fourth team to make 1,300 Cup Series starts.

RELATED: It Comes Full Circle For ‘The Iceman’

Here’s what you need to know to follow this weekend’s action.

WHAT TIME ARE PRACTICES AND QUALIFICATIONS?

Xfinity Series practice will kick off track activity for Saturday September 3 at 10:05 a.m. ET with single-round qualifying at 10:35 a.m. ET. Both events will take place on the NBC Sports App. Larson should be the first to qualify.

The collective training sessions for the Cup Series will take place on Saturday September 3 at 12:05 p.m. ET with coverage on the NBC Sports app. American Network will join ongoing coverage at 12:30 p.m. ET. Group qualifying will follow practice and begin at 12:50 p.m. ET on American Network. Larson and Elliott are in Pool A, while Byron and Bowman are in Pool B.

WHAT TIME IS THE RACE?

The Xfinity Series race is scheduled for 3 p.m. ET on Saturday September 3and will also be on American Network.

The Cup Series race is scheduled for 6 p.m. ET on Sunday September 4and will be broadcast on American Network.

CAN I LISTEN TO THE RADIO?

CAN I STREAM ONLINE?

5: Bowman’s playoff appearances in his career. The 29-year-old has been in the playoffs with Hendrick Motorsports every season since he started driving full-time for the team in 2018.

8.89: Larson’s average finish at Darlington in his career – second best among all drivers with at least two starts there. The native of Elk Grove, Calif., also led 686 laps at the South Carolina facility, third of any track on the schedule.

53: The number of races won by Hendrick Motorsports in the playoffs – the most of any team.