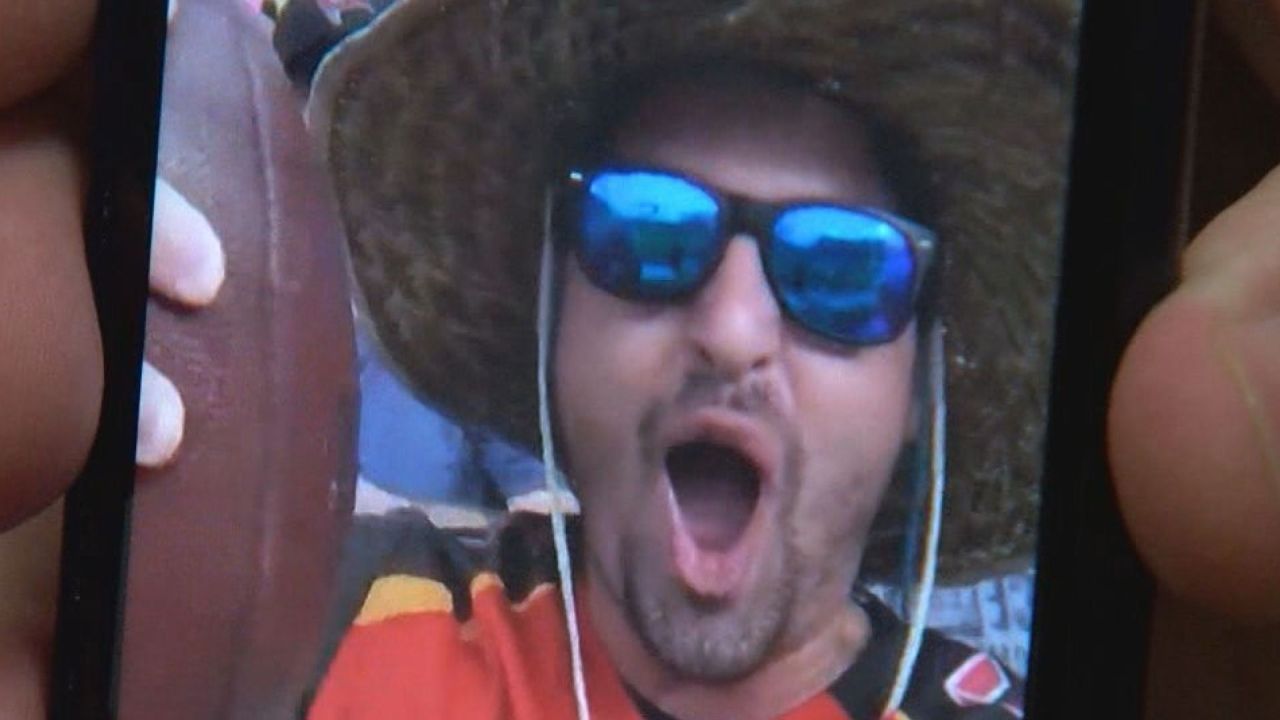 TAMPA (WFLA) – When Byron Kennedy went to the Tampa Bay Buccaneers game on Sunday, he could never have imagined how memorable that day would be.

Since that game, he has been talked about in the national media and his phone has exploded. Sports radio advertisers talk about his decision and sports memorabilia experts debate the value of the prize he had in his hands for a few brief moments.

Kennedy was sitting in the end zone with a friend when Buccaneers quarterback Tom Brady threw his fourth touchdown of the game. It was falling on him. Kennedy pulled out his phone to record the moment.

“I wanted to have a video of them scoring, coming straight at us, so I was actually recording that touchdown and I actually stopped paying attention after he scored the touchdown,” Kennedy said. “I didn’t realize he was coming to jump and give me the ball until he jumped up and gave me the ball.”

This was the ball Tom Brady used to throw his 600th NFL record-breaking touchdown pass. Bucs wide receiver Mike Evans had no idea and threw the ball at Kennedy. That made her day… maybe her year.

“I just thought it was cool to have a touchdown,” Kennedy said. “It’s not a historic touchdown ball. “

Andy Broome also watched the game as a fan, but also as an expert. He is a Senior Ranking Finalist with Certified Sports Guaranty. Put simply, if it’s a sports memorabilia that matters, Broome knows what it’s worth.

He watched Brady pass the ball, then Evans passed the ball to Kennedy.

“I don’t think anyone really immediately realized what was going on,” Broome said. “And then once it was figured out that it was the 600th touchdown pass and the ball was handed over to a fan. I think everyone quickly realized, hey, we have to get this back.

Kennedy says that’s exactly what happened. Moments after catching the ball, a Bucs representative approached him.

“They said, is there a way to get this ball back? And I said no. (laughs) Because I didn’t care if it was the 600th touchdown ball, I just wanted the playing ball that I got from the touchdown, ”Kennedy said. “I just thought it was the coolest thing ever.”

The rep didn’t give up, and eventually Kennedy relented.

“And he said look, Tom Brady wants this football back. It’s a record touchdown for him, ”the man told Kennedy. “And so I said, okay, I’m not going to say no to Tom Brady.”

Broome thinks the ball is worth quite a bit of a change.

“There has been talk of it being a ball of at least half a million dollars. It could very well be more than that. We could talk about 750, ”Broome said. “I wouldn’t even be shocked if it hit close to a million.”

The team gave Kennedy another game ball and a gift certificate for merchandise in the team’s store. He knows the ball is worth a lot of money, but thinks he did the right thing. He hopes the team will sweeten the deal, maybe a game of golf with the GOAT.

“That would be really cool,” Kennedy said. “I remember watching Tom and Tiger Woods perform together in the celebrity pro and it looked like a blast.”