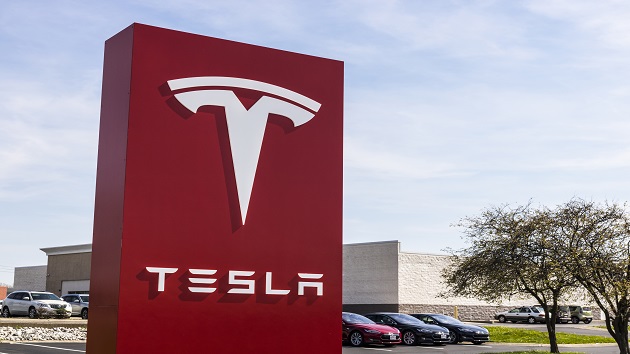 (NEW YORK) — Tesla filed a counterclaim against JPMorgan Chase on Monday, the latest salvo in an ongoing battle between the electric automaker and the nation’s largest bank.

In its counterclaim, Tesla accused JPMorgan of deploying “illegitimate machinations” and seeks declaratory relief that it does not owe the bank the additional funds.

“Last year, JPM obtained billions of dollars worth of Tesla common stock at a bargain price that the parties negotiated in 2014. Not content with this multi-billion dollar gain, JPM is now seeking, through this litigation cynical, to extract an extra nine-figure bargain from Tesla,” the lawsuit said.

The legal dispute began after Tesla’s Elon Musk posted on Twitter that he was considering taking the company private. He took up the statement but was sued by securities regulators. Musk and the SEC settled for $20 million. Part of the settlement required him to resign as chairman of the company’s board.

“JPM misused a Twitter post from August 7, 2018 – nearly three years before the warrant exercise dates – in which Elon Musk said he was considering taking Tesla private. Ten days after this tweet , JPM falsely asserted that the tweet constituted an announcement by Tesla of an extraordinary corporate transaction,” Tesla’s lawsuit said.

The stock warrants were arranged after JPMorgan handled a 2014 transaction for Tesla and allowed the bank to buy shares of the automaker at a fixed price, below market value, for several years. JPMorgan claimed Musk’s tweet impacted the value of those shares, leaving the bank entitled to an additional $162 million.

Tesla, which is represented by Alex Spiro of Quinn Emanuel, the attorney who successfully defended Musk against a defamation suit, is seeking to dismiss JPMorgan’s earlier lawsuit.

JPMorgan told ABC News in a statement, “There is no basis to their assertion. It amounts to fulfilling contractual obligations.

The duel lawsuits add to personal animosity between Musk and JPMorgan CEO Jamie Dimon. Musk prefers to do business with other banks, and JPMorgan recently signed an agreement to be the main lender to Tesla rival Rivian, the Wall Street Journal reported.

Miranda talks about Bruno and the “Encanto” phenomenon

Rodgers says once he retires he won’t be making any comebacks – 95.5 WSB