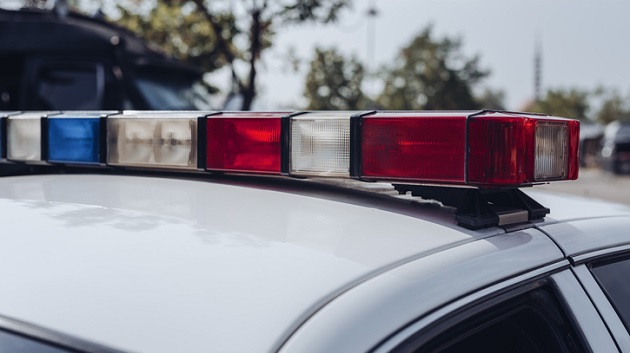 (HOUSTON) – Texas prison authorities have suspended inmate transports after a convicted murderer allegedly killed a man and his four grandchildren after escaping.

Gonzalo Lopez, 46, escaped from a prison bus after stabbing the driver in the hand and chest on May 12. Lopez was serving a life sentence for capital murder in Hidalgo County and attempted capital murder in Webb County.

“The TDCJ has temporarily suspended the transportation of detainees while the agency conducts a full review of its transportation procedures. If it becomes necessary to perform transportation such as release or an emergency medical appointment, additional security measures will be implemented,” the TDCJ wrote in a statement to ABC News Houston station KTRK. . “The agency is conducting an internal serious incident review and also intends to hire an outside firm to conduct an independent review to identify factors that may have led to (Gonzalo) Lopez’s escape.”

State Sen. John Whitmire, chairman of the Texas Senate Criminal Justice Committee, said the Texas Department of Justice should suspend transportation until safeguards are in place.

Whitmire calls for the requirement of three armed correctional officers on a bus that carries violent offenders with a trailing vehicle behind.

Currently, the state only requires two officers on the bus and there is no requirement for a car after transportation.

“As the investigation continues into what exactly happened with the recent escape and tragic murder of 5 members of the Collins family, we must act quickly to ensure that no other Texans are at risk of losing their lives. or being injured by an escaped inmate transported on Texas Roads,” Whitmire said in a statement ahead of the decision to suspend transportation.

Lopez escaped from a prison bus on May 12 after escaping from a cage structure and stabbing the driver. Lopez was being flown from Gatesville to Huntsville for a medical appointment.

Lopez, the driver and a second officer all exited the bus before Lopez returned and drove off in the vehicle.

Lopez remained on the run until June 2, when he allegedly murdered five other people before being shot dead by authorities in a shootout.

Officials allege Lopez entered the home of Mark Collins in Leon County and murdered Collins and his four grandchildren, who range in age from 11 to 18.

Authorities alleged that Lopez stole clothing, firearms and a white 1999 Chevrolet Silverado from the residence.

The victims were seen on the morning of June 2 and found murdered around 6 p.m. in the evening, authorities said.

Deputies from the Atascosa County Sheriff’s Office spotted the suspected stolen vehicle later that night and tracked it until officials were able to dispose of the spike strips that flatten the truck’s four tires at Jourdanton, nearly 250 miles from Leon County.

Authorities said Lopez fired the first shots with a rifle pointed through the window of the truck. The deputies returned fire, killing Lopez.

Prior to the shooting, Lopez was added to Texas’ 10 Most Wanted Fugitives list and officials issued a $50,000 reward for his capture.

On Broadway, more visibility, yes, but also an invisible threat