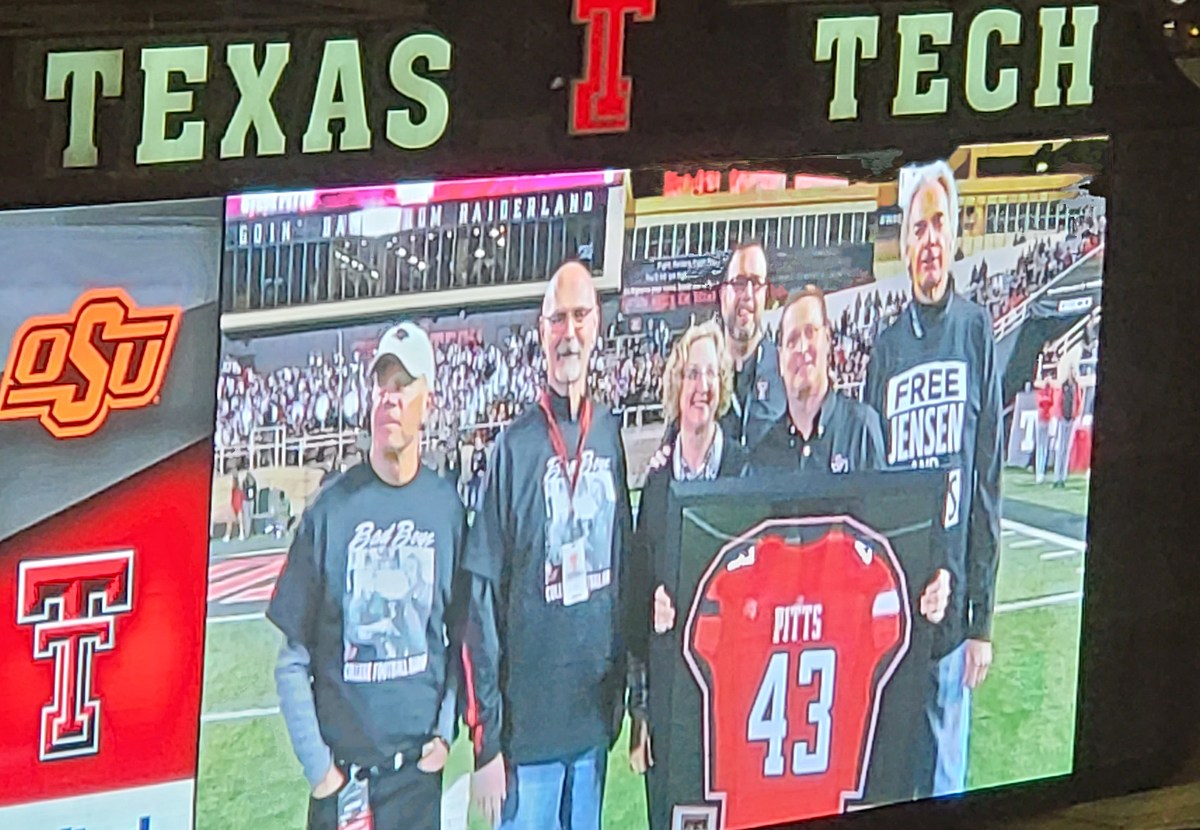 Saturday was Seniors Day for Texas Tech Football. The Red Raider Football seniors were honored ahead of the game against Oklahoma State, and there were a few other ceremonies during the game.

After the first quarter, Texas Tech Athletics paid tribute to Steve Pitts and the rest of the Texas Tech Sports Network radio team. Pitts is in his final season as an on-site producer / engineer for the Red Raider Football radio shows. For the past 43 seasons, these shows have aired on KFYO, Clear Channel Sports, ASRN – The All Sports Radio Network, Texas Tech University and Learfield.

Texas Tech director of athletics Kirby Hocutt presented Pitts with a No.43 Texas Tech jersey in honor of his years on the radio team. Pitts was also joined on the field by Jensen, Harris and Level.

Jensen and Harris wore shirts referring to their suspension status for the Oklahoma State game. The duo were suspended for one game by Big 12 commissioner Bob Bowlsby for comments they made during last week’s Texas Tech-Iowa State game that criticized the conference’s team of match officials. and Bowlsby himself.

Here are some of the best Black Friday deals you’ll find around Lubbock this year.

The 25 Best Paying Jobs in Texas

Here are 8 reasons Mark Adams will be an amazing head coach for the Texas Tech men’s basketball team.

How to watch TV, stream, listen in week 11

When am i contagious with omicron infection? – 95.5 WSB