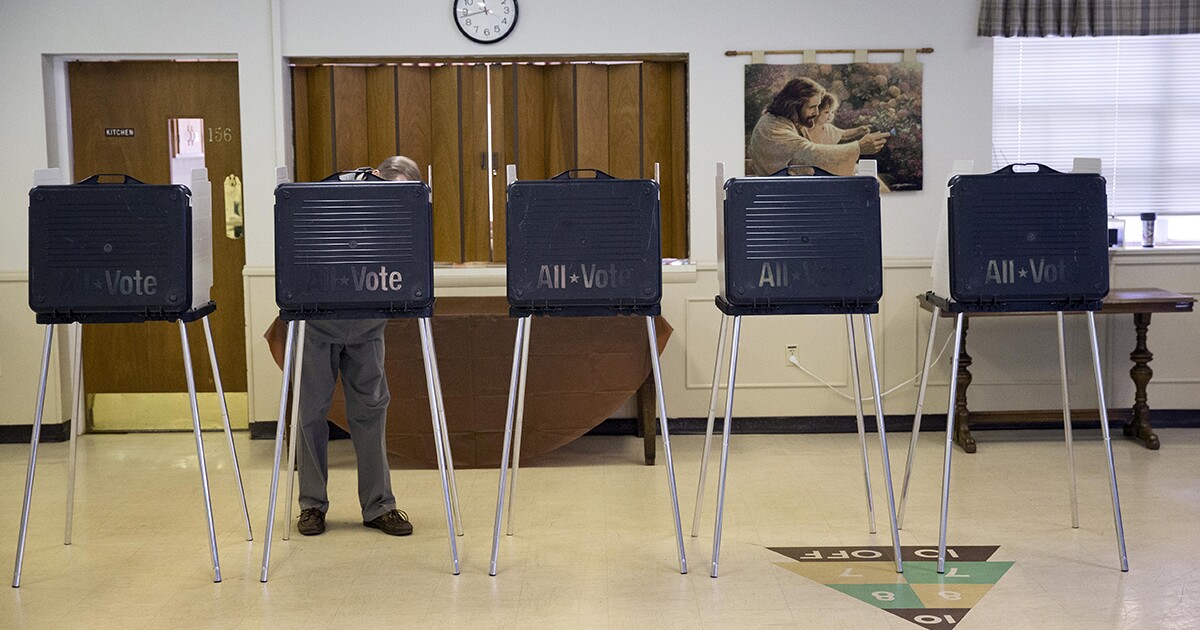 Tioga County to Not Offer Voting Machines for Election Audit

One of three counties targeted by a Pennsylvania state lawmaker for an Arizona-style “forensic investigation” into the state’s 2020 presidential election sought by former President Donald Trump will not allow third party access to its voting machines.

The three commissioners of rural Republican-controlled Tioga County announced the decision on Tuesday, six days after receiving a broad request for five pages of access to documents, information and equipment.

But, Democratic Governor Tom Wolf’s top election official, Acting Secretary of State Veronica Degraffenreid, says counties that the state would withdraw the certification of any electoral equipment subject to such access by third parties, rendering it unusable during an election.

The state would not reimburse a county for the cost of replacing equipment, she told counties last week.

“We cannot be in a position where we do not have the electoral machines, because we have to organize the next election, they are extremely expensive machines and our position is that we have to follow the direction that the secretary gave us, “said Gabriel.

Commissioners Chairman Roger Bunn, a Republican, said the county audited the voting machines and systems used in the 2020 presidential election, as required by state law, and did not found no significant problem.

Trump won in Tioga County three-to-one against Democrat Joe Biden, but Biden won the battlefield state by just over 80,000 votes, or around 1 percentage point, sparking a torrent of Trump’s baseless lies on massive electoral fraud.

No county electoral board, attorney or state official raised concerns about any widespread voter fraud in the November election in Pennsylvania.

Courts have dismissed Republicans’ claims of fraud or illegalities, and critics say an election audit is duplicating, given the county and state audits already carried out.

In any case, Mastriano’s request for information does not look at all like a post-election audit plan recognized by the election administration community, said Edward Perez, global director of technology development at the Institute. OSET based in California.

Masstriano had yet to comment on the Tioga County decision.

But speaking during an appearance at WEEO-FM’s Chambersburg studio on Wednesday, Mastriano appeared to blame the makers of voting machines for “threatening” counties to let third parties inspect their machines.

“At the end of the day, we can’t just have voting machines here that only one company that makes them can access,” Mastriano said. “They should be open and open to scrutiny by companies that the body lawmaker wants to hire, not the governor wants to bring in.

Two other counties targeted by Mastriano – Republican-controlled York County and the strongly Democratic city of Philadelphia – declined to comment on how they plan to respond to Mastriano or the potential cost of complying with his demands.

In his letter last week, Mastriano asks counties to respond by July 31 with a plan to comply with his requests and to propose a schedule “regarding the inspection, testing or sampling of the items.”

Mastriano also warned that the committee he chairs, the Senate Committee on Intergovernmental Operations, could vote to issue a subpoena if a county does not comply with his request.

Gabriel said Tioga County has not officially responded to Mastriano, but will do so by July 31.

Mastriano’s massive venture could cost millions of dollars, and major questions remain unanswered, such as who will do the work, how will it be funded, and where such a large amount of documents and equipment would be stored.

Officials from the Republican Senate leadership have remained silent on Matriano’s actions or their financial contribution. The Senate declared $ 66 million in its reserve account last year.

Private organizations raise funds for an audit, Matriano is rely on private funding, at least in part.

Matriano told WEEO-FM radio on Wednesday that he had not decided how to fund the audit, but said he was recommending three strategies, all of which involve a mix of public and private funding.

An MLB game will be called entirely by women