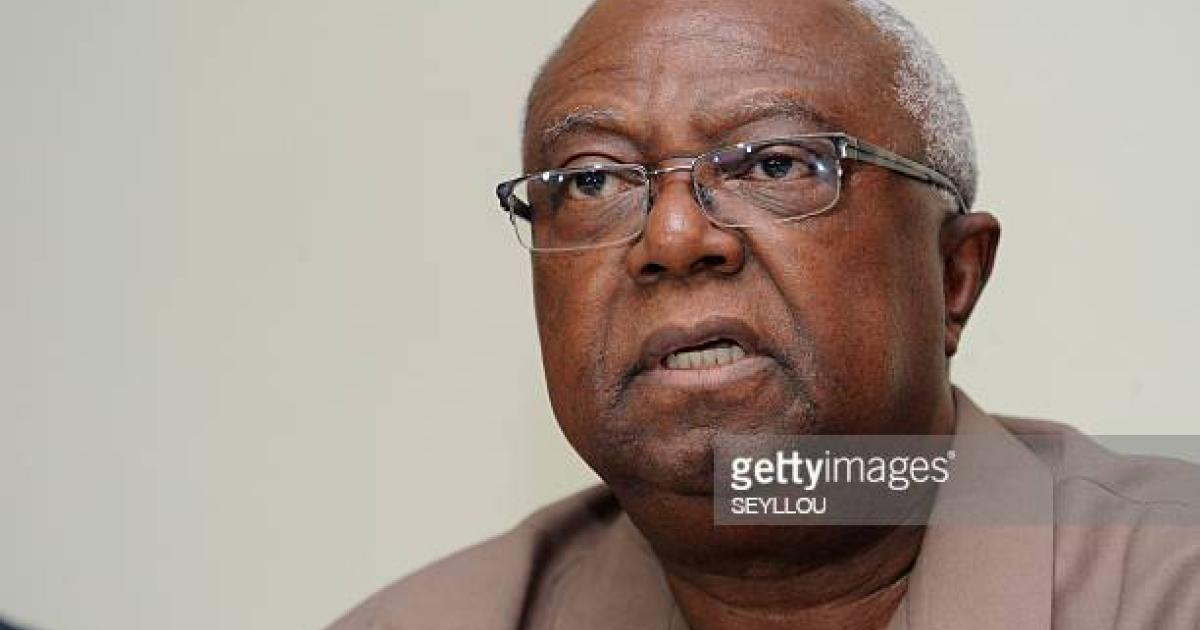 Between the end of 1990 and the beginning of 1992, almost all of my family members, including myself, sought refuge from the horrors of the Liberian civil war in the town of Fagonda, our home village in Wanhassa district, which was once part of Kolahun District, Lofa County. My aunt, Ma Molley, a rice and sugarcane farmer, hosted most of us in the family home at the front of town. I impressed my aunt and many townspeople with how quickly I adapted to the rigors of village life. Whether it’s helping to brush and prepare the snake-laden swamp for rice planting; or helping to cut, carry and grind bales of sugar cane at the sugar cane mill near Bolahun, or do other laborious work in the bush, I did my best with vigor and punctuality.

But there were days during this period when I would make an excuse to leave town late or come back to town very early. These were days when Professor Dr Amos Claudius Sawyer, President of the Interim Government of National Unity (IGNU), was to address the nation. Speeches and press conferences by Dr. Sawyer were usually broadcast on shortwave at 7.275 megahertz on ELBC. I was listening to the learned statesman through the very powerful shortwave radio receiver belonging to Paramount Chief James Lombeh, who lived two houses from our house in Fangonda. Alternatively, I would walk to the nearby town of Massabolahun to listen through an equally powerful radio receiver owned by local businessman Sekou Sangah. The sixty-year-old businessman who had befriended me liked to share his frustration with the changing political and military situation in the country. And in doing so, he also tried to impress me with his English skills, although the English he spoke could rightly be described as an English-Gbandi remix.

Listening to Dr. Sawyer speak was an opportunity to learn solid logic, deep philosophy, and excellent English grammar and diction all at the same time. His delivery, eloquence, rhyme and rhythm were superbly palatable and fascinating. In a way, the time I spent listening to Dr. Sawyer left me empowered and hopeful at a time of deep despair. It was also a way for me to restore some of the time the locusts had eaten up my school stay, after seeing my first-year education at the University of Liberia cut short in April 1990 or thereabouts when the escalation of the Liberian civil war led to the suspension of courses at the University.

In the fullness of time, the Omniscient Creator would be kind enough to lead me into several close and personal interactions with this revered intellectual icon. These engagements with Dr. Sawyer were intensified when I served as President of the University of Liberia Students Union (ULSU) from June 1998 to February 2000 and Director of Budget, Minister of Finance and Minister of Foreign Affairs of Liberia from 2006 to 2015. My bond with Dr. Sawyer became even stronger when he joined me in private life after his admirable service to our dear nation as Chairman of the Governance Commission. No longer regimented by the heavy work schedule imposed by the civil service, Dr. Sawyer and I usually met one-on-one for hours in his private Broad Street office or lunched at the Boulevard Palace Hotel.

During my four day visit to Liberia in July last year, I spent one of my most memorable moments with Dr Sawyer at his residence in Caldwell. He had returned to Liberia a few months earlier to continue his recovery from brain surgery and appeared frail and had to be assisted by a male assistant in his living room where I sat waiting for him. His face lit up with beams of joy when he saw me, then he smiled broadly with that infectious, disarming smile that was one of the most effective tools in his diplomatic toolbox.

As I approached to hug him and help him sit on the cushion chair, he said, “Hey Ngaf, I’m so glad you can come see me. Congratulations on the new job and for making us proud. How is Kampala? (Dr. Sawyer had graciously been one of my references when I was competing for my current position at the African Development Bank).

For more than two hours, we had productive discussions on a multitude of issues of national, continental and global importance, and our views were aligned on almost every issue. Often when he and I would meet, I would deliberately ask a question that would take our conferences back in time to his days as the interim president of Liberia. And he offered very insightful details or insights that gave me a deeper and fuller appreciation of the complex issues and challenges he faced at the time and the valuable lessons that could be learned from them. Although not too strong physically, he remained mentally and intellectually robust and incisive.

This interaction at his residence and many other prior personal interactions I had with him, including our 3 hour conversation in the lobby of the Sheraton Hotel in Addis Ababa in 2013 after a tiring day of meetings at the headquarters of the African Union, have only accentuated the truth in the adage that an hour of conversation with a wise man is worth more than ten years of study in the library.

At the end of our meeting at his residence, I asked the learned professor to take a picture with him, and he gladly agreed. He then insisted that he escort me to the porch on the way out despite my reluctance for concern for his physical condition. Grasping onto his walking aid, he took a few slow, difficult steps as I walked right beside him. When we reached the porch, he looked me straight in the eye, patted my shoulder, and said, “Have a good trip to East Africa. Let’s do it again whenever you’re back in town. And I said, “Certainly, we will.”

But painfully, this commitment to meet again was a commitment between two mere mortals. The Omniscient Creator and the Ultimate Timekeeper would eventually have His say. So, in this fateful 16and On the day of February 2022, the Ultimate Timekeeper called Professor Dr. Amos Claudius Sawyer there and sent the angels to escort his sweet soul to the land of eternal bliss. When I heard the sad news of Dr. Sawyer’s passing, I looked at the photos I had taken with him last July and tears started to well up in my eyes.

Tears rolled down my cheeks not only because our dear country had lost an intellectual, academic and professional colossus, but I had personally lost a good friend, someone whose friendship did not recognize age, religion, nationality, race, tribe, politics or other differences.

No book can contain enough pages to account for the innumerable contributions that Dr. Sawyer has made to Liberia, to Africa and to the world. Dr. Sawyer led the development of the Liberian Constitution, the Code of Conduct for Liberian Public Officials and many other instruments that have helped promote democracy and good governance in Liberia. At a very young age, he was willing to risk his life with other like-minded compatriots so that good democratic governance could live in Liberia. Dr. Sawyer’s multi-dimensional qualities were such that he had the courage to speak the plain truth even with bullets in his chest and the diplomatic dexterity to “tell a fool to go to hell in such a way that the fool would wait with looking forward to the trip.

Now Prof. Dr. Amos Claudius Sawyer, a man of learning and eloquence, a man of wit and courage, an intellectual of not insignificant stature, I consider myself extremely lucky to have had the ennobling privilege of crossing your path and consider me a friend of yours. As the legion of progressive comrades who preceded you convene a special Palava Hut session to warmly welcome you into their blessed ranks, we comrades across the Great River salute and shout “Amandla!”

Taylor Hawkins honored on radio by Howard Stern, Stations Around US