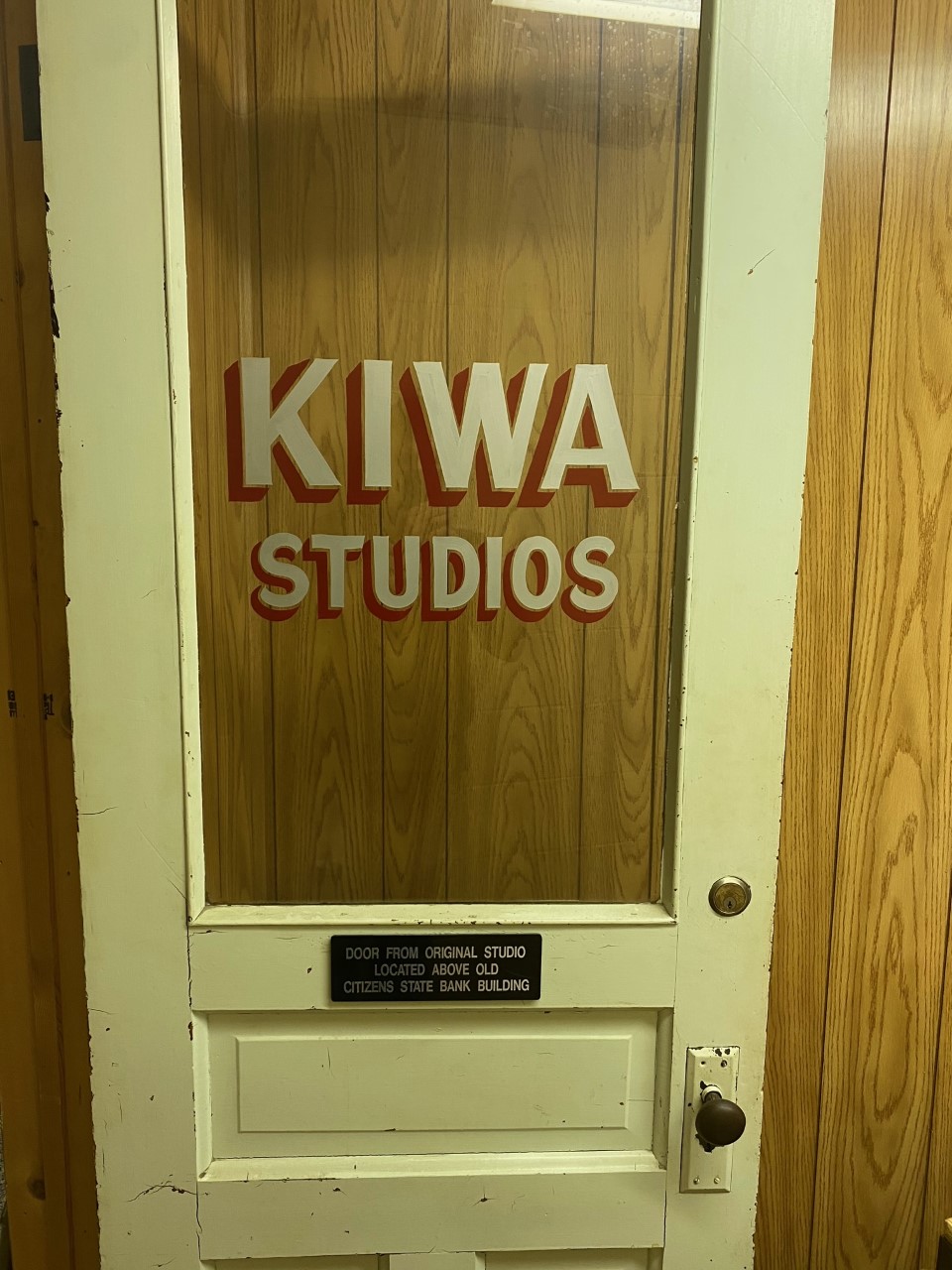 Sheldon, Iowa – On the morning of Thursday, October 26, 1961, a new AM radio station signed on for the first time.

It was this October morning that the KIWA-AM radio station began broadcasting in Sheldon. The station was owned and broadcast by Red Stangland of Sioux Falls, South Dakota, and remained under the ownership and management of Red until his death in 1995, when it was passed on to his family.

The first KIWA studios were located in the Sheldon National Bank building, located on the south side of 9th Street, just east of the 3rd Avenue intersection. This building had become notorious earlier that year after the daughter of bank owner Bernice Geiger was discovered for embezzling more than $ 2,000,000 from the financial institution.

From October 26, 1961, KIWA broadcasts only on the AM radio band, at a frequency of 1550 kHz. It wasn’t until 10 years later, in 1971, that KIWA built new studios and offices at the current location, 411 9th Street, and added an FM station that broadcast at 105.5 MHz. KIWA-FM later moved to its current 105.3 MHz dialing location. KIWA’s transmitters are located on the Sioux County side of Western Avenue in Sheldon, with the original tower replaced over 30 years ago to allow the station’s signal to reach a larger area. In recent years, KIWA has added an AM translator to 100.7 on the FM dial. This translator broadcasts the same programming as KIWA-AM, but allows a clearer audio signal to listeners, especially during the night hours.

From the start, KIWA was a “local” radio station, focused on listeners and what was important to them. Although the technology used by KIWA to inform and entertain Northwestern Iowa, Southwestern Minnesota, and Southeast South Dakota has changed dramatically over the past 60 years, the local focus of KIWA has not changed.

On behalf of the staff and management of KIWA Radio, I would like to thank you for your listening, your sponsorship and your friendship over the past 60 years. Here are the next 60.

Sheldon Town Center City Park which is where KIWA’s first studio once stood… ..