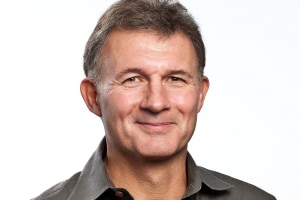 He replaces Joan Warner who resigns at the end of March. Ennals has an Australian family and will move from London to Sydney to start the role on April 4.

Ennals was the founding CEO of Digital UK, a consortium of UK commercial and public broadcasters comprising the BBC, ITV, Channel 4 and Channel Five, working to successfully convert UK homes to digital television.

At Digital Radio UK, Ennals led the UK radio industry’s transition to digital listening, working with the BBC, Global, Bauer and Arqiva, as well as automotive and technology organizations the Society of Motor Manufacturers and Traders and techUK, the UK government, and media regulator Ofcom.

“Australia is one of the most advanced and dynamic radio and audio markets in the world and I am truly delighted to join the Australian radio industry at what is an inflection point of his story,” Ennals said.

“It is an honor to be appointed CEO of Commercial Radio Australia and I look forward to working with the radio industry and all stakeholders to ensure that the radio, podcasting and audio ecosystem at large continue to thrive and reach their potential with both listeners and brands.

Ennals had a distinguished marketing pedigree working with global brands in senior roles in the UK and US. He has worked as chief brand officer for Mars, vice president of global marketing for Reebok, and president of global commerce for Nike’s US luxury division. In the UK, Ennals was CMO at Lloyds Banking Group and CEO of the direct division of Universal Music.

“Ford brings a unique combination of skills and experience to this role, having worked with major global brands with a deep understanding of marketing and customers, and having led the TV and radio industries into the digital age. in the UK with great success,” Blackley said. .

“After a rigorous global search for our new CEO, we are delighted to have someone of Ford’s caliber join the Australian industry at a very exciting time.

“I would also like to pay tribute to Joan Warner for an outstanding tenure at ARC, her dynamic leadership over the past 21 years has been instrumental in the growth of commercial radio in Australia.

“Joan has guided the organization through the development of several significant projects, including the industry-wide ad buying platform RadioMATRIX, the development of podcasting and voice technology initiatives, the launch of DAB broadcasts, the launch of our industry application and the move to a new audience measurement system, ARC is well placed to embrace its digital future.

Do you have anything to say about this? Share your opinions in the comments section below. Or if you have any news or tips, email us at [email protected]

In the face of natural disasters, amateur radio groups fill the communications void in rural California