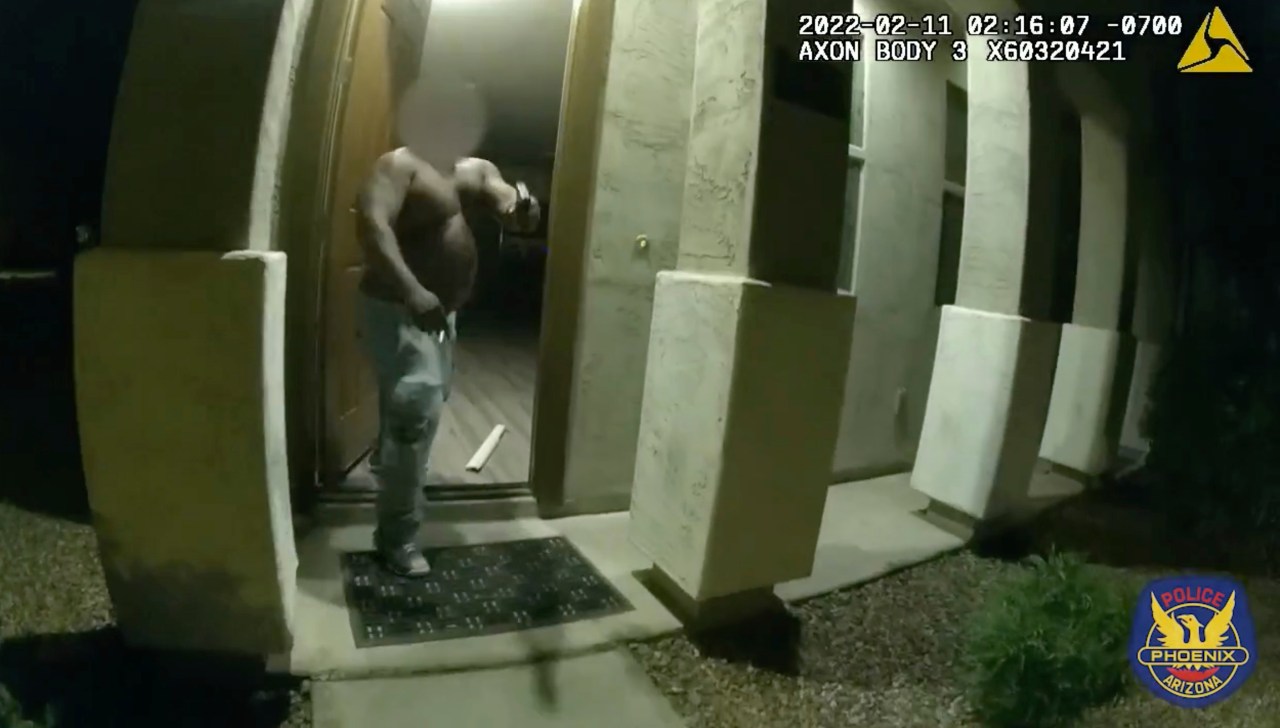 The brief but graphic footage showed a police officer walking towards the front door of a house where a woman was allegedly shot at around 2am last Friday. The woman later died.

Police were responding to a 911 call about the shooting.

“Come on. Come on. She is choking on her own blood,” a man said from the door arch. His face is blurred in the footage.

As the 23-year-old officer approached, he asked the shirtless man near the door who else was in the house.

“Just me,” said the man, who then raised a handgun and fired at least six shots at the officer, who was seriously injured in his right arm and was unable to return fire.

Shatifa Lobley, 29, of Phoenix, was shot inside the home during a domestic dispute, authorities said. Investigators believe the shooter was her ex-boyfriend, Morris Richard Jones III, 36.

Lobley died after being taken to hospital, police said.

The rest of the body camera footage could be released by next Friday, police say.

During the confrontation, Lobley’s brother came out of the house with a baby and put the child on the porch in a baby carrier, then walked towards the police.

But when officers moved in to retrieve the one-month-old girl, police said Jones opened fire again.

Jones was later found dead in the house. He died by suicide, authorities said.

Lobley and Jones’ child was unharmed.

The nine injured policemen were discharged from the hospital.

Netflix’s Swap Shop was originally on a WRGS radio station