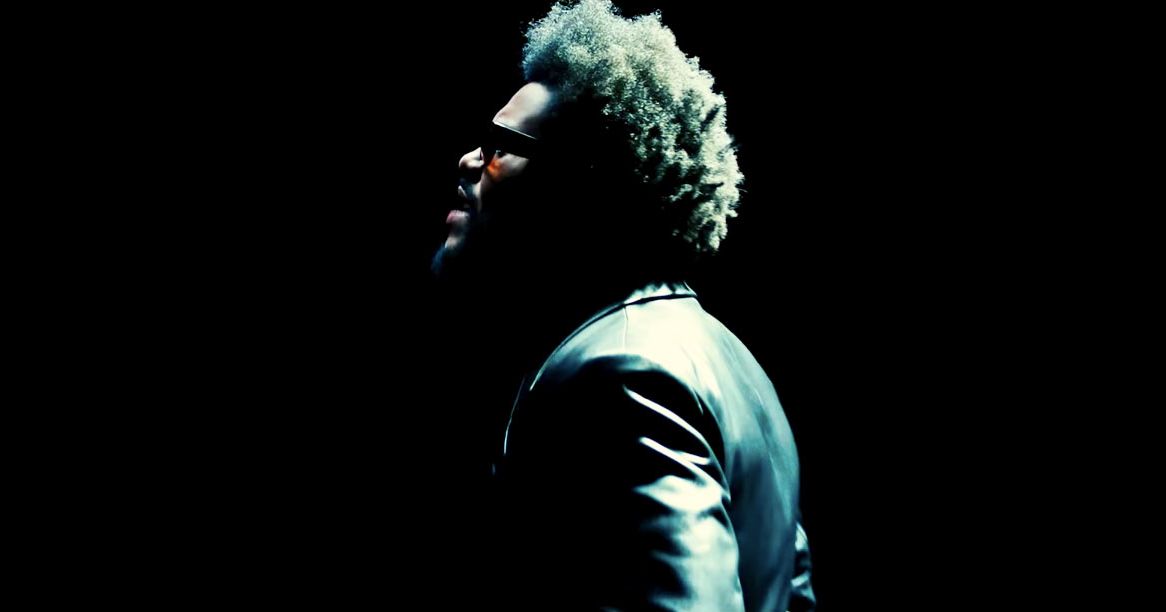 Dawn FM ends a journey that started with “I can’t feel my face”.
Photo: The Weeknd / YouTube

Lately, January has not been lenient. 2020 has arrived under the veil of fear of a new airborne respiratory virus wreaking havoc abroad; the first week of 2021 was marked by chaos on the United States Capitol and rumors of conflict with Iran. 2022 is only seven days old, but hundreds of thousands of people fall ill every day as we dream of virtual worlds, look into deep space for answers to our past, and ask how much future we have left. The all-consuming darkness of a protracted public health crisis forces a choice: to lean in or look away. Take stock of the complex and interwoven horrors we face this decade or seek peace in distraction or denial. Pandemic-era pop culture shares this dilemma. Creatives never seem quite sure what thickness to lean on, whether our culminating nihilism is best dealt with with terrible allegory or brutal frankness, whether our entertainment should even reflect our situation at all. Works like Adam McKay’s Do not seek and “This Funny Feeling” by Bo Burnham’s Inside, make cases for both.

The weekend After hours The album recorded the soundtrack of the first days of the pandemic, fitting in with the excited nervousness of an audience suddenly and indefinitely stuck in the house. The choice to drop an album as a wave of cancellations hit live concerts, awards shows, and television performances ultimately paved the way for worried pop music peers that an album’s release in 2020, without the help of the normal network of public appearances, is akin to screaming into the void. There was a certain comfort in seeing a semblance business moving as usual, and club closings couldn’t stop the single “Blinding Lights” – on which the born singer-songwriter Abel Tesfaye revisits the electro-rock attempt of Starboy‘S “False Alarm” with Swedish hitmakers Max Martin and Oscar Holter in tow – to storm the world charts. It was a weird job, a tune that tacitly evokes another tune (in this case, the 80s synth-pop classic and the top of the international charts “Take on Me” by Norwegian A-ha) without stepping on its toes. and without singing melodies. Set towards the end of an album that effortlessly skates through styles continued in previous versions of Weeknd – the trap drums and insatiable libido of “Often”, the sleek electronics of My dear melancholy, the trendy dance-pop of “Can’t Feel My Face” – “Lights” and the slower, gentler “Save Your Tears” suggested that Tesfaye had come to the logical conclusion of the sinister psychosexual excess that characterized The Weeknd. since 2011 House of balloons. He echoed the sentiment in a GQ interview last fall, suggesting his alter ego had its limitations and setbacks.

Last summer, the team responsible for “Blinding Lights” gathered on “Take My Breath”, the opening salvo of a New Era Weeknd. The song tiptoed across different genres, other countries and time as she donned a disco-accented guitar, crisp French house drums, ’80s synth textures, and watery organ sounds you’d rather hear in a 70s pop song. This week Dawn FM, his fifth album, completes a journey that began with “Can’t Feel My Face”, the singer’s first big crack on pure pop success. At the time, it looked like Tesfaye was overseeing the direction of the charts, tying his name to a sound that was a sure-fire path to smashing success. A few album cycles later, his talent for melodies grew to match the breadth of his ideas on new territories to explore. The new music revel in the joy the Weeknd feels as it throws its loyal listeners on repeat. Dawn FM is a slow pivot away from the downcast songs about cold self-gratification, recreational drugs and meaningless sex of the artist’s early works and a more assertive approach to musical exploration of Weeknd’s releases since at least Starboy, an album ambitious enough to send Daft Punk, Kendrick Lamar, Benny Blanco and Future but not yet accomplished enough to incorporate them into an impeccable job. Dawn tries a lot, often at a time, but the partnerships between Tesfaye and Daniel Lopatin, better known as Oneohtrix Point Never (whose uplifting balance of avant-garde sounds and pop intelligence fuels their collaborative work on past projects), and between Tesfaye, Martin and Holter find a useful balance. The hooks hit hard, and the production is full of surprises, unexpected combinations of ideas and disparate collaborators.


Dawn FM is arranged like a radio playlist performed by Jim Carrey, a slow slide from rhythmic love songs to moody ballads and back again, punctuated by heartbreaking commercials for imaginary products, taking inspiration from Lopatin’s latest album in his search for a perfect FM radio hour of the mind. He is lighter on his feet and on his mind than his predecessor in intent and execution. Tesfaye had worked on a batch of songs informed by an episode of pandemic depression and inertia last year, but began to yearn for a fresher approach. Instead of relying on scary stories of broken lives, he came up with a new concept to leave that darkness behind. â€œImagine the album as if the listener is dead,â€ Tesfaye said Billboard last fall. “And they’re stuck in this state of purgatory, which I always imagined to be like being stuck in traffic waiting to reach the light at the end of the tunnel.” The new songs trace the singer’s journey from a secluded location and the roller coaster journey of encounters, betrayals, and new suitors in his love life. Dawn draws its inspiration from the saccharine lyricism and funk robot of 80s soul, but keeps its gaze focused further. “Sacrifice” dresses up a snippet of Detroit singer Alicia Myers’ post-disco classic “I Want to Thank You” with the kind of abrasive dance-funk arrangement that populated Daft Punk. Homework album. (Daft Punk is as notable an influence here as he is on Starboy, but this sound is just a piece of Dawn FMthe complete tool kit of; There are as many smells of â€œEdge of Seventeenâ€ by Stevie Nicks on â€œTake My Breathâ€ as there are traces of â€œDa Funk.â€) Bulky synths and slamming drum machines abound. The vulnerable “How can I make you love me?” and “Don’t Break My Heart” reinvent the mellow sentimentality of “Hold On, We’re Going Home” in sparkling electro. These songs aren’t cheap knockoffs, however. These are piles of awesome shocks experimental ideas like â€œHere We Goâ€¦ Again,â€ which boasts Beach Boy production Bruce Johnston, a charming guest verse from Tyler, the creator, and backing vocals from Mike Love’s son Christian, floating on silky synths and harmonies magnificent.

Dawn FM is not so much a nostalgic trip as an exercise to get out of time. There’s too much gleeful anachronism going on to immerse it in the unsubtle ’80s revival that’s sweeping through pop right now. Dawn sees value in the smooth, synthetic sounds of the era, but rarely settles for a simple pastiche. (But when he does, he does it in an authentic way: the vocal assignments and drum lineup of ‘Gasoline’ evoke the exact moment when the British pop elite of the ’80s discovered hip-hop; no one else. on the radio does not touch freestyle music and urban pop like Dawnâ€œBest Friendsâ€ and â€œOut of Timeâ€ do, although Bruno Mars will probably make it one day.) The soul mates on this album are records like The Strokes’ The new abnormal, in which New York rockers adapt to the sunny New Wave with predictable ease; Tame Impala’s Slow running, in which Kevin Parker mixes disco, hip-hop and psychedelic rock in impressive forms; M83 Junk, in which French composer Anthony Gonzalez shapes mutant pop music from ersatz supermarket schmaltz; and Benny Sings Beat the band series where hip-hop, yacht rock, city pop and smooth jazz come together. This will likely be seen as a left turn for the Weeknd, and following the nightly reverie of After hours with a morning radio driving love record certainly indicates that this is some kind of new beginning.

You could argue that Dawn FM is just a blossoming of ideas that were there from the start. Balloon house creates cold R&B from samples of Siouxsie and the Banshees, Beach House and Aaliyah and elsewhere seems to nod to the stormy moods and massive drum fills of Phil Collins classics and the antics of R&B legends from the 90s like Jodeci. The music of The Weeknd has never been easy to understand, not since the mixtapes (and pivotal releases of Frank Ocean and Miguel) had a subgenre coined to explain their common interests in rock and R&B, but it does. has never been so deliciously slippery. (All that’s really missing at the time is a world tour. Will 2022 calm down long enough for that, or will we live to see another cycle of Weeknd albums inside?) After hours perfectly sums up all the places where Weeknd’s music had been; Dawn FM suggests that there is nowhere he cannot move this project forward.

Spotify versus. Radio: AM / FM still in the lead overall, 45+