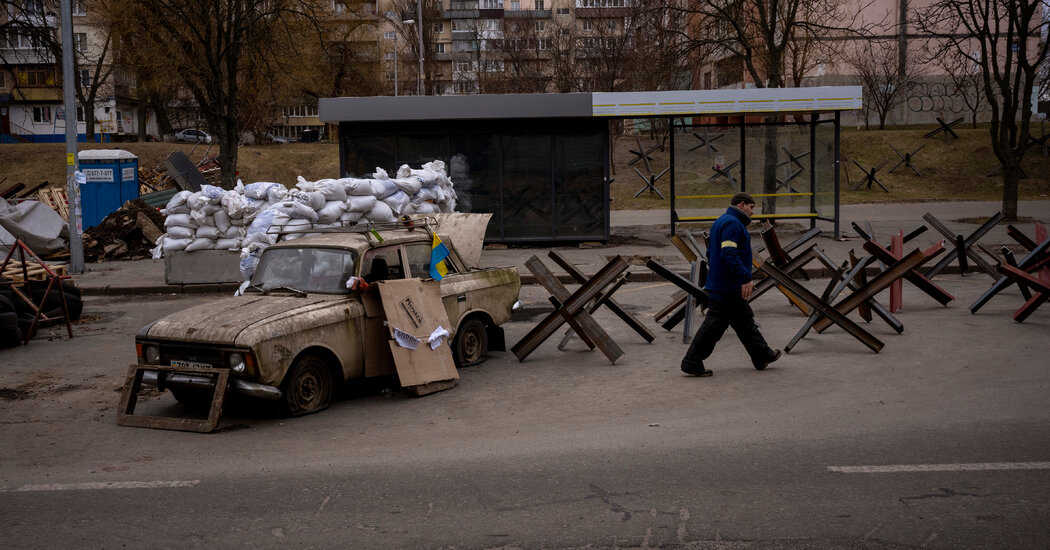 What happened on the 10th day of the Russian invasion of Ukraine?

Staggered by the explosions that hit the city, cut off from the heat during freezing nights and running out of food and water, the residents of Mariupol, Ukraine, have been trapped by Russia’s siege.

In interviews, residents and local officials of Mariupol, a port on the Sea of ​​Azov, described nightmarish conditions after five days of shelling by Russian forces around the city. On Sunday, city officials said they would attempt to resume an evacuation effort that had been canceled a day earlier due to Russian attacks.

“There is no electricity, no heating, no telephone connection. It is absolute horror,” said Petro Andryushchenko, adviser to the mayor of Mariupol. “People are drinking from puddles in the streets.”

The shelling destroyed the left bank area of ​​the city, he said, rendering it “unsuitable for human life”. The city was unable to accurately count the dead or even assist many injured due to the dam, he added.

“It never stops,” he said. “Anyone who tries to get out is risking their life. That’s why the mayor can’t ask people to do it, it would be like sending people to certain death.

Videos showed explosions rocking residential areas of Mariupol and setting off fires, as well as the ruins of shops and cars around the city.

“The shelling is constant and random,” said resident Diana Berg. “When you’re on the street, at any moment a rocket can land next to you.” She said people were still braving the streets to make fires to keep warm.

On Saturday, city leaders halted a planned evacuation due to shelling and accused Russian forces of breaching a temporary ceasefire that was meant to allow some of the city’s nearly half a million residents to escape. President Vladimir V. Putin blamed Ukraine for sabotaging humanitarian routes.

“As soon as we sent the cars home, the offensive attacks in that area started,” he said. The city, he said, was facing “a humanitarian catastrophe”.

Mr Andryushchenko, the mayor’s adviser, said city officials were suspicious of Russian forces even as they rounded up people for the planned evacuation, and could not send residents because the road was too dangerous . “There was no ceasefire along the entire length of the corridor and Russian troops continued to attack our positions,” he said. “That’s why we didn’t let people get on the buses.”

City leaders had not given up, Andryushchenko said, and were trying to broker another evacuation attempt through the blockade. “It’s literally our last hope,” he said.