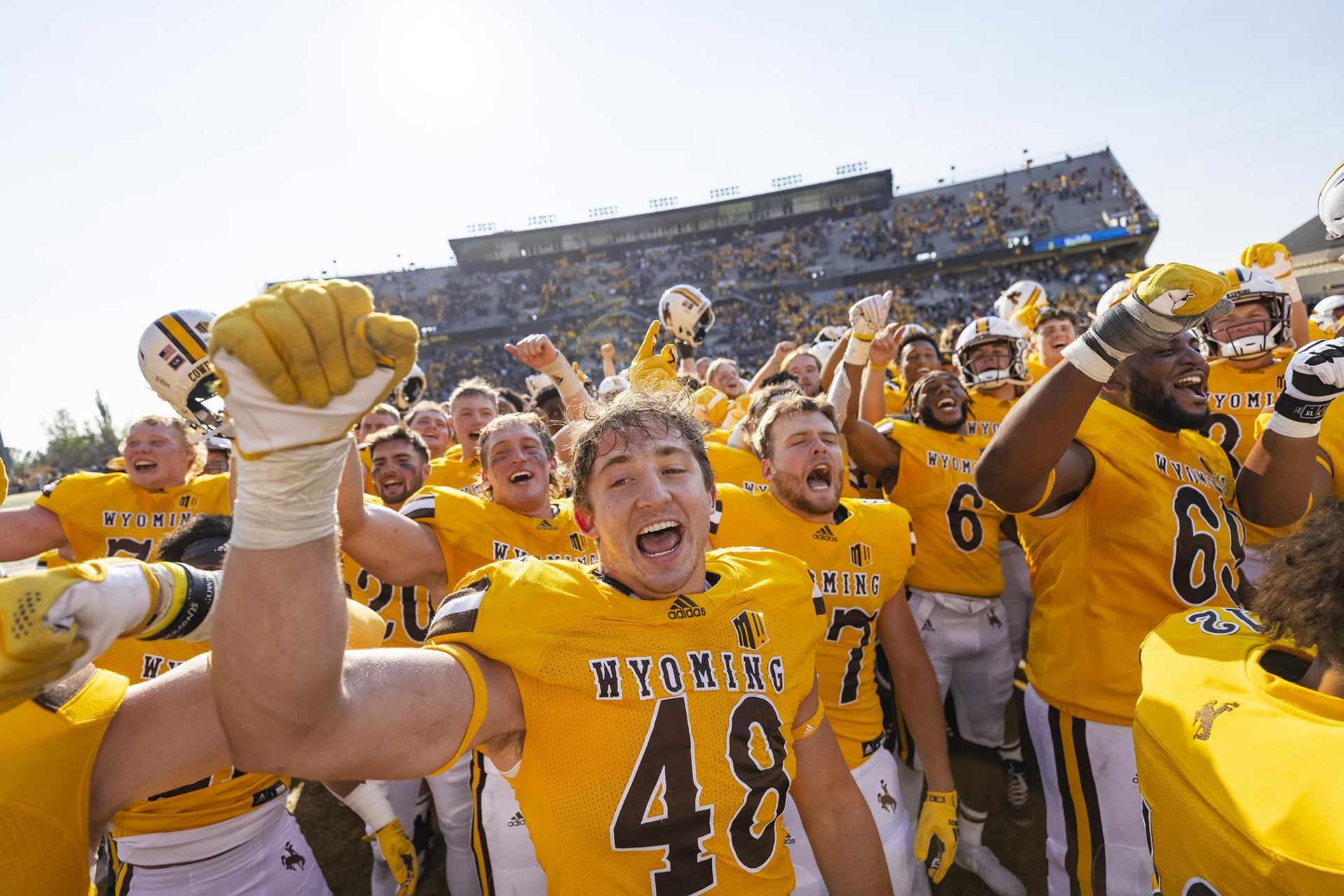 (Laramie, WY) – This Saturday, the Wyoming Cowboys return to War Memorial Stadium to host Ball State of the Mid-American Conference in a game between the last two Arizona Bowl champions. Saturday’s game kicks off at 2:00 p.m. MT.

In the 2019 Arizona Bowl, the Wyoming Cowboys won a 38-17 victory over Georgia State in Tucson, Arizona. Last year, the Ball State Cardinals beat the San Jose State Spartans by a score of 34-13.

For the second week in a row, the Wyoming Cowboys will face an opponent from the Mid-American Conference (MAC). Last week the Pokes surrendered and won in Northern Illinois. This week, Wyoming hosts the reigning MAC champions Cardinals Ball State.

In each of the Cowboys’ first two games this season, Wyoming scored a touchdown in the final two minutes of the game to secure wins. Against Northern Illinois, Wyoming scored a rushed touchdown with 1:35 left to give UW a 50-43 victory over the Huskies. In week one against Montana State, the Pokes’ winning touchdown was completed with a touchdown pass with just 47 seconds left.

Find a balance
Entering this season, the Wyoming offense struggled to develop a better balance between its rushed attack and its passing game.

In the first two games of this season, Wyoming’s offense has begun to develop the balance it seeks.

Wyoming generated 191 rushing yards and 204 passing yards in the victory over Northern Illinois for 395 total attacking yards. The rushing offense was responsible for 48.4% of the offensive output and the passing play generated 51.6%.

Chambers flaunts his talents and leadership skills early this season
Cowboy quarterback helps provide that offensive balance in 2021 Sean Chambers. His impact on the start of the 2021 season was critical to Wyoming’s 2-0 start.

Chambers led the Cowboys on winning orders of 75 yards in each of UW’s two wins.

He connected with a tight end Treyton Welch on a 21-yard touchdown pass to give the Pokes a 19-16 victory over Montana State on Sept. 4.

Then in Northern Illinois on Sept. 11, Chambers ran a bare bootleg and rushed into the end zone from nine yards to seal a 50-43 victory over the Huskies.

During the season, Chambers completed nearly 60% of his passes, 28 of 49 for 400 yards, three touchdowns and a single interception. He also added 67 rushing yards and a rushing touchdown and leads Wyoming with 467 total rushing yards. But beyond the stats, it’s the confidence he gives to his teammates that makes Chambers special.

Wyoming’s first interception was made by security Miles williams in the first trimester. It was Williams’ first career interception.

In the second trimester, security Rome Weber caught a deflected pass for his first interception of the 2021 season and the second of his career.

The last time Wyoming intercepted three assists in a single game was September 28, 2019 against UNLV.

Muma once again among the nation’s tackle leaders
Wyoming linebacker a year ago Chad Mouma ranked # 1 in Mountain West and # 3 nationally for total tackles per game at 11.8, and he ranked # 5 in the MW and # 16 in the FBS for tackles in solo (5.5 / game).

Xazavian Valladay Records 11th 100-yard running game of his career
Over the past two seasons, the Wyoming Cowboys’ most productive and consistent offensive weapon has been to return. Xazavian Valladay. Valladay once again showed his consistency against northern Illinois by recording the 11th 100-yard rushing game of his career. Valladay rushed for 101 yards against NIU. He currently ranks 7th in Wyoming history with 2,389 career rushing yards.

Isaiah Neyor Explodes for three hits
He hadn’t caught a TD assist in his first eight career games as a Wyoming cowboy, but wide receiver Isaiah Neyor changed all that in Wyoming’s victory over Northern Illinois on September 11. Neyor caught 33- and 19-yard touchdown passes against the Huskies while catching four total passes for 87 yards that day. And for good measure, he added his first career TD at five meters.

Wyoming are 9-5 against mid-American conference teams
Since 1996, when the Wyoming Cowboys first played against a Mid-American Conference team in Western Michigan, the Cowboys are 9-5 all-time against current MAC teams. UW is 4-3 against enemies MAC at Laramie, 4-2 on the road and 1-0 on neutral sites.